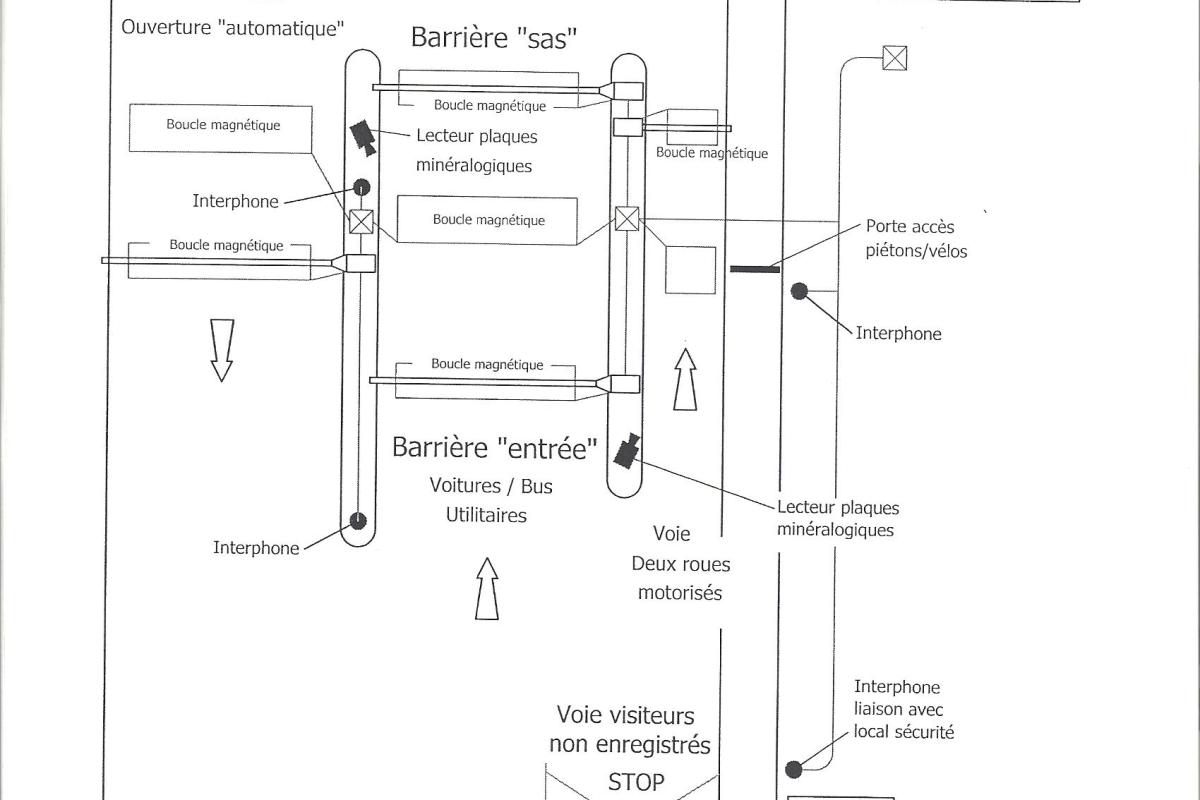 I live in a gated Domaine. Many of its residents are retired and one of their primary concerns is security. In the 6 years that we’ve lived here, it’s probably been one of our larger expenses. For example, the main entrance  has a barrier, closed circuit TV and 24 hour security. Parts of the Domaine, which border woodland, used to be easily accessible, but these have recently been enclosed with 2 metre wire fencing.

When we first moved here, daytime security was handled by a husband and wife combo. He was charming but she had a moustache and gave the French a bad name. She was impolite, unhelpful and a real jobsworth. I thought maybe she disliked the English but discovered she treated all the residents with the same contempt. Finally, they reached retirement age and were gone in a flash.

They were replaced by the security firm who handled the night shift. Yes, the job was outsourced. We now have a bunch of guys who add to the ambiance of the Domaine. They are charming, helpful, only too happy to take in deliveries and let in your visitors. If they see me on my bike, they all know to lift the barrier as soon as I’m within 30 metres of it.

The entrance to the Domaine had three barriers. One exit, where the barrier was triggered as you approached and lifted automatically (except for small cyclists like me), and two entrances. One of these was for residents and was opened either by a badge, an electronic beep, or by tooting at the security guard. The second entrance was for visitors who were obliged to call you on the adjacent phone and then you opened the barrier with a special telephonic code. Sometimes it worked, sometimes it didn’t.

On a fairly regular basis, someone would drive into one of the barrier’s stantions, knock it down and render the whole apparatus unworkable. Basically, the three barriers were too narrow for modern delivery trucks. When we returned from Melbourne last October, we discovered that the exit had been crushed. It remained that way for many months facilitating my exit from and entrance to the Domaine by bike. 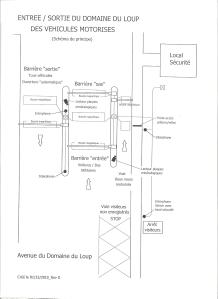 Three month’s ago we all received a document describing the workings of the new system. We would still have three lanes: one exit and two entrances. The exit worked in the same fashion but was now much wider. The principal entrance was also wider and had a double barrier. Residents were to advise Security of their car registration numbers, plus all those of their frequent visitors. A camera reads your registration number and lifts the first barrier which you then drive under. Only when that has closed will the second barrier open. Entrance two is very much narrower and is only for those of us on two wheels. Visitors without pre-approved registration numbers have to park their car in the designated spot and call the security guard from the adjacent phone. The guard then rings you for permission to allow them to enter.

Is this or is this not the perfect way to avoid unwanted visitors? You don’t give Security their registration numbers and when the guard calls  you just say ” I don’t want to see them, just say I’m not home”. The system does have many other advantages. The largely elderly population, and you do understand that neither my beloved nor I figure in this group, have numerous visitors on a daily basis for whom they used to have to procure badges or beeps at a not inconsiderable cost. They can now come and go with ease.

Of course, the main objective of all of these measures is to improve security within the Domaine, in particular, reduce wilful damage to residents’ cars and petty thefts. I suspect all it does is give the illusion of greater security, which might be sufficient for the peace of mind of afore-mentioned elderly residents. I’ll let you know when I reach “elderly” status.