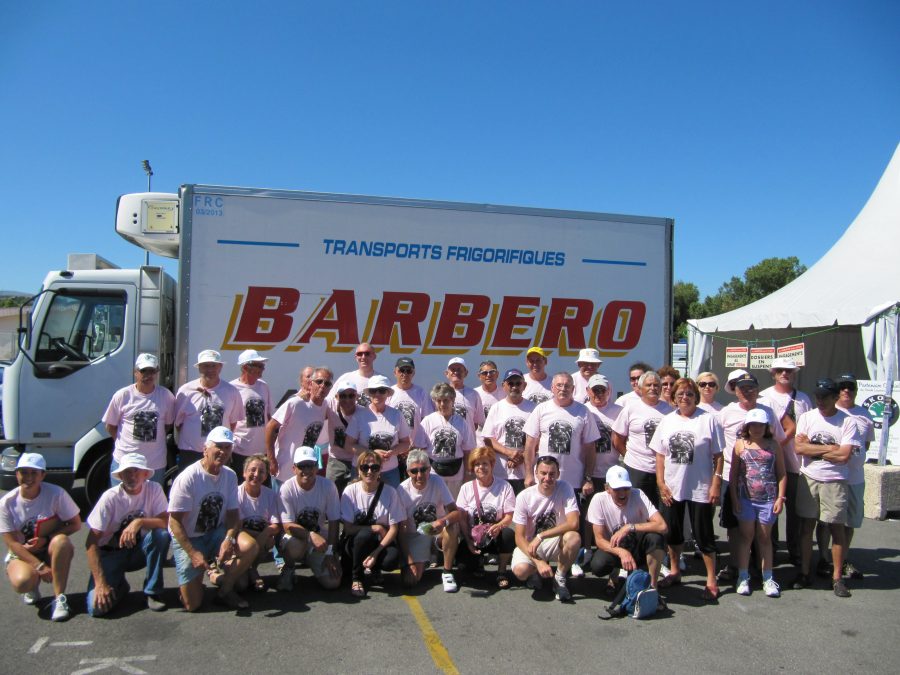 I have just spent all day pleasurably toiling in the warm sunshine handing out dossards and signing up participants for tomorrow’s, rather today’s event. If I’ve had such a tiring day why aren’t I tucked up in bed? Good question. I have been working in the kitchen to maintain my reputation as a domestic goddess. Tom III is packed to the gunwales with edible delights, mostly for the riders, but some for the volunteers, including a big batch of banana and maple syrup muffins for breakfast. In addition, I’ve made desserts for this evening’s post-race BBQ.

I had a complete change of heart largely brought about by the climatic conditions. Never, ever make meringues when it’s humid. I used the berries intended for the Pavlova in a summer pudding. The cream was used to make thyme-infused lemon creams and I whipped up a batch of chocolate rice pudding. M le President has also bought some fruit tarts. Let’s hope it all satisfies the hungry hordes who are facing a long day today. It all kicks off at 05:00. I’ll be leaving home in just over two hours. So exactly what is this all in aid of:-

On 12 March  2003, the Kazakh rider Andréï Kivilev, racing for Team Cofidis, tragically died from head injuries sustained in a fall on the 2nd stage of Paris-Nice.  Kivilev regularly trained on the roads of the Nicoise hinterland often in the company of his Kazakh compatriot, Alexandre Vinokourov. To honour  Kivilev, in 2006, the management of my cycling club decided to rechristen their annual randonée « La Laurentine Andréï Kivilev ».

The 6th edition of this event in Kivilev’s memory will,  for the first time, also include a timed cyclosportive, raced under UFOLEP rules, open to all entrants over 18. There are three different routes:

The first two routes can be ridden either as a cyclosportive or as a randonnee. Last year’s randonnnee event enjoyed unprecedented participation with 561 entrants  (2009 –  421) 342 of whom took part in 105km, 204 cycled 175km while a further 15  rode on the cycle tracks along the Var valley. We’re going to be hard pushed to break that number this year.

The prizes were awarded in the presence of the first secretary of the Kazakh Embassy in France, Mr. Anuarbek Akhmetov and Andréï’s widow, Nathalya Kivilev, accompanied by their son. A Kazakh journalist and film crew recorded the event which was subsequently shown on Kazakh television. It is anticipated that a representative from the Embassy will again be in attendance this Saturday, as will his son and widow.

The club had hoped that the addition of a cyclosportive would make the event even more attractive, particularly to those living outside the region and  overseas. But it’ll probably take us a few years to cement our reputation. A number of professional riders, including Alexandre Vinokourov, Amael Moinard and Geoffroy Lequatre have confirmed their participation. Ideal cycling weather is forecast: warm and sunny with just a light breeze. I wish I were cycling it……………………………

← Closing in on D-day
Kivilev post-mortem →