As with my Australian diary from early last year, I’m running a week or so in arears largely because of the difficulties of downloading the accompanying photographs.

Christmas Eve was spent shopping for food, particularly once I found out the market in Prahran wouldn’t reopen until Wednesday! The queue for the fish stall snaked out of the market and was tightly controlled by security guards. Our purchases were modest compared to many who seemed to be buying enough fish to feed (literally) the  five thousand. We purchased a dozen Tasmanian oysters for Christmas Eve.  In addition, my beloved was seduced by a dozen plump pink prawns while I bought a fresh fat lobster tail for Christmas Day lunch. With a couple of sourdough loaves and plenty of green vegetables, we were good to go and the fridge was groaning with possibilities.

Later that day, jet lag caught up on my beloved, who retired for what we’ll call a very long power nap, while I went for a prowl round the neighbourhood to check out some of its more promising restaurants. Many wouldn’t reopen until 3 January but, thankfully, a number would be flinging open their doors on Boxing Day. After all,  I didn’t want to spend the entire holiday cooking. Or did I?

Much later my beloved roused himself for a pre-dinner drink and I began the arduous task of preparing dinner. Some energetic shallot chopping was all that was required for the perfect Christmas Eve dinner. Six, small, plump, creamy, oysters apiece sprinkled with red wine vinegar and shallots, a slice of sourdough, a glass of champagne and a handful of ripe, ruby-red cherries – heaven.

Friends from home had arrived in Australia by way of Singapore on Christmas Eve, I joked on Facebook that I’d see them on the beach on Christmas Day. Christmas morning was glorious and we were out early, riding and runnng along the seashore. Afterwards, we stopped by a juice bar for a reviving shot and bumped into our friends. What were the odds of that happening? Our friends have two adorable boys who seemed totally unaffected by jeg lag, not so their parents.

Back at the flat I whipped up lobster spaghetti for lunch and we finished off the cherries. Despite the furnace-like heat, we went for a stroll to stretch our legs before retiring to the air-conditioned cooled flat, a night in front of the television and those plump prawns beckoned. 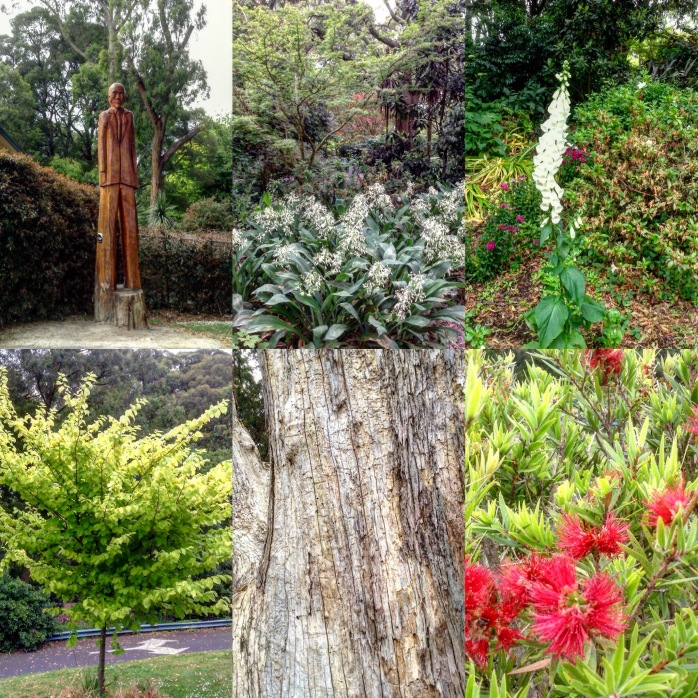 Our days settled into a rythmn of exercise in the morning, lunch out, sometimes with our friends, some work in the afternoon and then evenings spent locally or watching Twenty20 cricket, either live or on the television. The produce from the market was just too inviting to pass up and I probably threw together more meals than I intended. There are so many organic and healthfood shops in Australia, even in the smallest of towns, and all have a fantastic array of produce ideal for my regime, so cooking was a real pleasure.

Enough of food! Our time was spent exploring pastures new and visiting old favourites. We explored the Dandedong Hills perfect for a spot of hill climbing, as well as the gently undulating coastal route from  St Kilda.  As you know, I love a spot of pavement pounding and window shopping which took in South Yarra, Windsor, Melbourne CBD, Richmond and Prahran. No small lane or side street was left unexplored. 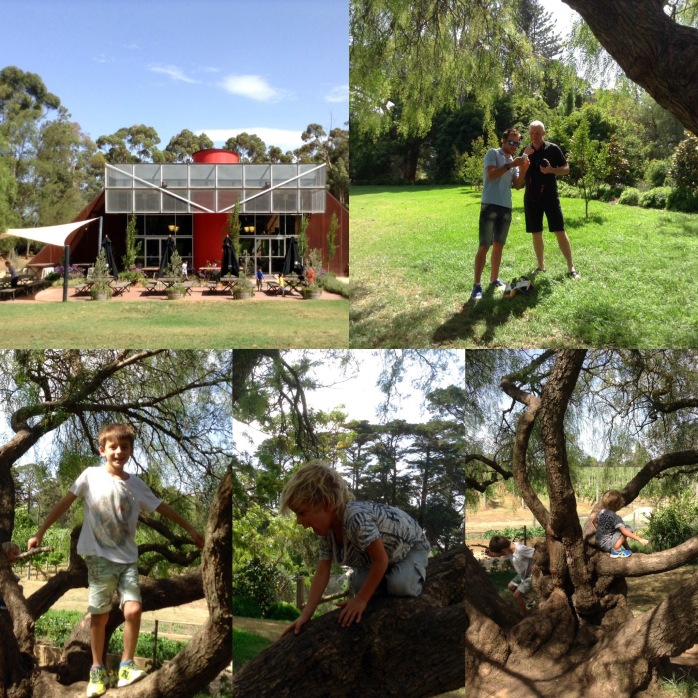 When I spoke to one of my brothers-in-law on Christmas Day he was astonished to discover we’d not been touring the wineries however we did visit a few, largely to eat in their excellent restaurants. We also had a trip back to the Yarra Valley to two of our favourite spots, Healesville, home of the best scones ever (according to my beloved) and some lovely deli shops, and Yarra Glen, home to the Chocolaterie and Ice Creamery. See we’re back to food again.

The weather veered from one extreme to the other. We froze, or rather, my beloved froze at our first Twenty20 match – I’d had the foresight to take a fleece. The mercury then shot up to the furnace-like late 30sC. Then we had plenty of wind, which always seemed to be a strong headwind on the way back from a ride. Next up torrential rain and flash floods for the second cricket game on 29 December, held thankfully under a covered roof. The Renegades conceded victory to the Perth Scorchers on the last ball of the game, and lost Dwayne Bravo to a hamstring injury. How unlucky was that!

We had a great view of Melbourne’s magnificent firework display from our balcony on New Year’s Eve to accompany more oysters and champagne. On New Year’s Day, more lobster this time in a homemade yellow Thai curry sauce served with black rice that thankfully tasted much better than it looked.

It was still drizzling on New Year’s Day for the Stars v Renegades derby match at the MCG, a magnificent ground with 100,000 capacity. 70,000 turned up for the match which was an edge of the seat thriller where the Renegades turned the tables on their star studded neighbours. Monday was grey and overcast, so we spent it exorcising the weekend’s excesses!

On 3 January, my beloved flew up to Sydney for the day to meet with a customer while I indulged myself. There’s nothing quite like a spot of relaxed pampering. I also spent hours in the local bookshop and a few more cookery books may have made their way into my luggage.

Wednesday, we emptied the fridge for breakfast and lunch, and dined out in a nearby Mexican restaurant. The time had flown and sadly our stay in Melbourne had drawn to a close. We’d had a wonderfully relaxing time, seen much more of the area though there was still more besides to see which we’re saving for a future trip. Our friends had moved on to Tasmania but we’d be meeting up again in Adelaide. Next up, a three day drive to Adelaide, long enough to take the time to visit a few new (to us) places and enjoy the flora and fauna en route.