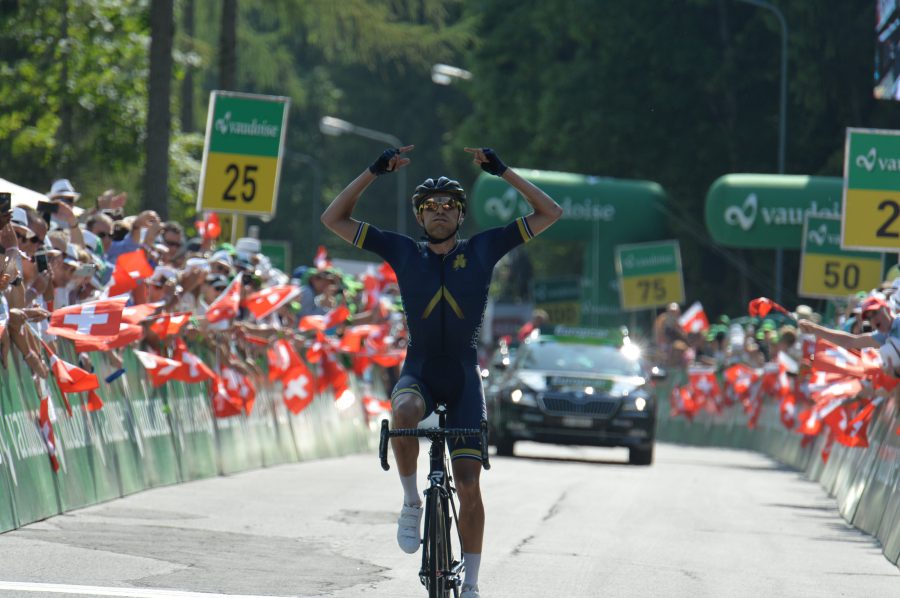 I love watching cycle races. I enjoy them even more if friends are competing but nothing tops watching one of your friends win. As a cyclist, you’ll lose more races than you’ll ever win, period. Doesn’t matter who you are or how good you are, you’re going to lose more often than you’ll win. I think this is what keeps riders humble.

Fans often become frustrated by what they see as negative tactics when riders seek to conserve their position in the overall general classification rather than risking it all on a do or die attack. Which is probably why those riders known for their attacking style, and willingness to shake up races, are so popular with the fans.

Fans also love it when a rider takes their first ever professional victory. Often this’ll be from a breakaway with the peloton breathing down their necks, where we’re hoping and willing them to succeed over those last few hundred metres or so. We’re screaming at them not to look around, to just pedal. Pedal as hard as they can to get across the white finishing line. And when they do, it’s so sweet. The spectators will be in appreciative raptures while the rider will be so overcome with emotion that he’ll have collapsed into the arms of his waiting soigneur or be lying on the ground gulping air.

Goodness knows what my neighbours thought yesterday during stage four of the Tour de Suisse, when American Larry Warbasse, a key member of my crack cake tasting team, earned his first WorldTour victory. He and three others escaped on the 142km course from Bern to the summit finish in Villars-sur-Ollon. Larry shed his breakaway companions on the uphill finish, managing to stay ahead of the fast-closing peloton containing the favourites for the overall classification. Aside from tweeting encouragement, I was screaming so loudly at the television, Larry could probably hear me in Switzerland.

This was Larry’s first-ever professional victory. He’d started his career in the BMC development squad, spent two-years with the BMC Racing team followed by two years with another Swiss outfit, IAM Cycling which folded at the end of last season leaving Larry desperately seeking another berth and wondering whether this might be the end of his racing career. Fortunately, it wasn’t. He’s dropped down to Aqua Blue Sport, a Pro Continental rather than WorldTour team whose owner, Irishman Rick Delaney, has espoused a holistic rider-centric philosophy which is yielding impressive results. In only their first year of racing, the team has raced aggressively and animated every race in which they’ve participated. An approach which has garnered invitations to prestigious WorldTour races such as the Tour de Suisse and, amazingly, a grand tour, the Vuelta a Espana.

The team’s approach, his hard work ethic, plus being reunited with his coach from his days at BMC, Bobby Julich, has helped Larry to further shine this season with top-15 finishes in the Tours de Sarthe and Yorkshire and top-10 finishes in the Tour des Alpes and Norway. I just felt he was on the cusp of a victory and how lovely that it should come in a race he clearly adores. Unsurprisingly, since I know he’s a charming and really lovely guy, it was a very popular win in the peloton with many like Alex Dowsett (Movistar) showing their support.

Every so often a guy wins and the whole peloton is as happy for him as they would be themselves or a team mate. Today it was @larrywarbasse

It was an emotional victory with Larry shedding tears of joy (and relief) and many of us, me included, joining in.

This is what bike racing is all about – chapeau Larry. Now let’s just re-live those last few kilometres (with French commentary) and keep your ears peeled for my screams of encouragement.

Even sweeter, another friend Damiano Caruso (BMC) took the leader’s jersey at the end of the stage.