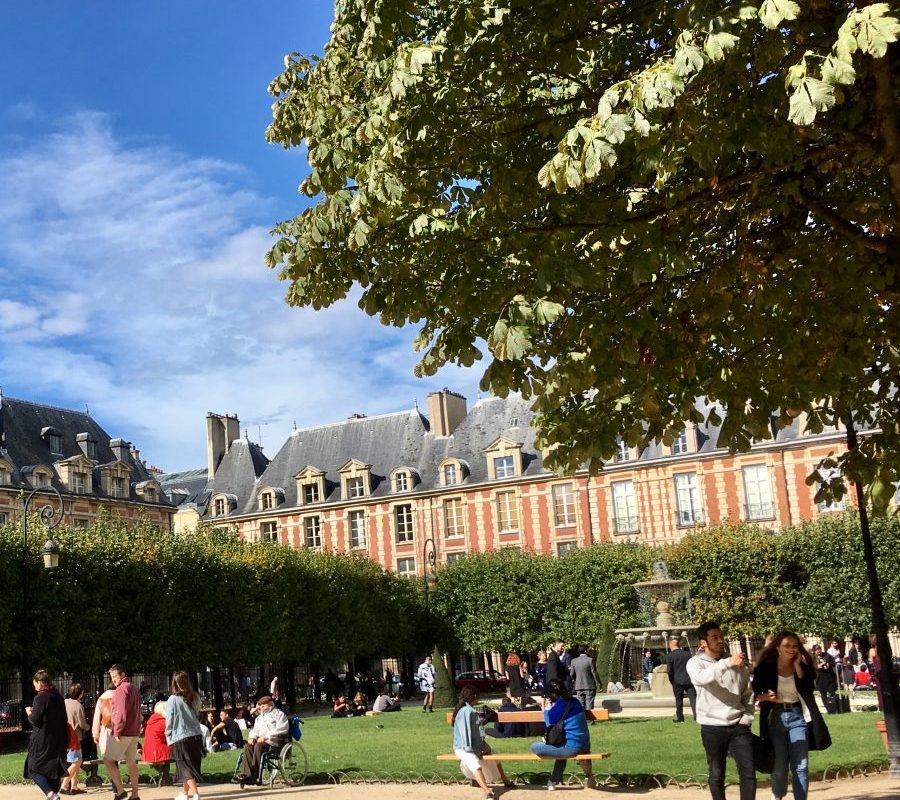 Strictly speaking this is a postcard from Le Marais though, on one of our many walks, we did stray into the 1st arrondissement. On our return, plenty of people asked us where we’d stayed in Paris. When we said “Le Marais” no one, not even the French, including ones who are frequent visitors to Paris, had heard of it – incroyable! 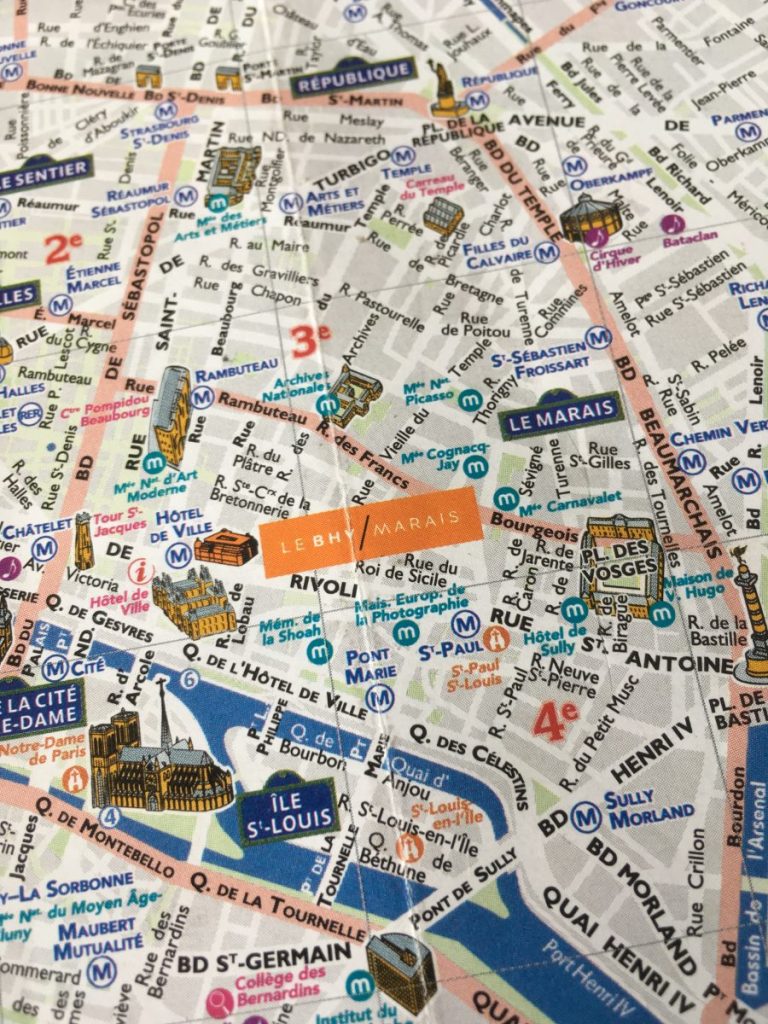 Le Marais is a historical district located to the east of the centre of Paris, on the right bank of the river Seine. It occupies the 3rd and 4th arrondissements which extend from the Centre Georges Pompidou in the west, Republique to the north, Bastille to the east and the Seine to the south.

The area was largely grazing land until 1361 when Charles V, King of France, started building the royal residences of Hotel Saint-Pol in the eastern part of the Marais which encouraged other noble families to populate the area until the Royal Court moved to Versailles. Subsequently, the area became a working-class neighbourhood attracting waves of immigrants which now account for its eclectic and vibrant atmosphere. 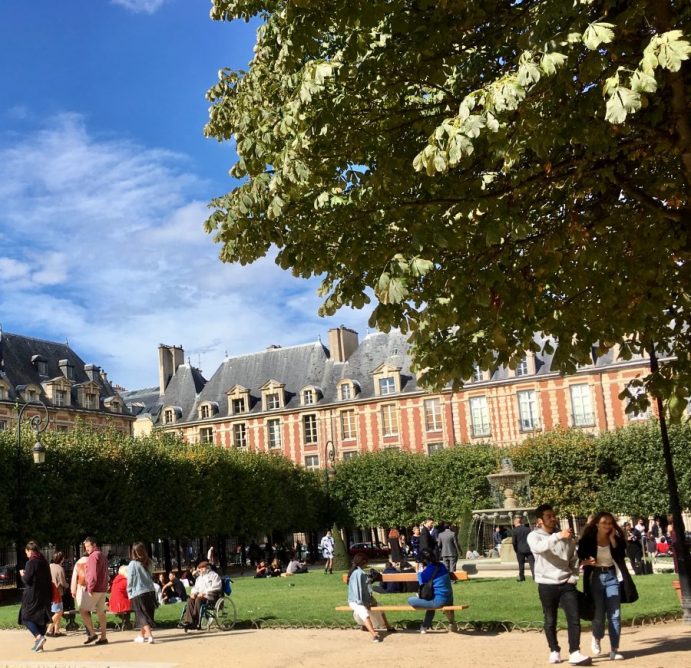 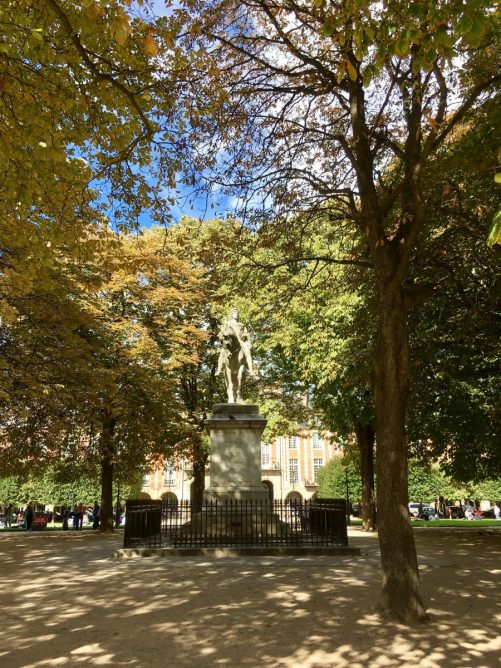 Fortunately, those long-abandoned buildings have largely been restored to their former glory – if not their former use – including the oldest square in Paris, Place des Vosges (pictured above). But that’s not all.

Because of the area’s rich history, there are many architectural highlights in Le Marais, such as the Saint-Paul Saint-Louis Church built in 1641. Another iconic building is Paris’ City Hall, alongside the Seine, which is a wonderful example of Neo-Renaissance architecture and where we saw the Design &  Artisanat d’Art exhibition which showed just how many artisans are still working in ateliers in Paris, many in Le Marais.

It’s an area popular with Parisian families so at the week-end the place buzzes with the children enjoying the area’s many green spaces, and benefitting from the last rays of summer to enjoy a drink or meal at one of the area’s many restaurants and cafes. There’s also a wealth of food shops including many by famous names such as Pierre Hermé and Christophe Michalak which just had to be visited along with the Marché des Enfants Rouges, the oldest market in Paris which has some fabulous food stalls. 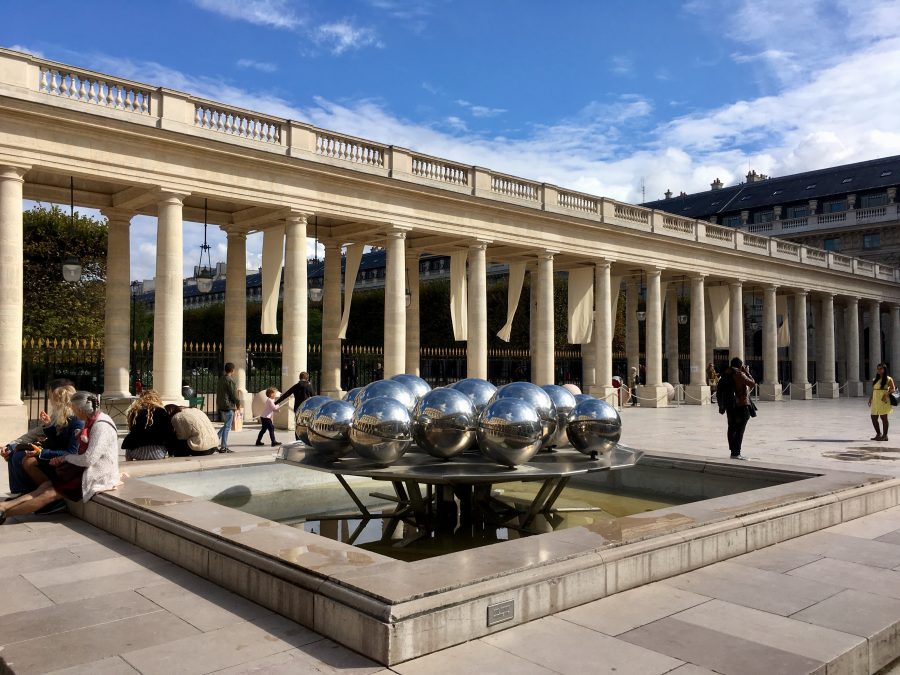 The weather was much better than anticipated and consequently we walked all over Le Marais finding something to wonder at on almost every corner. Because we’d had the opportunity to go around so many buildings not generally open to the public over the European Week-end of Patrimoine, we only visited one museum on Tuesday morning. the Musée Cognacq Jay which housed the largely 18th century art and objets d’art collections of  Théodore-Ernest Cognacq and his wife Marie-Louise Jay, founders of La Samaritaine department store, now owned by LVMH and shortly to be redeveloped. 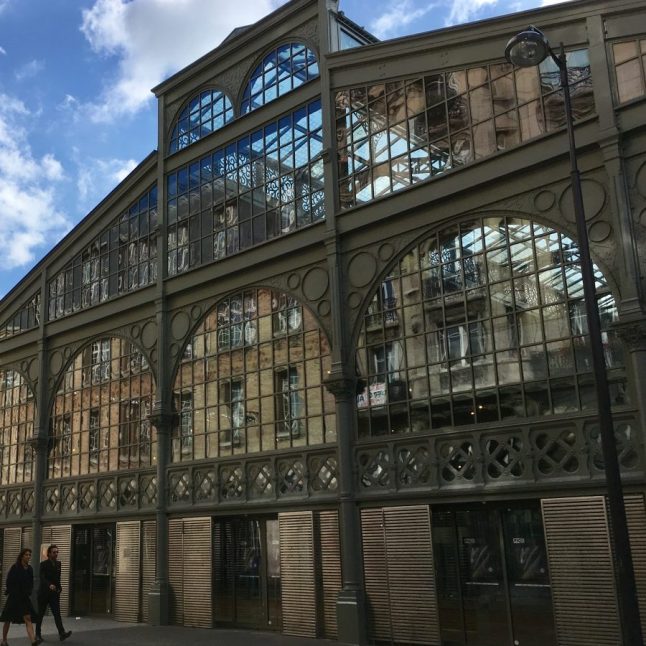 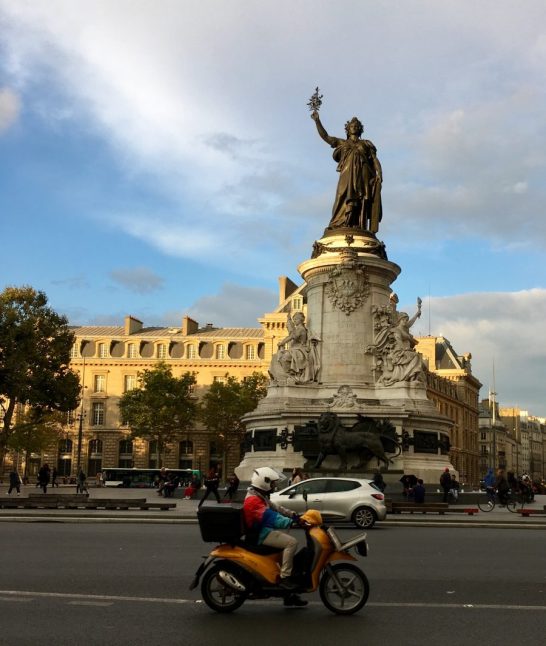 However, there’s still plenty for us still to visit on our next trip to Paris.

Leave a Reply to Yeah, Another Blogger Cancel reply