My beloved has spent much more time at home this year which means I’ve radically reduced the amount of meat he eats and upped his veggies. That way I need only prepare one dish for us both, rather than two separate ones. The other day I picked up some robust spinach from the market which coincided with a delicious vegetarian recipe from Rachel Roddy in the Guardian who claims she was inspired by a Tuscan recipe from Lori de Mori’s book Beaneaters and Bread Soup.

I thought the recipe would work wonderfully as a main meal for my beloved and then again the following day as a side dish with a piece of steak. It’s a straight-forward recipe but like most good things it’s not instant but at least it’s not time-consuming nor difficult. It’s just a layer of well-seasoned spinach, covered with a thick, duvet-like layer of  egg-enriched cheese sauce enrobed in crisp breadcrumbs. The latter are important to provide a nice contrast to the tender baked spinach and cheese sauce.

Ingredients (serves 3 sides, or 1 main and 1 side) 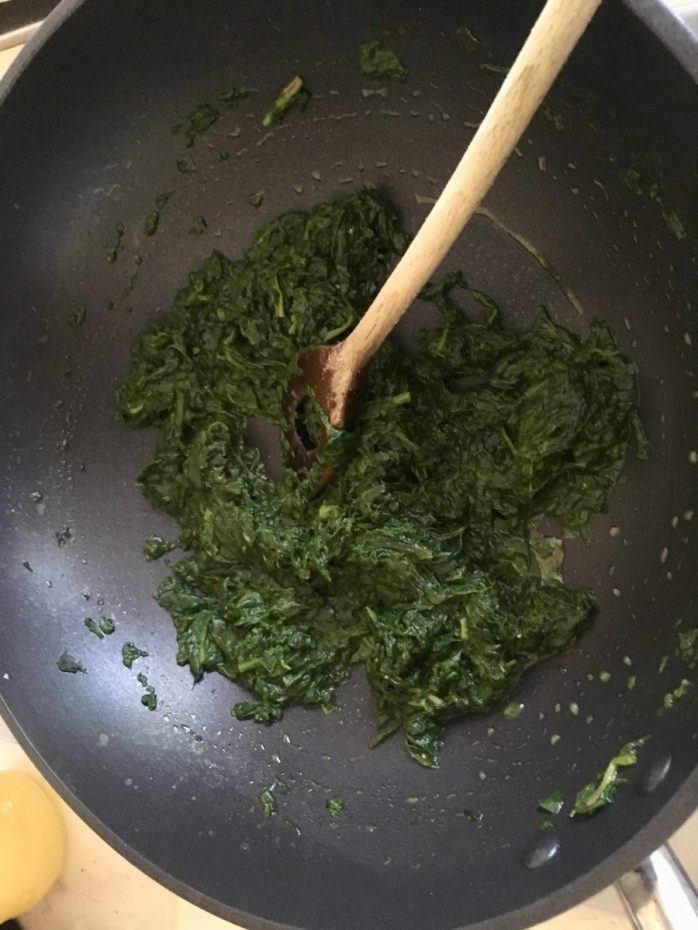 1. Set the oven to 180C/(fan 160C)/350F(fan 325F) /gas 4. While still wet from being washed, put the spinach in a large pan, cover and cook on a medium heat. After 3 minutes, give the leaves a prod and a stir, then continue cooking until the spinach has collapsed and it’s tender.

2.Drain the spinach. Once cool enough, squeeze it with your hands to eliminate as much water as possible.

3. Warm the milk and bay leaf together until almost boiling, then remove and let it sit for 5 minutes to infuse. 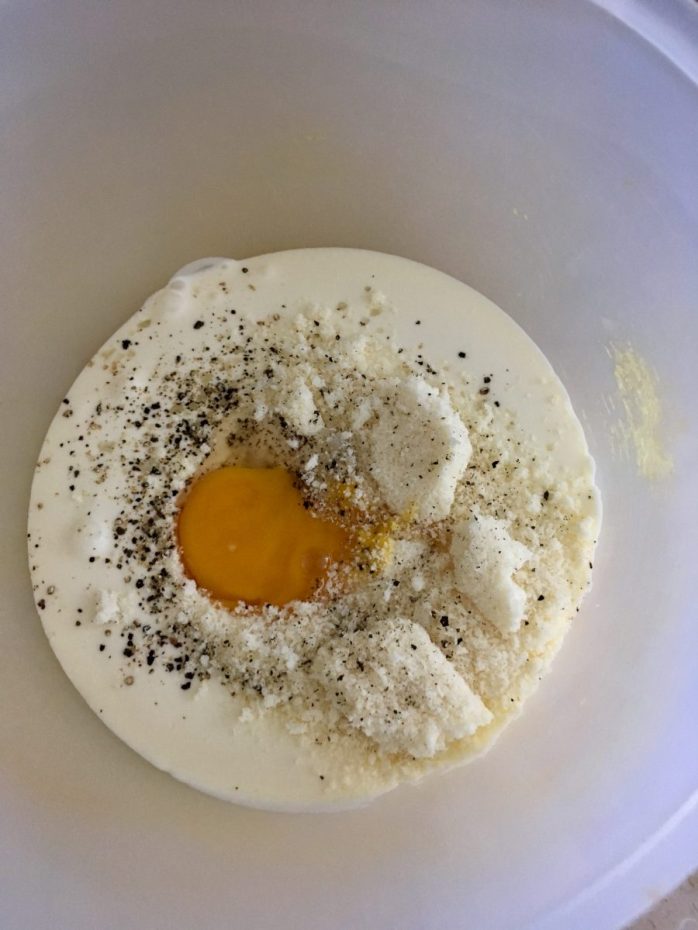 4. Heat the butter in a heavy-based pan. As soon as it starts to foam, whisk in the flour. Keep whisking steadily for 2 minutes, then pull from the heat. Add a little of the infused milk and whisk to a smooth paste. Return the pan to the heat, then add the remaining milk, whisking continuously until it almost boils. Season with salt and black pepper. Lower the heat and simmer, stirring and whisking frequently for about 10 minutes, or until the sauce is thick. Allow to cool. Add 20g parmesan cheese, the egg and egg yolk and whisk into the sauce. 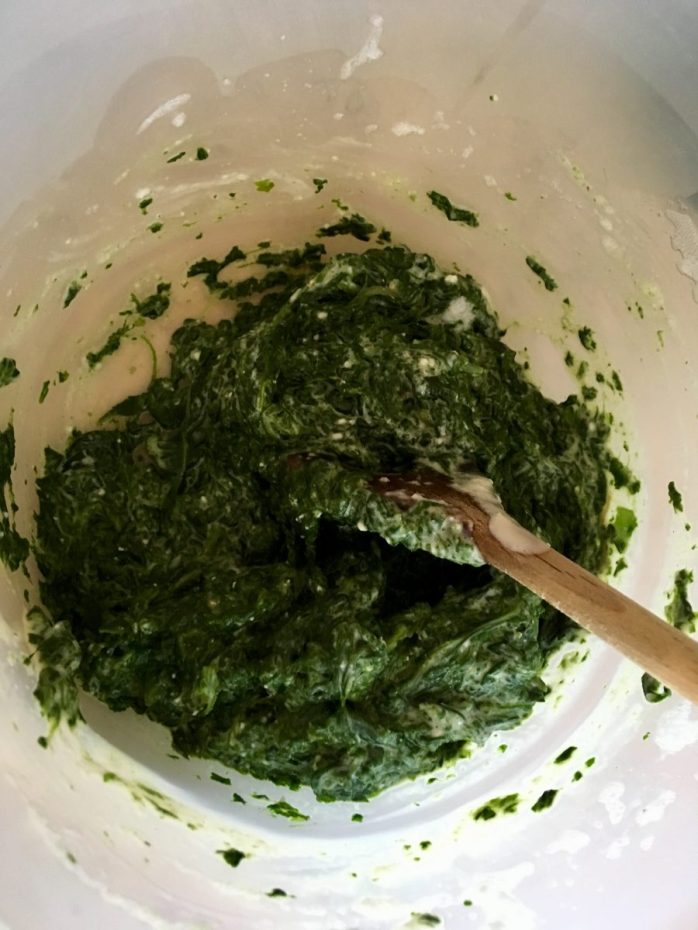 5. Chop the spinach. Beat the egg white until firm, then stir into the spinach. Add 2 tbsp of sauce, some salt and black pepper and a grating of nutmeg to taste. 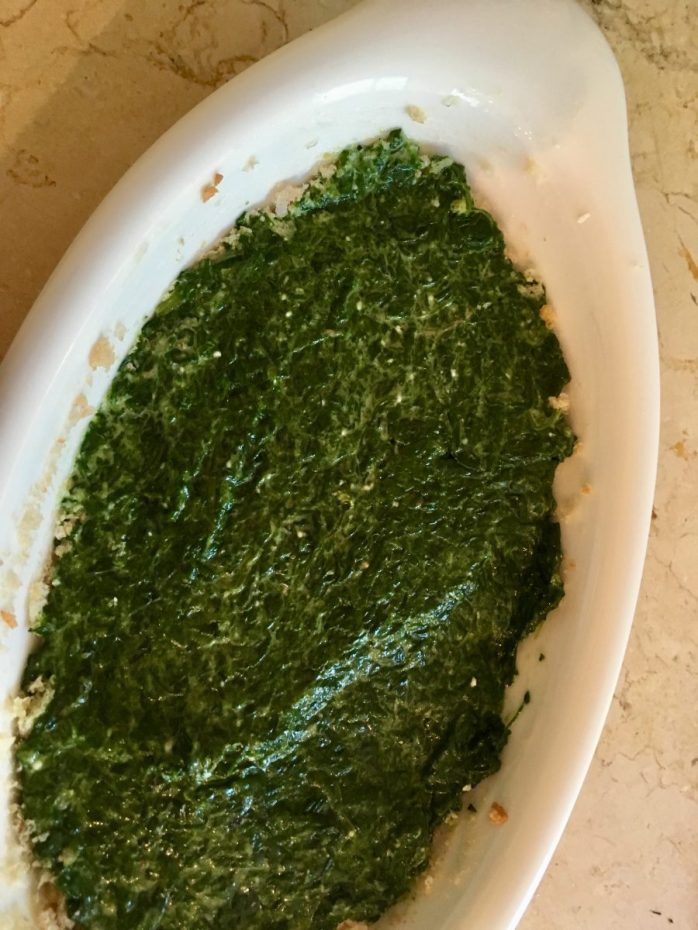 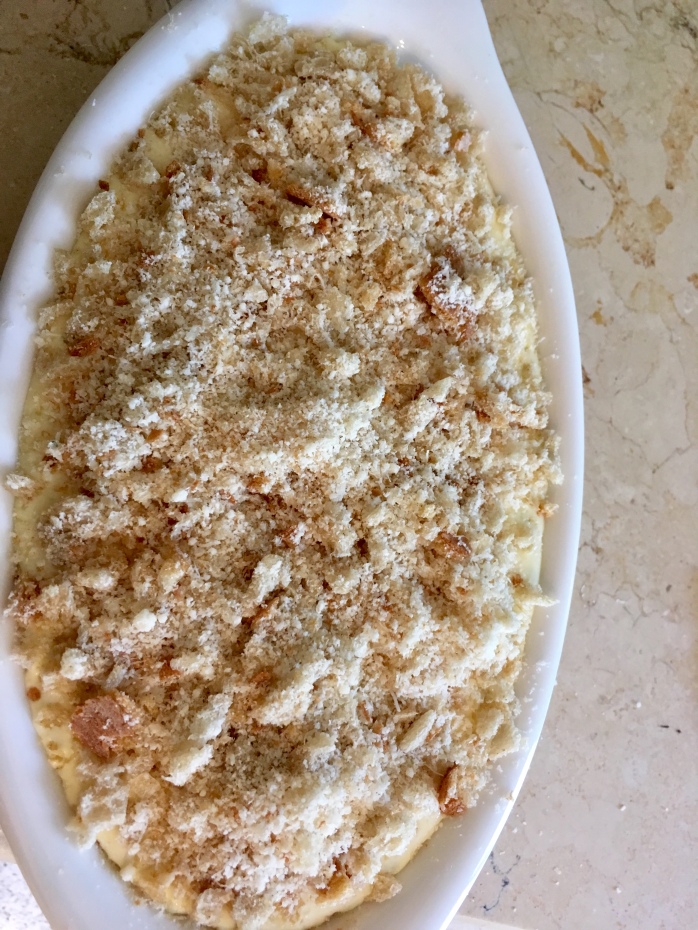 6. Butter a baking dish and sprinkle over half the breadcrumbs. Add the spinach mixture and cover it with the cheese sauce. Sprinkle over the rest of the breadcrumbs and parmesan on top of the disk, then bake in the oven for 30 minutes until bubbling. Allow to cool slightly before serving. 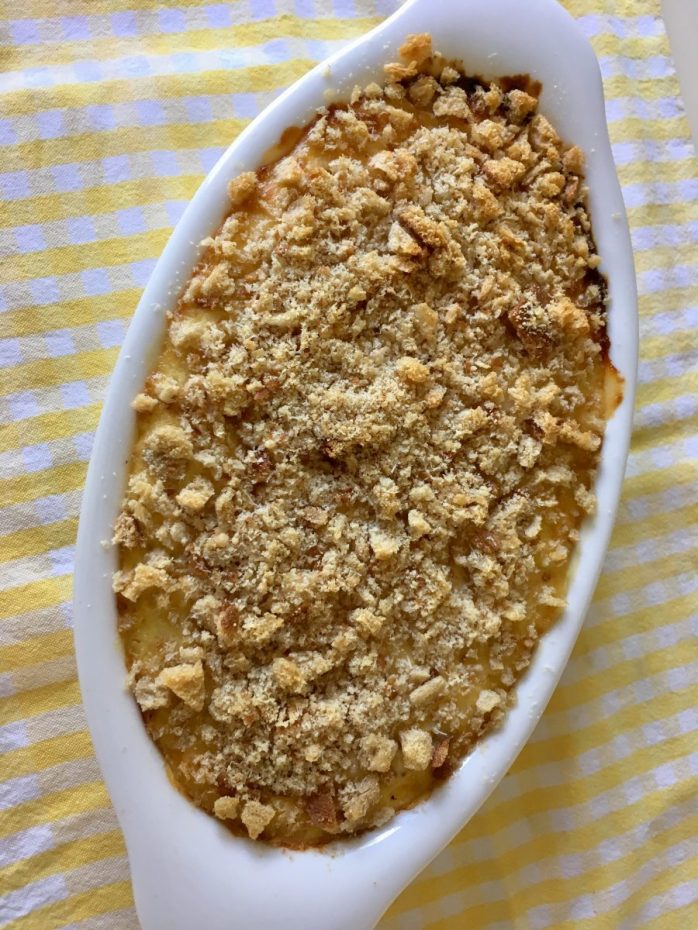 1. If you serve this as a main course, then all it needs is a  salad  –  mixed red and green leaves with a sharp dressing.

2. It’s also good with roast chicken or a piece of grilled meat, such as steak.

3. If you make it in a cake tin, it could be cooled and taken on a picnic – just cover it with cling film and pack snugly – in an appropriately sized basket.