I first learnt to ski when I visited my French pen-friend who lived in Grenoble. The whole family were excellent skiers and, after they taught me how to do a snow plough, I just tagged along. Never having skied before, I didn’t have any kit. Fortunately, the girl next door was the same size as me and kindly lent me some. I was conscious that unlike them I wasn’t swooshing down the pistes but nor was I making a fool of myself. I took to skiing like a duck to water probably because I was a reasonably proficient ice and roller skater.

Fast forward 15 years or so and I found myself heading to Garmisch-Partenkirchen with a work colleague, a keen skier, for a week-end’s alpine skiing while we were auditing our Frankfurt office. I generally shied away from spending week-ends away with colleagues, the working day and evening for three weeks being more than enough. But as there were just the two of us on this audit, I kind of felt obliged. Unfortunately my colleague was a danger to himself and everyone else on the piste so I wasn’t keen to be seen with him. However, on the way to the resort, inspiration struck and I elected to go cross-country skiing. It was love at first sight and on my return home, told my beloved we had to give it a go. 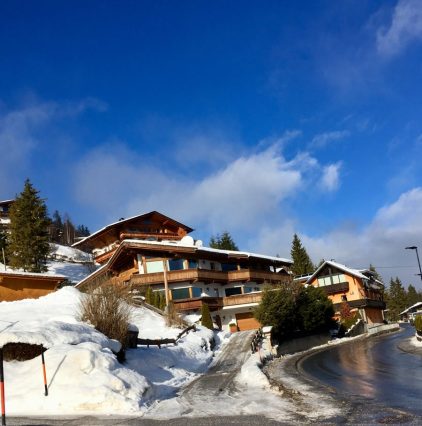 Our first cross-country skiing holiday was in Seefeld, Austria, in 1986, chosen because of its reputation as a cross-country skiing resort. We spent two weeks in an apartment not far from the cross-country ski tracks following a course of instruction. I rapidly progressed, my proficiency as a snow plougher par excellence standing me in good stead, plus I’m pretty fearless. My beloved’s lack of hip flexibility – yes, even before his recent leg break – rather hindered his progress, but we were soon up and running using the classic technique. It would be some time before we progressed to skating. 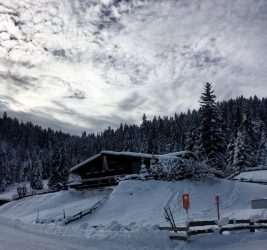 We enjoyed a number of winter holidays in Seefeld, including one with my parents, refining our technique and skills. In 1990, my beloved decided we were ready to take part in the Engadine Marathon, a well-known winter sporting event in Switzerland. We spent the week before the main event taking part in some intensive training, which included a trial-run mid-week where I got lost – a tale for another time. On the Sunday we both successfully completed the marathon which was the first of our six participations, though the only one where we used the classic technique. That’s right, the following year we rapidly progressed to skating which, once you’ve mastered the technique, is an altogether easier and swifter proposition.

Aside from trips to the Engadine and to visit friends in Zell am See, we’ve spent many more happy holidays cross-country skiing in Seefeld and the surrounding area most notably a couple of years ago when we stayed in a hotel chosen by my beloved – big mistake! This time we chose to return to an apartment where we’d previously spent a week during a rather wet summer back in 2009, a rather more agreeable proposition in the town itself.

Over the years, we’ve skied all of the area’s cross-country ski trails many times, walked and ridden our bikes all over the area. We know it like the backs of our hands and while the resort has grown, it’s not lost its essential charms – at least not for us. It’s almost three years since we were last here and we’ve enjoyed spotting what’s changed and seeing how it has evolved.

The resort now boasts many estate agents. Back in the mid-80s properties for sale were advertised in a small display outside of the only newsagent, now the town sports many, including a very large branch of Engel & Voelkers, a decidedly upmarket estate agent. It also sports my other ritzy resort bell weather, a shop selling Il Gufo – a wickedly expensive brand of children’s wear.

This year’s Christmas vacation will be very different from last year’s but I’m not expecting it to be any less enjoyable!