I asked my two sisters what they’d miss most if they became vegan. Totally unprompted, they both said “Spag Bol” to which I replied “You know you can make a delicious ragu sauce with lentils don’t you?” They weren’t convinced so I just had to make it for them.

1. Heat the oil in a large saucepan and add the onions, carrots, celery, herbs, garlic and tsp salt. Cook gently for 20-30 mins until everything softens and the onion becomes translucent.

Stir in the lentils, bay leaves and star anise and then the stock, bring to a simmer and cook until the lentils are tender, generally around 45 minutes. By then, the lentils will have absorbed most of the stock. 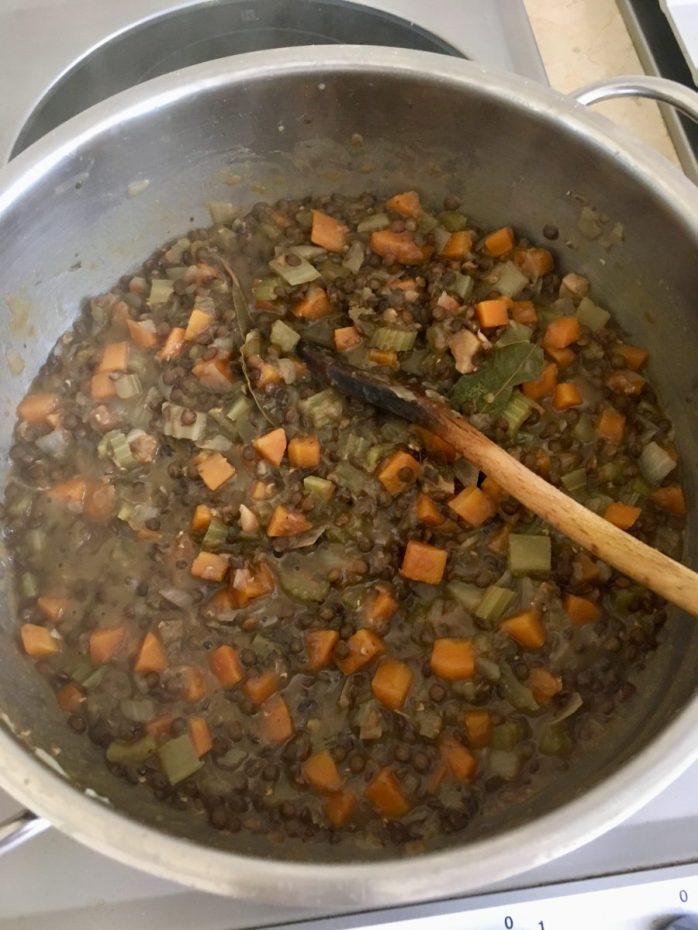 2. Add the vinegar and tomato purée, cook for a couple of minutes before adding the tomatoes. Bring back to a simmer, then cook for a further 45 minutes until the sauce is thick and rich. Season to taste. 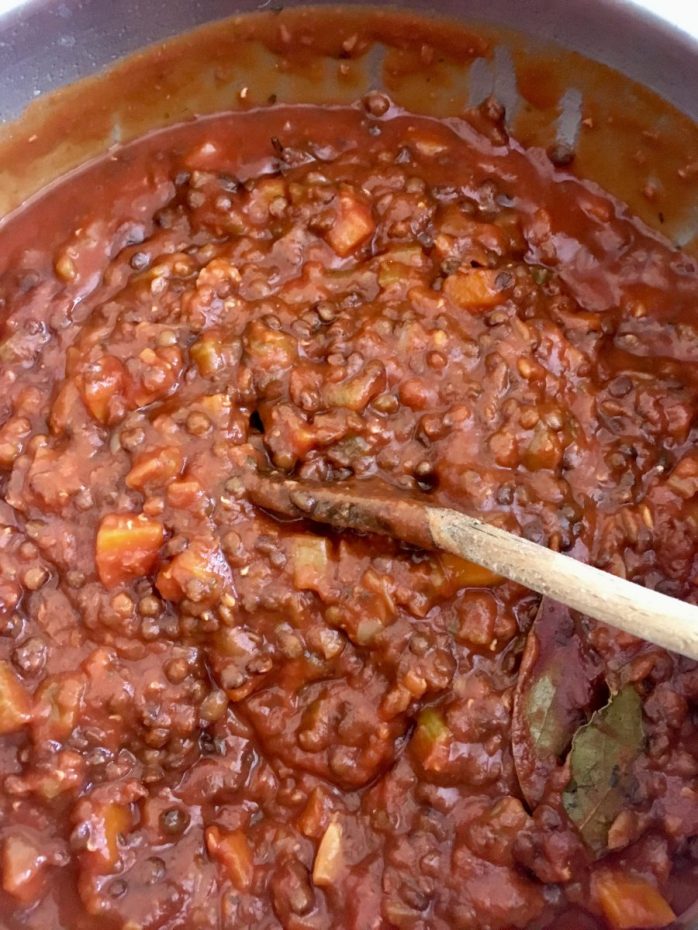 3. If eating straight away, remove bay leaves and star anise and keep on a low heat while you cook the pasta, according to the instructions on the pack. I would typically use tagliatelle but other pastas work just as well. Cook the pasta al dente only.

5. Divide the dish between pasta bowls or plates and grate over some vegan parmesan.

6. Alternatively, cool the sauce and chill for up to 3 days in the fridge or freeze for up to 3 months. Simply defrost portions overnight at room temperature, then reheat gently to serve.

1. You can of course make the sauce in less time but it benefits from further cooking. For example, I would typically cook a meat ragu for at least 2 hours. I recommend using Puy lentils because they will stay whole but feel free to use others which will work equally well.

2. There’s nothing worse that overcooked pasta. Only cook it until al dente as it’ll continue to cook in the sauce.

3. When cooking pasta, always add the pasta to the sauce and not the other way round.

4. Equally you should always add some of the pasta water to the sauce, it makes it much silkier and helps it to adhere to the pasta.

5. NEVER, EVER add olive oil to the water in which you cook the pasta. It prevents the sauce properly adhering to and being absorbed by the pasta. 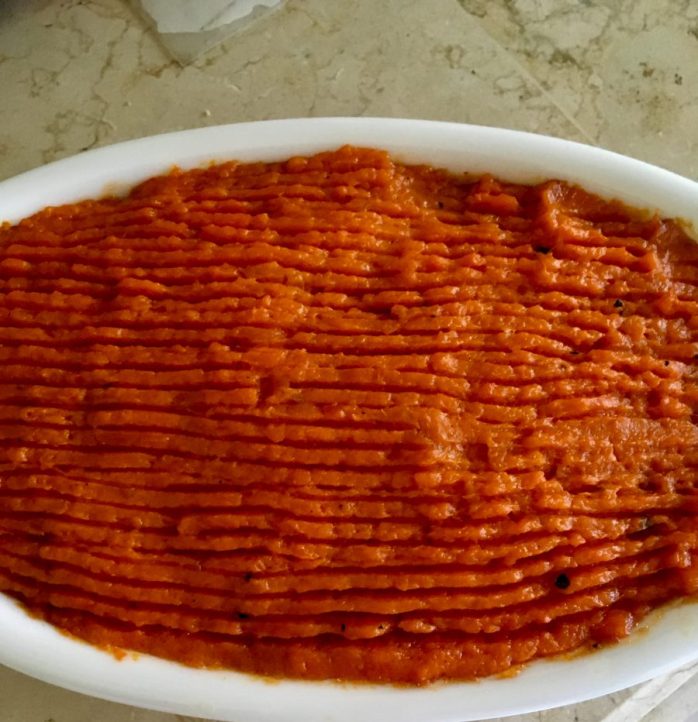 6. You can use the sauce as the basis for other meals. Here I’ve used it in a sort of shepherds/cottage pie, topped with mashed sweet potato.

You may be wondering why there’s no photos of my delicious lentil ragu tagliatelle. I was too slow with the camera, my sisters ate it pronto! They agreed it was as good as the real thing. But here’s one I made with penne instead.