I’ll be honest, it’s at this point our Giro d’Italia adventure rather went off the rails. We’d enjoyed a fabulously sunny few hours in Ljubljana and on our return drive to Peschiera, near Lake Garda. Chosen specifically because it was about a 30 minute drive away from the following day’s individual time-trial from Trento to Rovereto. When we checked in I scored a hotel room upgrade to a much larger room. My two sisters are constantly amazed at the number of upgrades we both get on flights and hotels. I’d like to be able to tell you my secret but I’ve no idea why or how it happens. 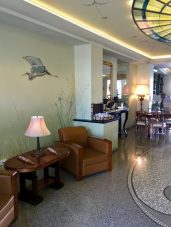 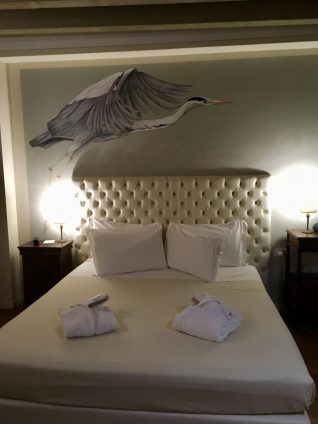 A quick wash and brush up and we were downstairs in the bar checking out the Aperol Spritzs. We  are becoming seriously addicted to these. Afterwards we ate in the hotel restaurant which is reasonably priced and charming with a wide range of options on the menu, even for me. It was very relaxing watching the sun slip down behind the hotel’s own lake. This is part of the hotel’s charm, it’s far from the Lake Garda madding crowd.

After a blissful night’s sleep and a hearty breakfast, we were ready to tackle the gruelling time-trial. But first, my beloved suggested a real trip down memory lane. He wanted to revisit Malcesine, the site of our very first holiday together back in 1978. Unfortunately, the traffic was chock-a-block – mainly cars with German number plates. It was only May, I’d hate to be there in July/August. 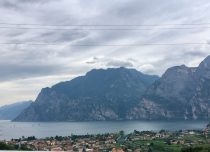 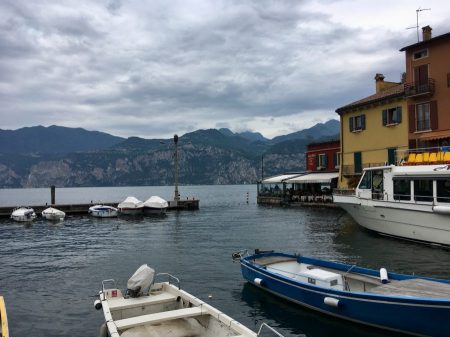 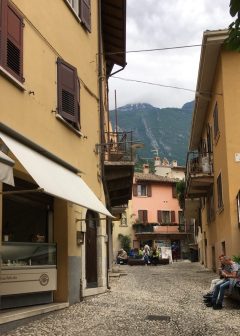 We crawled along and then the heavens opened, seriously calling into question our attendance at that day’s stage of the Giro. We finally arrived at our destination to, not unnaturally, find the town much enlarged. However, the Old Town around the small harbour was much as it was, although there were now many more shops and restaurants. I remembered the steep cobbled walkways leading to the sandy shoreline and managed to find our old hotel, now part of a much bigger one. After a quick crawl around town, we plumped for a restaurant overlooking the lake that didn’t disappoint. Once again, we ended up speaking German with everyone! 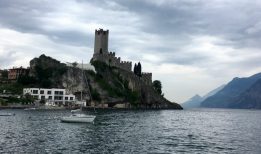 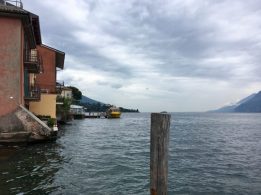 The heavens opened as we drove away from Malcesine so we were more than happy to watch the time-trial on our hotel television, followed by an hour or two in the spa. Thereafter, we ate once more in the hotel restaurant. The following day, we took an executive decision to enjoy our morning at the hotel, now bathed in bright sunshine, before heading home. We skipped watching the start of the stage from Riva del Garda to Iseo, as it would’ve been out of our way. 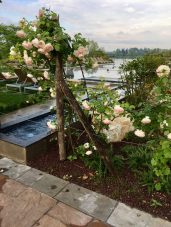 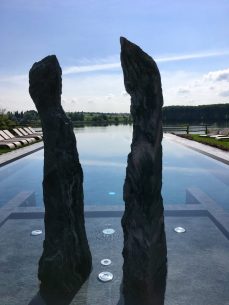 We’d enjoyed our small excursion to the Giro and our (re)visits of Pordenone, Peschiera and Malcesine. I’m sure we’ll return at some point but it’s quite likely #Giro102 will be off the agenda next year as we’re planning on visiting Sevilla and its MotoGP in May.