We had gone to the start of this year’s Tour de France because it wasn’t far from La Baule, a place both of us had visited as teenagers. I’d enjoyed a delightful last holiday with my parents and sisters while my beloved had less pleasant memories, something to do with the sanitary arrangements! I booked a spa hotel in Pornichet in the bay of La Baule primarily because it directly overlooked the beach. I was after a few day’s rest and relaxation, particularly for my beloved.

I was interested in the history behind the original building and learnt that it had been built of granite in 1868 by a Belgian Viscount, in the gothic style, and christened Chateau des Tourelles by the locals on account of its circular towers. It was subsequently acquired in 1882 by a French arms manufacturer for 40,000 Francs. On his death in 1904, his son Louis Flornoy inherited the property but was forced to sell it, due to mismanagement of his fortune, to M Legrand, a local newspaper owner.

In 1938 the mayor of the 12th arrondissement in Paris acquired it to provide holidays for disadvantaged children. In 1940, without so much as a by your leave, the German army occupied the building. Post-war, it once more welcomed holidaymakers from Paris for the three months of summer but in the 90s it fell into disuse and was closed. A family company, which already owned a couple of spa hotels, thankfully rescued it some 15 years later. 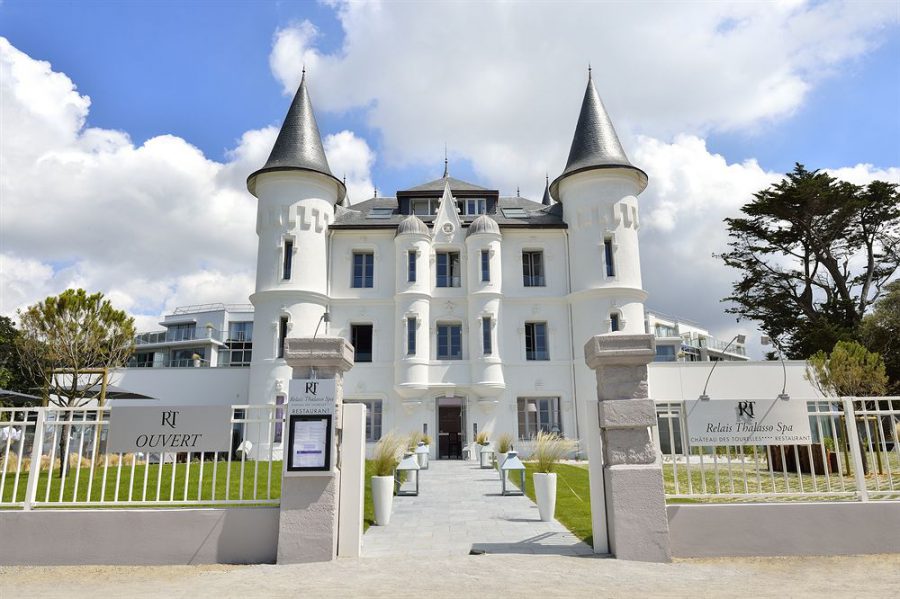 The new extension has been grafted onto the original historic building in a wrap around style which doesn’t swamp its beachside facade. Its bedrooms are spacious with large balconies, most of which have a sea view. The hotel’s main attraction is its thalassotherapy spa which proved beneficial for both my recently injured hamstring and my beloved’s still recuperating leg. We whiled away many an hour in its salty, warm waters. 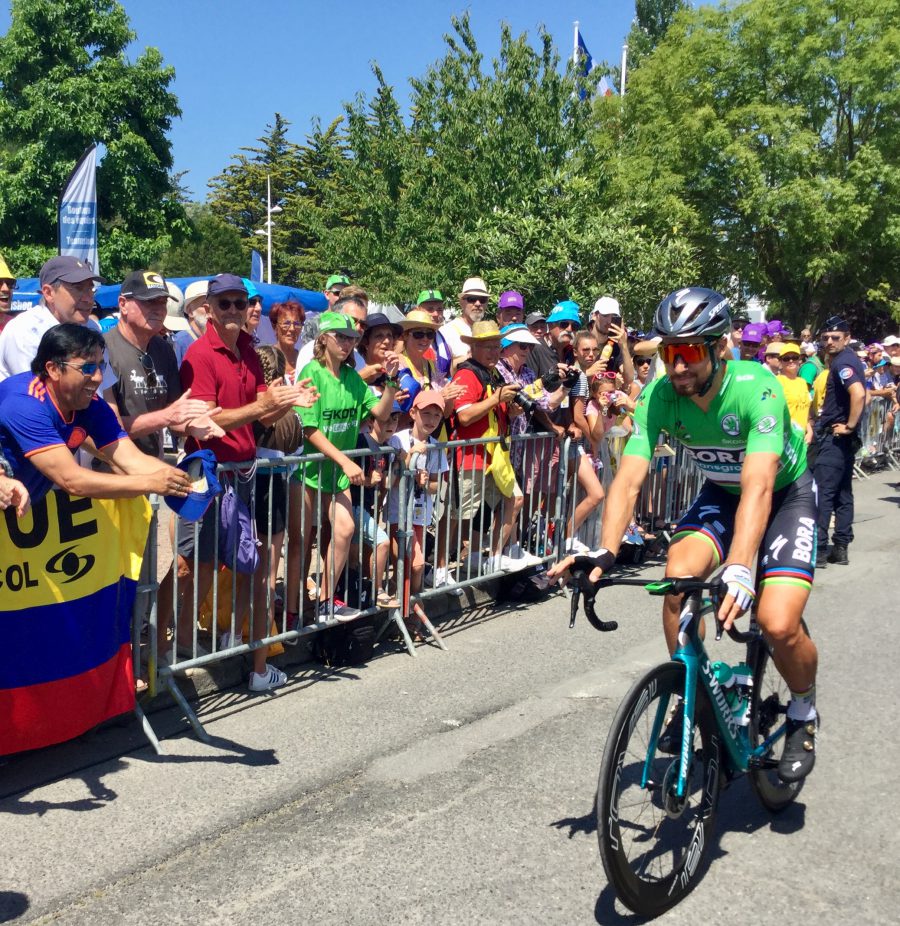 Our four days passed far too quickly and we merely dipped a toe into the Tour as opposed to slavishly following every stage. We pottered along the seafront and around the small town of Pornichet but there was little need to leave our cocoon, our haven of tranquility. The beach in La Baule was pretty much as I remembered it, wide, golden and sandy, but nothing else in the town struck a chord with either of us. 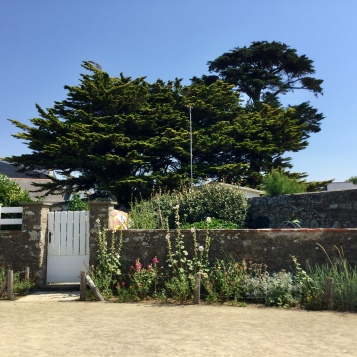 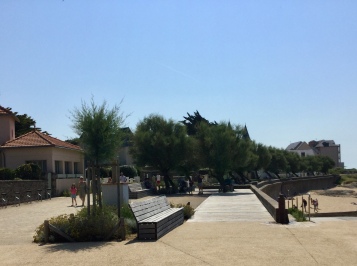 We had lunched at the hotel on arrival. It had vegan options on the menu and the food was excellent. No need to stray too far for sustenance though we did try out a couple of the patisseries in town. Well, it would’ve been rude not to! As soon as we learnt the hotel did Sunday Brunch, we booked a table. This turned out to be a very fortunate move as Brunch was extremely popular, and not just with residents. As you’d expect, it included plenty of fresh seafood including oysters.

It’s a hotel we’d happily visit again, though next time I’d fly to Nantes and hire a car. It’s really too far to drive. The trip confirmed my happy memories and dispelled my beloved’s less than memorable ones.

2 thoughts on “Reflecting on our trip to Pornichet”