In my mind the cycling season starts with Paris-Nice. Now, I know the professional peloton has already been racing all over the globe: Australia, Argentina, Colombia, Oman, UAE, Spain, France  and Italy. I’ve even watched the last stage of the Tour de la Provence, a sprint won by John Degenkolb into Aix-en-Provence. But, for me, Paris-Nice remains the curtain-raiser!

I’ve watched this race every year since relocating to France, largely of course because it finishes in my back garden. Some years I’ve watched the last three or even four stages but this year, like many, it’ll be the last two stages in and around Nice. I shall be praying for fine weather so that it is a “Race to the Sun” and hoping that I might see one of our local riders win a stage. I was fortunate to see Amael Moinard win the last stage in 2010 and Rudy Molard win the sixth stage to Vence last year.

Like many French races, it has a rich history. It was created in 1933 by Parisian Albert Lejeune, in order to promote his Paris-based newspaper Le Petit Journal and Nice-based paper Le Petit Nice. Hence, the race linked the French capital with the fashionable Mediterranean coast. It was held in March, at the end of winter, one of the earliest French bike races on the calendar, immediately following the end of the track season.

The first Paris–Nice comprised six stages and was promoted as Les Six Jours de la Route. The first stage from Paris to Dijon was a whopping 312 km, and it remains the longest stage in the history of Paris–Nice. Because most mountain roads were still impassable, because of its early calendar date, the race’s route avoided the Alps and primarily followed the lower Rhône valley, its only significant climbs were on the last day on the outskirts of Nice.

The race was a success and other newspapers partnered with Lejeune’s titles to co-sponsor the race. In 1940, the race was cancelled for the duration of WWII. In 1946 Ce Soir again organised the first post-war race, but although the event was a commercial success, the newspaper dropped its sponsorship and the race was discontinued between 1947 and 1950.

In 1951 the race was revived as Paris-Côte d’Azur by Jean Medecin, the allegedly shady mayor of Nice, who wanted to promote tourism to his fast-growing city and the entire Côte d’Azur. The race’s name Paris–Nice was restored in 1954 and it grew in status in the 1950s from an early-season preparation and training race to an event in its own right, spawning such illustrious winners as Louison Bobet and Jacques Anquetil. In 1957 journalist Jean Leulliot, race director since 1951, bought the event with his company Monde Six and became Paris–Nice’s new organiser.

In 1959 the race was run as Paris–Nice–Rome, with a separate classification from Paris to Nice with a second one from Nice to Rome and a third title for the overall. The excessive length of the race – 1,955 kilometres (1,215 miles) in 11 days – was criticised, and the formula has not been repeated. In 1966 Paris–Nice was the scene of a rivalry between French cycling icons Anquetil and Raymond Poulidor, whose legendary battles divided French cycling fans for over a decade.

In 1969, the final stage was moved from the seaside promenade in Nice to the top of Col d’Eze, overlooking the city. Eddy Merckx won the final individual time-trial and his first of three consecutive Paris–Nice races. In 1972 eternal second Poulidor ended the Cannibal’s streak by winning the final time-trial and narrowly finishing ahead of Merckx. The following year, he repeated this feat at the grand old age of 37.

In the 1980s Ireland’s polyvalent Sean Kelly won the race seven consecutive times; the winning record to date. The Race to the Sun produced several well-known winners in the 1990s, notably Spanish Grand Tour specialist Miguel Indurain. French all-rounder Laurent Jalabert won the race three consecutive times, the final time in 1997, and remains the race’s last French winner. In 2000, former Tour winner Laurent Fignon took over the organisation of the race from the Leulliot family but he sold out to ASO in 2002.

The 2003 race was marred by the death of Kazakh rider Andrei Kivilev after a crash on the second stage. Kivilev did not wear a helmet and died that night as a result of brain trauma. The following day the peloton, led by Kivilev’s Cofidis team, neutralised the third stage. Racing resumed the next day and, on the fifth stage to Mont Faron, Kivilev’s friend and compatriot Alexander Vinokourov soloed across the line holding a picture of his late friend. My former cycling club holds a sportive each year in June in Kivilev’s memory. 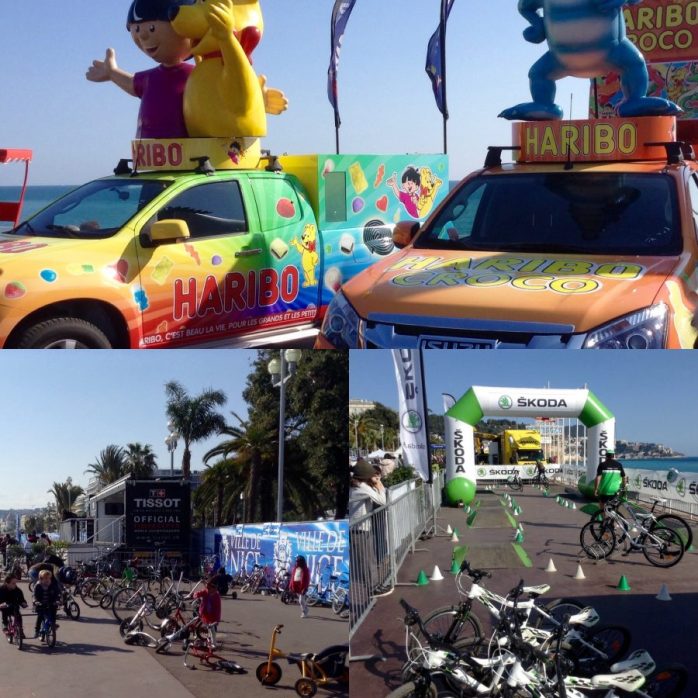 In 2005 Paris–Nice was included in the inaugural UCI Pro Tour, but was at the centre of a dispute between UCI and ASO just before its 2008 edition. (This was where I made my one-woman stand against the exclusion of Astana from the 2008 Tour de France.) The issue was eventually resolved and since 2011 Paris–Nice has served as the European WorldTour opener.

The 2012 edition was famously won by Bradley Wiggins on his way to becoming the first Brit to win the Tour de France thereby giving me bragging rights down at the cycling club. Subsequently, it’s been won by key support riders for Tour contenders (incl: Richie Porte, Geraint Thomas and Marc Soler). I wonder who’ll win this year’s edition?