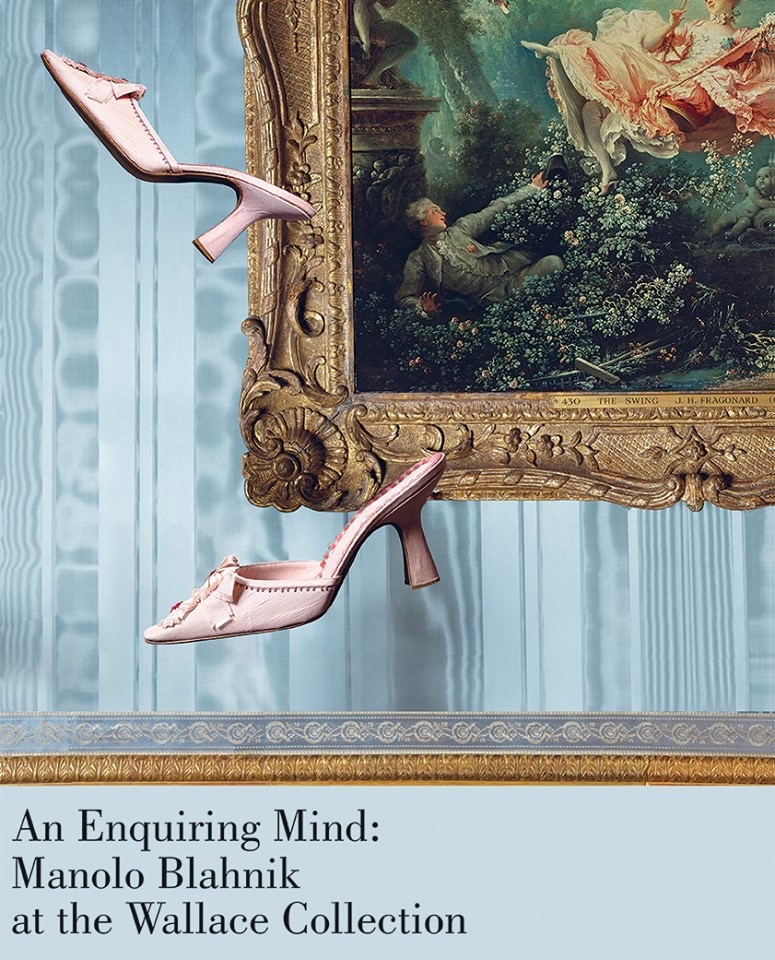 When we lived in London, one of my favourite museums was The Wallace Colllection which is in Manchester Square, not far from where we lived. Furthermore, it’s free to visit so I was a very regular visitor to both its permanent and temporary exhibitions. 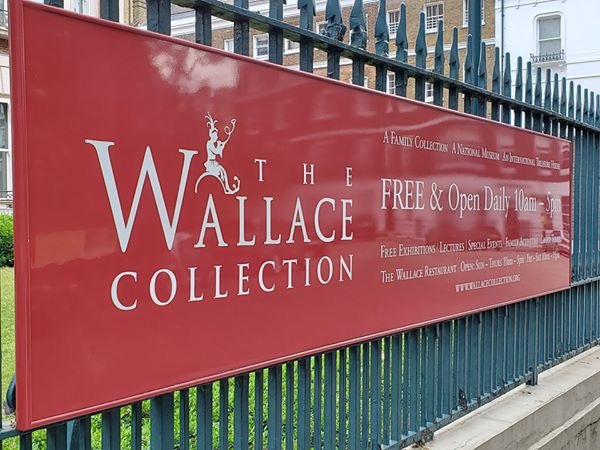 The Collection was built up over the eighteenth and nineteenth centuries by the Marquesses of Hertford and Sir Richard Wallace. It’s one of the more significant collections of European fine and decorative arts in the world and arguably the greatest bequest of art (1897) ever left to the British Nation. It includes old master oil paintings from the 14th to the late 19th-century including works by Titian, Velazquez, Rubens and Van Dyck, princely arms and armour, and one of the finest collections of French 18th-century art.

From the 10th June – 1st September, An Enquiring Mind: Manolo Blahnik at the Wallace Collection places a personally selected edit of shoes from Blahnik’s archives amongst the masterpieces that inspired them #AnEnquiringMind #WallaceCollectionxManoloBlahnik #ManoloBlahnik pic.twitter.com/M3wqBYaKvH

If I still lived in London, I would be hot-footing it to Manchester Square to see its current exhibition An Enquiring Mind: Manolo Blahnik at the Wallace Collection which opened in this week and pairs the most famous shoes from his archive with world-renowned paintings in the gallery’s 18th century rooms. The exhibition highlights the aesthetic shared between the collection’s baroque masterpieces and Blahnik’s own decadent craftsmanship, it aims to create a dialogue between art and craft. The famous shoe designer explained:

The Wallace Collection has been a point of reference for me since my early days in London. It was – and remains – one of my favourite museums with the most refined selection of art. I am incredibly humbled and honoured to be a part of the project and have my work displayed at the museum.

Manolo Blahnik, probably the world’s most famous shoe designer whose heels were immortalised in the hit TV show Sex and the City, is presenting his creations in a way they haven’t been seen before. 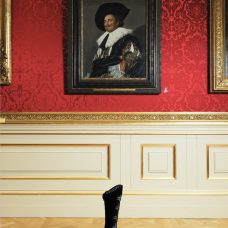 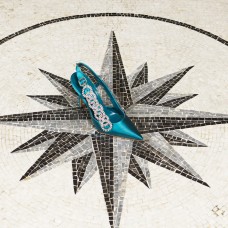 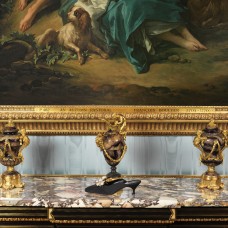 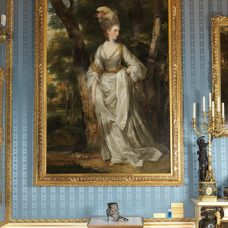 In one room, the shoes Blahnik designed for Sofia Coppola’s 2006 film Marie Antoinette are placed in front of Jean-Honoré Fragonard’s 1767 painting The Swing, while in another Frans Hals’s 1624 portrait of The Laughing Cavalier is juxtaposed with a pair of ornate black boots. In total, 10 rooms are adorned with more than 160 pairs of shoes, each exploring a theme in Blahnik’s work, which has been heavily inspired by art and the Wallace Collection in particular.

Blahnik’s collaboration with the Wallace Collection marks the first time that the venue has allowed its permanent collection to be interrupted by another designer’s work. But then his shoes are lust-inducing works of art!

An Enquiring Mind: Manolo Blahnik at the Wallace Collection, London, from 10 June until 1 September

All images of shoes by Cassandra Parsons, © The Wallace Collection