Aside from the cities of Meersburg and Konstanz, there are three islands on the lake well worth a visit or, in our case, a revisit.

The 110-acre garden island of Mainau is renowned for its carpets of flowers and greenhouses. It has nearly 10,000 rose bushes, lots of different types of gardens, thousands of butterflies, a 13th-century baroque palace, plenty of restaurants, a petting zoo and a magnificent arboretum. Plus, as you wander around the gardens, you get tantalising glimpses of the lake. 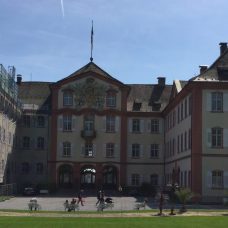 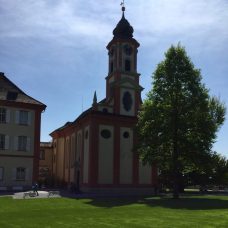 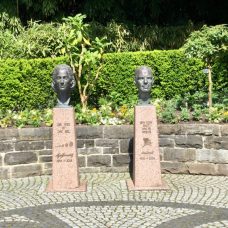 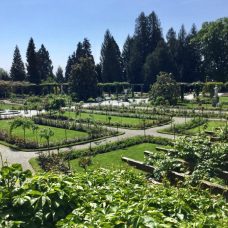 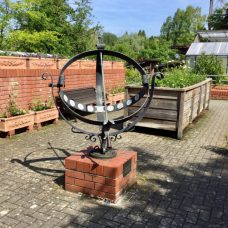 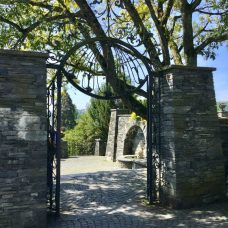 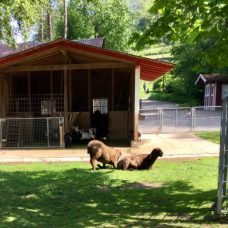 It is an unquestionably beautiful place and one of the most visited sites in the area, with over two million visitors every year. It’s the place my late mother – a keen gardener – always wanted to visit when she came to stay. She, my father, and their friends, spent many a happy hour wandering through its gardens. 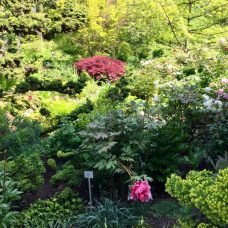 On the Thursday, we took the boat directly from Meersburg to Mainau. Given the time of year, we expected the island to be ablaze with colour, and we weren’t disappointed. We’d missed the spring bulbs but the rhododendruns were still in full bloom. 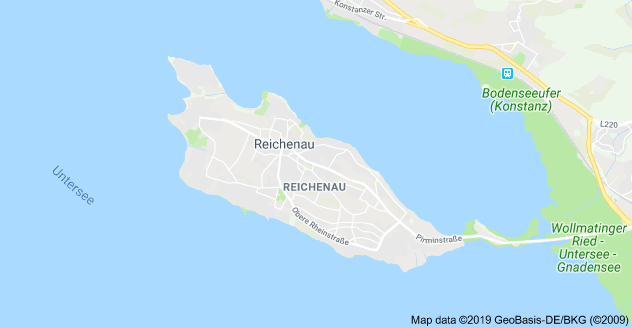 To the west of Konstanz, and directly opposite where we once lived in Hegne, is Reichenau. Declared a UNESCO world Heritage Site in 2000 because of its monastery, the Abbey of Reichenau. The abbey’s minster church is dedicated to the Virgin Mary and Saint Mark. Two further churches built on the island were consecrated to Saint George, and to Saints Peter and Paul. Reichenau’s famous artworks include (in the church of St George) the Ottonian murals of miracles of Christ, unique survivals from the 10th century. 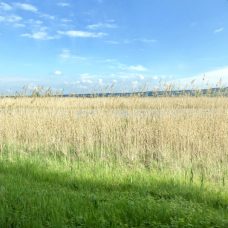 Today the island is better known for its vegetable farms which at certain times of the year smell strongly of cabbages, its annual Wine Festival and the Wollmatinger Ried which is a large nature reserve next to the island. It’s a reeded wetland used by many birds as a stopover during their annual migration.

On the other side of the lake you’ll find Lindau which has a magnificent harbour guarded by a Bavarian (it’s in Bayern, not Baden-Wurttemburg) lion and lighthouse, in addition the town is full of medieval half-timbered and painted buildings. 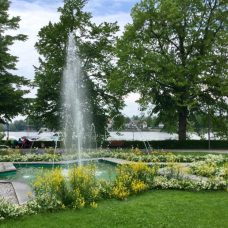 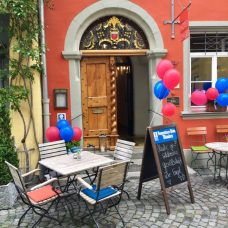 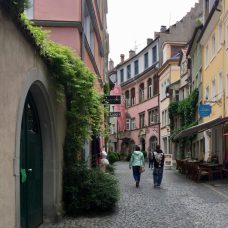 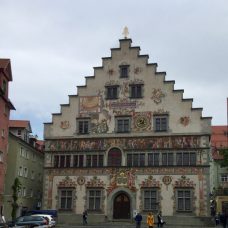 We visited on Saturday when the sun shone, the market was in full-swing and the place was busy with tourists. Like many of the old towns on the lake, it’s not changed much and is instantly recognisable. We ate lunch (more asparagus) at one of favourite spots looking out over the harbour. There’s a boat from Meersburg to Lindau but it takes 21/2 hours to get there so we drove and parked in a new multi-storey car park next to the new entertainment centre, both recently built on the island but outside of the old city walls.

Any trip to the Lake of Constance should include visits to all three of these islands. In fact, it’s hard to think of anywhere around the lake not worthy of a visit, though obviously the more picturesque places like Konstanz and Meersburg are worthy of more than a cursory visit.