I’ve written so much about the gorgeous northern Spanish seaside town of San Sebastian in the Basque Country over the years that, this time, I thought I’d hone in on one of its (many) key features – its beaches. Specifically, its award-winning beach.

The Basque Country coastline stretches for 176kms (110 miles) along the Bay of Biscay, from across the border with France to the region of Cantabria, and is home to many spectacular beaches. From wild, windswept shores to idyllic golden crescents and fabulous urban sandy playgrounds, there are plenty of beautiful beaches in the Basque Country. However, for the third consecutive year, one of its beaches has been crowned the best in Europe. The winner is “La Concha Beach” which, as its name suggests, is shell shaped, and just one of three beaches in San Sebastian. 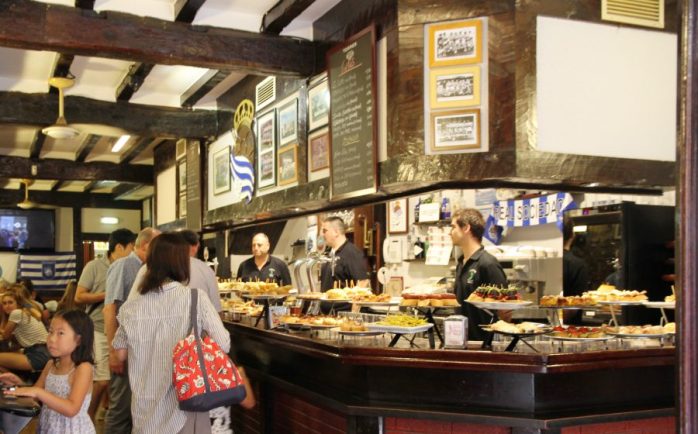 This city is often touted as the Basque Country’s gastronomic capital and its pintxos bars (Basque tapas bars) and restaurants are a must for foodies. While nights are spent bar-hopping and trying as many tantalising morsels as possible, days are spent lazing on one of the city’s beautiful beaches. You know, that sounds just like our holiday there last year. 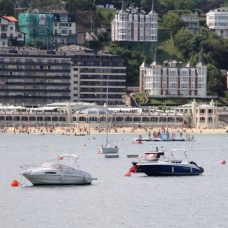 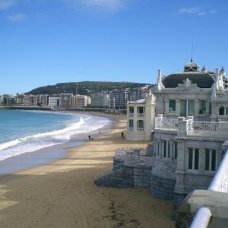 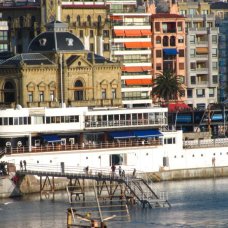 La Concha is easily the most picturesque beach in the Basque Country.  A crescent of golden sand, hugging the edge of the city, it’s an idyllic city beach surrounded by lush green hills and the old town of San Sebastian and is a popular spot in summer when locals and tourists alike lay out their beach towels and enjoy sunbathing and splashing around in the shallow waters off the beach. In the evenings, locals stroll the beach’s beautiful promenade which has barely changed from the golden age of seaside resorts, alongside the Cantabrian Sea, lined with its famous white railings, and watch the sunset over the water. It’s still the place to take the sea air and is backed by gardens, a lovely old merry-go-round and a row of desirable beachfront hotels and residences that still yearn for the days when royalty strolled the shore every summer season.

La Concha is one of the city’s three beaches and, even before the award, was renowned as one of Europe’s most beautiful urban shorelines. Its perfect arch made it popular with Queen Regent Maria Cristina, leading her to declare it the summer capital of Europe. Looking at these photos, it’s hard to disagree!