You didn’t honestly think I’d finished writing about our #adventuredownunder did you? Here’s the start of plenty more thoughts on that fabulous vacation. At the same time, my thoughts (and prayers) go out to all those affected by the terrible fires currently sweeping NSW and Queensland, many of which are close to some of the wonderful places we visited.

On two of our previous trips to Australia, we’ve greatly enjoyed the drives between the major towns, particulary those along the Great Ocean Road (Melbourne to Adelaide and vice versa), plus Melbourne to Sydney. Though I have to admit, Sydney to Adelaide was rather less interesting but the scenery was still spectacular.

This time we drove from Sydney, via the Blue Mountains, to Port Douglas. A pretty long drive which was broken down into manageable bite-sized chunks either side of two weeks in Brisbane. If at all possible, I keep the drives to around 4-5 hours max. for my beloved. Otherwise, it becomes too taxing. I also like to schedule frequent stops for coffee and comfort breaks (and taking photos).

A road trip from Sydney to Brisbane (900kms) is one of the classic east coast driving routes in Australia. In my opinion, the best sights are to be found along its exceptional coastline, which is as long as it is stunning, but there are countless detours well worth making inland.

Sydney is a fantastic place to start our east coast Australian adventure as it’s jam-packed full of iconic attractions which we’ve visited on previous trips in 2010 and in 2016. This time we stayed near our distributor in the wonderfully named Woolloomooloo  – don’t you just love that name? – before heading for three days in the Blue Mountains, a World Heritage site and a breathtaking, and unmissable natural attraction.

After a delightful and relaxing stay, it was time  to start the long journey north to Brisbane. The city of Newcastle is just a two-hour drive away, and it’s one of Australia’s most under-visited cities, ideal for a quick coffee stop and a quick look around its endless beaches, with that beautiful white sand which contrasts so starkly with the blue sea – a very familiar sight in Australia.

Two hours up the road is the Myall Lakes National Park, with its spectacular freshwater lakes, surrounded by walking trails and beautiful vistas. Not unnaturally, the area is also a haven for local wildlife. It too has beaches, with huge sand dunes and dramatic lighthouses perched on rising cliffs – time for lunch.

Two-hours further north and we reach the destination for our first overnight stop in the charming town of Port Macquarrie. It’s laid back and in beautiful surroundings, and we could easily have spent a few days exploring the long beaches, looking out for whales passing by on their way out to sea, or visiting the Koala Hospital to learn more about these lovable Aussie animals, their lifestyles and habits, but also about the dangers they face from modern life and their ever-shrinking habitats. 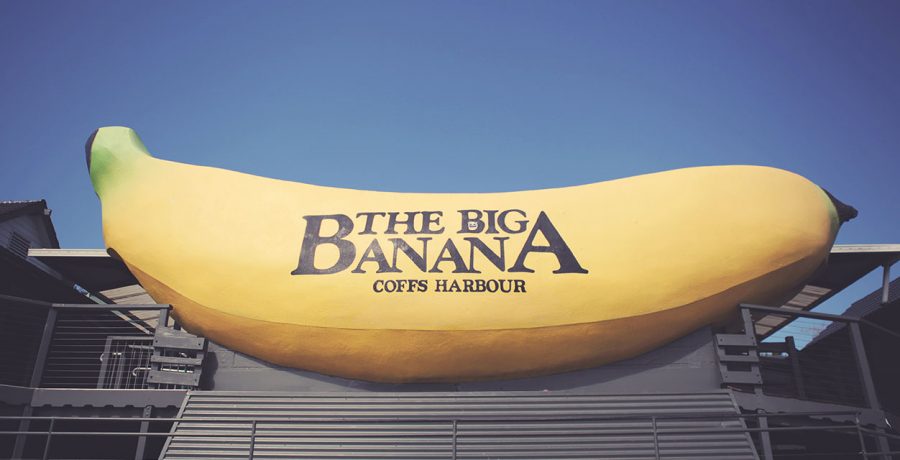 Our next short pit-stop was in Coffs Harbour, home to  the Big Banana, an enormous replica of a yellow banana that started the craze of ‘Big Things’ along the east coast. The town is surrounded by national parks and marine reserves, making it a great base to explore and enjoy the great Australian outdoors. We settled for lunch. 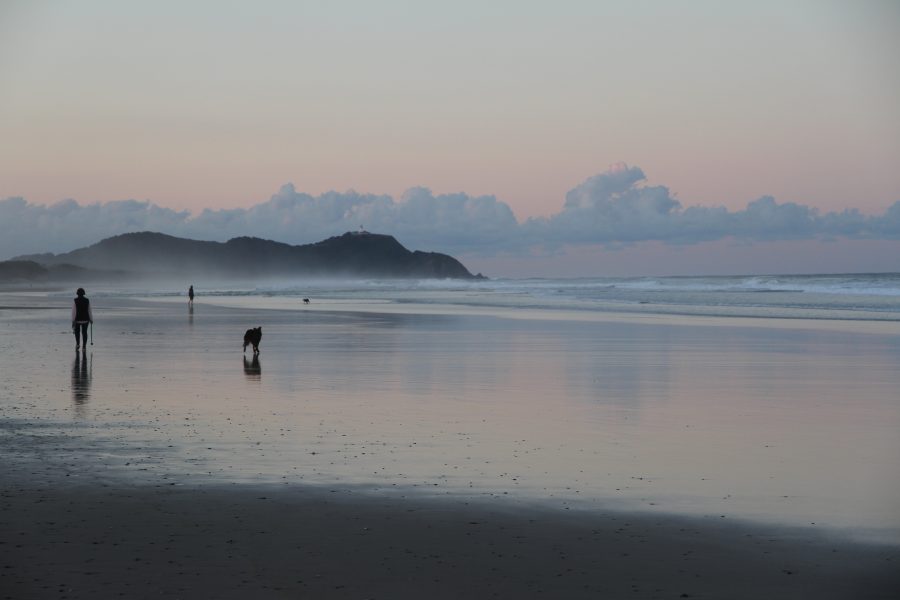 Our destination for the next few days was Byron Bay, one of the most famous – and popular – destinations along the east coast of Australia and the last major destination before we crossed the state border from New South Wales into Queensland. The town is known for its laid back vibes, surfing culture and classic Aussie lifestyle. Set around the beautiful sands and sea of a wide bay, this is a great place to soak up the sun and hit the waves. Watch the sunset over Byron Bay’s famous lighthouse, explore its rugged coastline and nearby towns of historic interest.

Over an hour’s drive from Byron Bay, Queensland’s Gold Coast is famous for its glitzy high rise buildings that tower above its sweeping beaches. This area is classic Australia, cities built by golden sands and perpetually shrouded in sunlight.The Gold Coast is an incredibly popular vacation destination, particularly for Australians, though the area can feel a wee bit touristy. 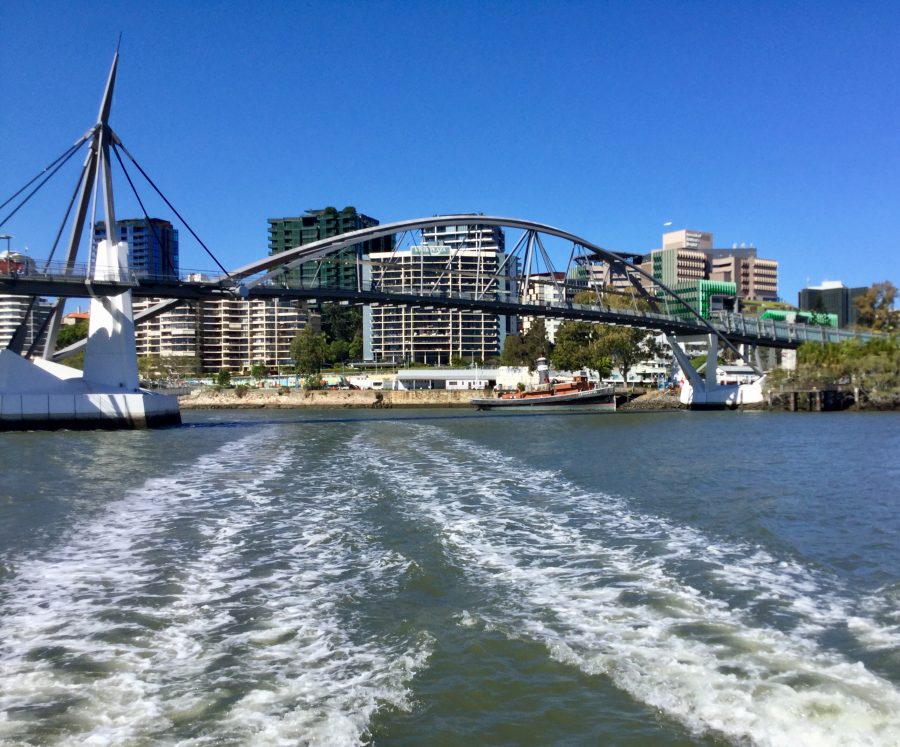 After covering over 900 kms (563 miles) of road, we at last arrived in Brisbane, the state capital of the Sunshine State of Queensland. Here the wide Brisbane River cuts through the city and along its banks are boardwalks, plenty of bars and restaurants, Southbank and the Brisbane Lagoon – a public, outdoor swimming pool and artificial beach. I really don’t need to say anymore about Brisbane which was the subject of a number of earlier posts. Here they are again if you missed them first time around.

29 thoughts on “Road trippin’ Down Under Part I”