Driving around Australia has often turned into much more than driving from A to B as quickly as possible. It’s given us a fine appreciation of the varied and beautiful landscapes, land use and crop cultivation, the rigours of life in the Outback, distances, and how difficult it must have been for those early settlers – convicts or otherwise. 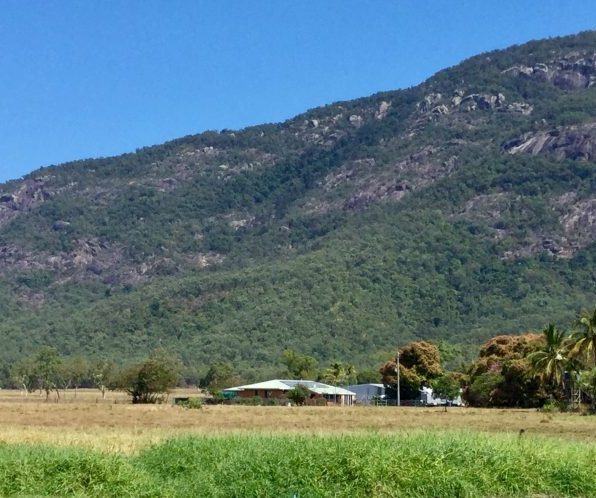 I spend hours researching where to stay and for how long and it was satisfying that as the trip unfolded I’d largely been proved correct. I say largely because there’s always places where we could have tarried longer or towns en route where I would have happily stopped and further investigated their charms.

In Airlie Beach we met a couple of retirees from Tasmania who were spending four months touring NSW and Queensland – now, that’s a holiday! I was suitably envious. What a great way to escape the rigours of a Tasmanian winter. In fact we met so many holiday makers from Tasmania that I suspected the island was closed for winter!

After two weeks in Brisbane, we were heading for possibly the most famous stretch of Australia, the north-eastern coast between Brisbane and Cairns, a must-see corner in the Land Down Under. From Brisbane in the South of Queensland right up to Cairns in the tropical North, we were advised that this mega road trip is a feast for beach lovers, sun worshippers, adrenaline seekers and adventurists. Mmmm, not sure we fit into any of those descriptions. We’ll just have to see!

This narrative covers our road trip spent partly on the M1 Motorway and thereafter on the A1, often referred to as the Bruce Highway, 1679 km (1,043 miles) via Cairns to Port Douglas. The highway was named after a popular former Queensland and federal politician, Harry Bruce who was the state Minister for Works, in the mid-1930s.

In some ways, the second half of our journey was more interesting as it wasn’t spent on a motorway with service stations. Instead we relied upon small restaurants, some little more than shacks beside the road, for snacks, lunches and comfort breaks. We’ve learned not to judge a book by its cover. On the drive to Rockhampton, we stopped at a particularly unprepossessing establishment which was run by an elderly couple. Inside was spotless and my beloved ate his best scone ever! Sadly, I couldn’t get her to part with the recipe which she said was a closely guarded family secret. I knew I should’ve gotten the pliers out – only joking!

As the map above shows, there’s plenty to see and do along the way and we’d certainly have liked to spend more time visiting and exploring this part of the coast – maybe next time!

Our first stop was just a couple of hours up the road from Brisbane in Mooloolaba though we probably spent more time in Noosa, another spot famous for surfing. We enjoyed its beaches, lunched there, wandered around its national park and perused its shops and open-air markets.

Two hours further on from Noosa is Hervey Bay, famous for whale watching and an ideal jumping off point for Fraser Island. An exceptional UNESCO-listed island formed by great wind and oceanic currents which carried a vast amount of sand from Antarctica. It’s now home to diverse natural vegetation and wildlife which we didn’t have time to see. 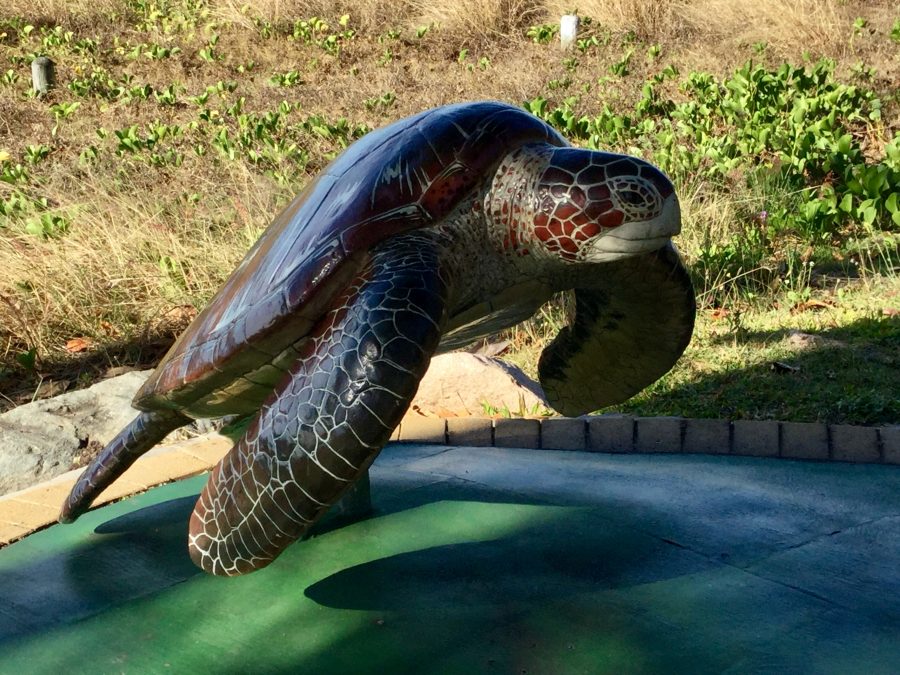 Next up is Bundaberg home for over 100 years of the legendary Bundaberg Rum – gotta find another use for all that sugar cane! It’s only an hour’s drive from Hervey Bay and is the southernmost gateway to the Great Barrier Reef. The town is flanked by captivating lagoons, coral cays and white beaches. Close by is Mon Repos Park, the largest home for nesting sea turtles on the Australian mainland.

En route to our overnight stop in the cattle town of Rockhampton, we swept through the beautiful historic town of Childers. Then we swooshed past Yeppoon, another coastal town known for its peaceful tropical vibe, near to Great Keppel Island renowned for its wildlife and magical sunsets. It’s nearby Cooberrie Park Wildlife Sanctuary takes care of orphaned, injured and sick wildlife. Sadly, most of the wildlife we saw on the side of the road was beyond caring for. It was roadkill.

As we drove further south, the vivid green sub-tropical became lush, dense totally tropical countryside. This included substantial tracts of cattle country with plenty of verdant green pastures though the earth frequently changed colour from a rich red to a sandy yellow-ochre.

We were heading for a few days in Airlie Beach, the gateway to the Whitsunday Islands, and the Great Barrier Reef. No road trip from Brisbane would be complete if you didn’t stop in this picture perfect spot. 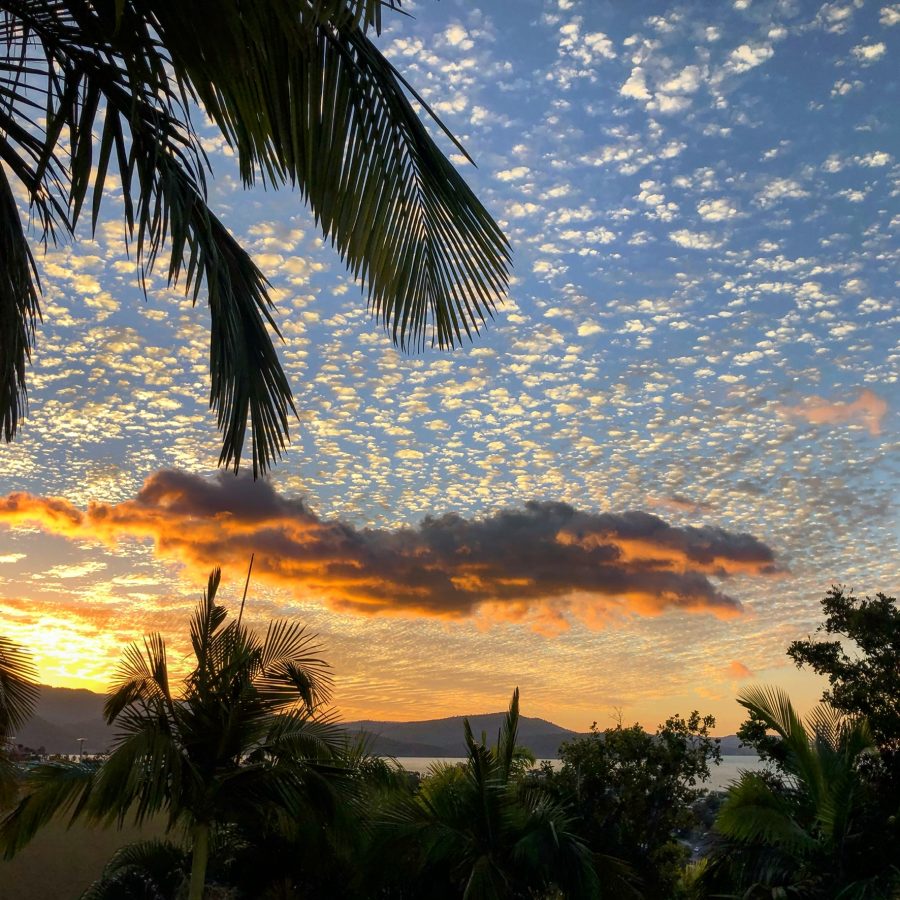 We saw plenty of sugar cane fields being burnt prior to harvest and massive long trains carrying the harvested cane to the refineries as the railway often runs alongside and criss-crosses the Highway. The scenery was now totally tropical with avocados, mangoes, peanuts, afore-mentioned sugar cane, sweet corn and still more cattle as we headed to Townsville, an army town and the largest city in north Queensland. Townsville has always been a military town due to its strategic coastal position but it has a delightful old town to walk around, particularly along the Strand. 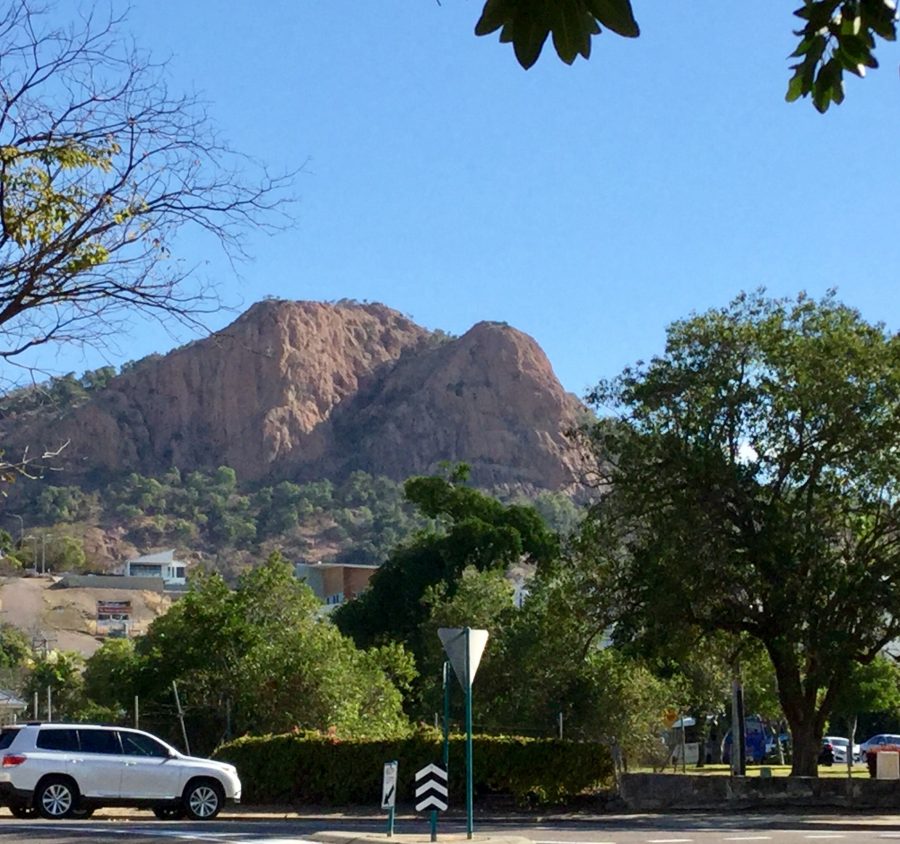 All too soon we were onto our last port of call, Port Douglas, an hour’s drive from Cairns. We hit the coast at Caldwell, famed for its crabs and lunched at the charming Art Deco town of Innisfail before turning off the highway and driving the last stretch alongside the ocean.

Port Douglas offers plenty of fun-filled activities and opportunities to relax thanks to its bustling beach life and the Great Barrier Reef. The nearby Daintree rainforest is arguably the oldest and one of the most scenic rainforests on earth where you can swim in mint green waters. Just watch out for the crocs – only kidding!

Hard to imagine that our six week #adventuredownunder was over. The time had just flown past but I now had time to reflect on all that we’d seen and done. Plenty of fodder for further posts!

28 thoughts on “Road trippin’ Down Under Part II”