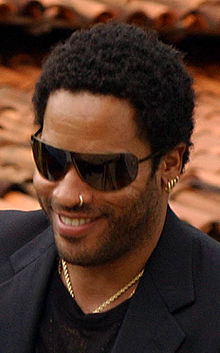 I’ve decided that once a week I’ll re-post something from my extensive archives. Obviously many of my early posts 2009 – 2012 heavily feature cycling. I’ll try to keep these to a minimum as I know not everyone is a cycling fan.

Frankly, if Lenny Kravitz were to ask me, my answer would be affirmative. Sadly, Lenny wasn’t asking but I continue to live in hope rather than expectation. I’ll explain the connection, but first I have to back track.

The mercury had risen a few degrees, the sun was shining so my beloved and I decided to venture up into the hills for a ride. It was still chilly in the shade, and one had to exercise caution in the corners, but I was riding really well.  I suspect Peter Sagan (winner of today’s stage in the Tour of Oman) and I had the same breakfast this morning.

My husband turned round early to get back for a conference call while I pressed onwards and upwards. I was riding strongly even though I was doing high cadence intervals. I was channelling my inner Alberto [Contador] and spinning without too much movement on the bike. Not quite as supple as Alberto, but I’m getting there. I even overtook a few groups of cyclists but almost came to grief as a Monaco registered black Porsche passed by me way too close. Still, on the positive side, he’d have been able to afford to compensate my beloved for losing the woman who makes his life heaven [and hell] or, at best, replace my beloved bike.

A gentleman, probably in his early sixties, rode up to me and expressed concern with antics of the Porsche. We exchanged a few disparaging words about foreigners and tax dodgers. Then he accelerated gently away. I was determined to keep him in view. I picked up my pace and maintained the distance between us. As we crested the hill, at the entrance to the village, the road flattens out and I shot past him. I was well ahead as I started the descent but he caught me as I was delayed by a small traffic jam. He stayed on my wheel until the roundabout. I turned left after the roundabout, while he cut it. This was war! I tracked him. I didn’t know where he was going, but I was going too.

I stayed on his wheel until the next roundabout. I was hoping he was going to turn right. He did. I followed him up the slight rise, shifted into my big ring and then attacked on the downhill: game over. I know this descent like the back of my hand and I powered down it. I never saw him again.

This is one of my favourite games when I’m out riding. I like to get someone in my sights, ride up to them and past. Guys generally don’t like being overtaken by a female and will often give chase. I can hold my own on the flat, am vulnerable on any climbs but will crush anyone on the downhills.  Most rides around here involve a long ascent, then a few ups and downs, followed by a long descent. If you’re still in my sights come the descent, you’re toast!

Of course, some resolutely refuse to play ball and ride me off their wheels on the ascent, never to be seen again. But if I don’t at least try, I’ll never get into a winning position. I wonder if Lenny cycles?

21 thoughts on “One from the Vaults: Are you gonna go my way?”