Postcard from Portugal (not): Part I

As you know, we were planning to spend Christmas and New Year in Southern Portugal. The choice of destination had been made by my beloved who’d booked the flights to Faro, booked the car hire and chosen the hotel (with my blessing).

While we were enjoying Thanksgiving on Long Island, he started to question the wisdom of his choice. When we got back from the States, I ascertained we could cancel the hotel and hire car up to two days before our planned departure.

After much dithering, my beloved announced he didn’t want to go. I cancelled the bookings. Having organised meals and drinks with friends prior to our intended departure, this left a bit of a hole in our diaries. Plus, I’d pretty much emptied the fridge, the freezer and store cupboard! 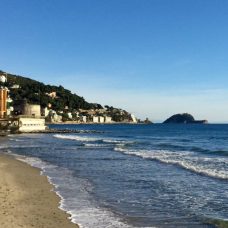 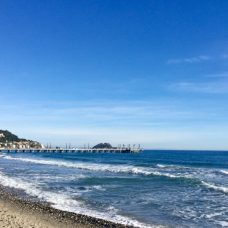 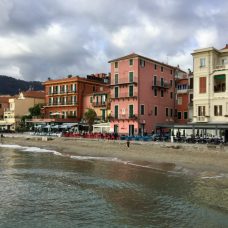 We decided to fall back on our home from home just over an hour up the road in Italy. I booked us in for three nights from 23 December. Meanwhile, we pottered about locally in the warm sunshine and, on the Sunday before our trip, I decided to try out the brunch at the Hermitage in Monte Carlo. We’ve been looking for a replacement for the one at the Grand Hotel Cap Ferret which, after a change of chef, has sadly ceased holding its winter Sunday brunches. 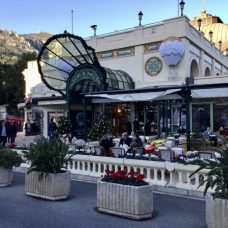 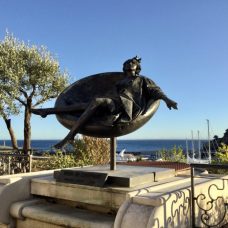 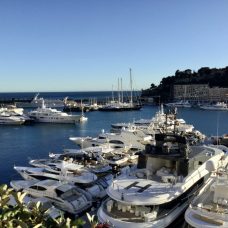 Fear not, the Hermitage with its unlimited champagne offering happily fills the bill. It was also rather enjoyable strolling around Monte Carlo in the winter sunshine, admiring the yachts in the harbour and the flash cars parked outside both the Hotel de Paris and the Hermitage. After a simply delicious brunch in rather splendid surroundings, we window shopped, admired the Xmas market and then drove home. 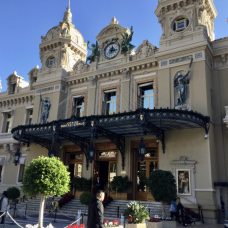 The following day we were up reasonably early for our drive to Alassio. We ate lunch in one of our regular haunts before enjoying several hours relaxing in the hotel’s Spa. After that delicious seafood lunch we happily settled for an Aperol and nibbles in one of our favourite bars in lieu of dinner. 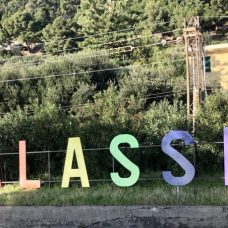 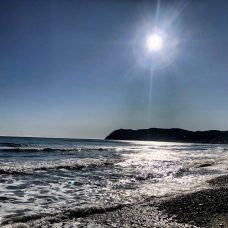 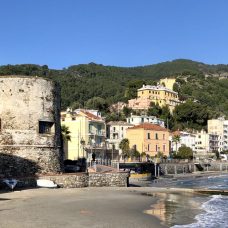 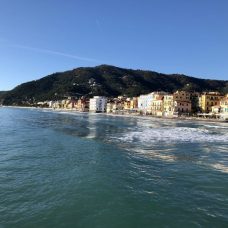 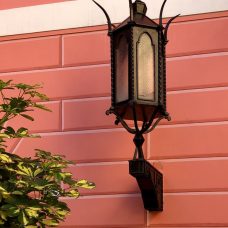 Unlike last year when it was decidedly chilly, this year the sun shone and we lapped it up sitting on our balcony. We had a very relaxing time, quite different to that which we’d planned for Portugal. We ate out at some of our favourite restaurants and checked out the Aperol offerings at some of the newer bars. We even did a spot of shopping as Alassio has an outlet Vilebrequin, home of my beloved’s favourite swim shorts. I’ve lost count of how many pairs he has but we’re well into double figures.

One of the antiques shops which had a couple of globes in the window was open but after much debate my beloved has decided he wants a modern globe and we’ve now identified a firm which makes them to order. I’m hoping this will be a less expensive option but I suspect not.

We even walked into nearby Laigueglia (where I first holidayed in Italy aged eight) on Christmas Day to work up an appetite for our Christmas Dinner that evening. We returned home the following day, well rested after our three-day break, loaded down with Italian goodies, feeling decidedly mellow after that heady mix of sunshine and spa time.

The weather between our return and New Year was unseasonably warm and sunny allowing us to spend plenty of time out on our bikes. In addition, we were able to lunch with some business contacts who’d unexpectedly popped over to Nice from UK for a few days. We might not have spent our holidays as we intended but it turned out to be a thoroughly acceptable substitute.

24 Comments on “Postcard from Portugal (not): Part I”