Back in November, Mrs Suvi most kindly suggested I might like to take part in this challenge. And, you know me, I’m always up for a challenge. Don’t forget to check out Mrs Suvi’s blog, she’s a wife and mother of two from Finland who is into travel, eating out and Prosecco – I get that!.

Feel free to join in!

Your most memorable fancy dress costume?

I’m not, and never have been, into fancy dress. In fact the only time I can recall having to dress up was when I was 10 years old and on a cruise of the Med with my sisters and parents. My mother made us the outfits from crepe paper. I was a playing card and my younger sister was a roman candle. My youngest sister was too young to join in. Neither of us won.

Which social media platform do you use the most?

I dip in and out of Facebook, Instagram, LinkedIn, Twitter and WhatsApp, generally using all of them to keep up with family, friends and business contacts. 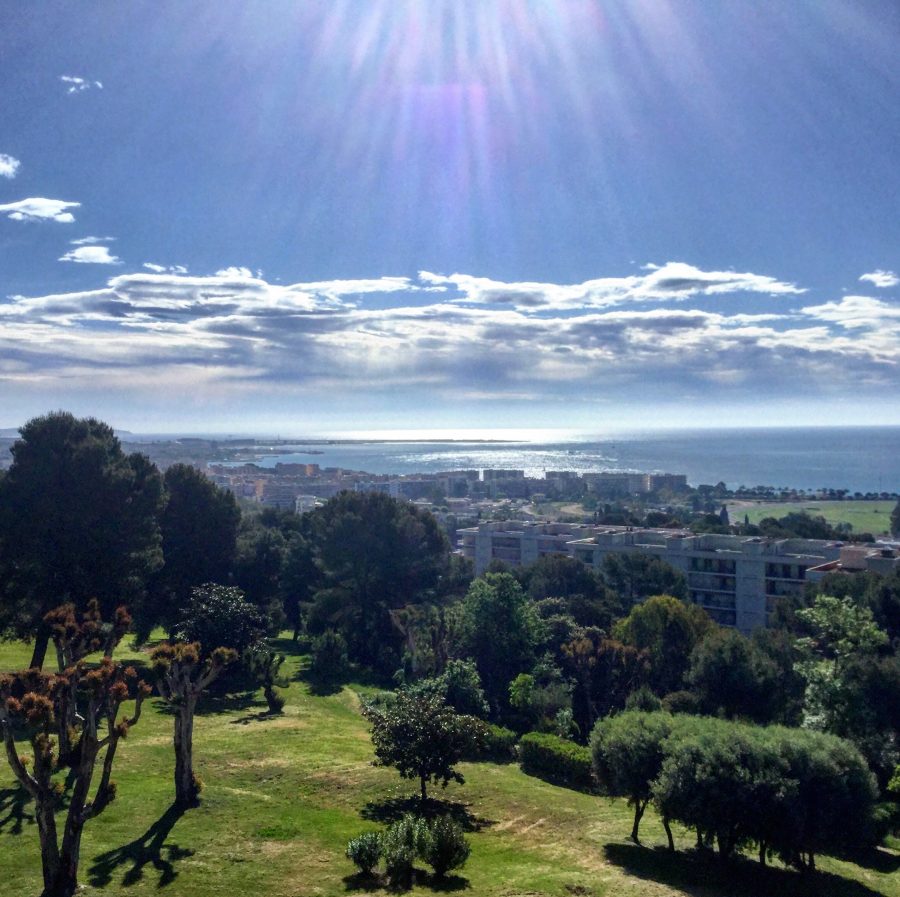 I love sunshine and warm weather, so it has to be summer. I love spending time outdoors after all those years being chained (not literally) to a desk in an office. The days are longer, you can eat outdoors and spend time on your bike in the Niçois hinterland away from traffic.

If you had to choose the beach or mountains, which would it be?

I love nothing better than walking along long sandy beaches and dipping my toes in the water. It’s harder to do here as many of the beaches, our own included, are stony. As you know, I’m not one to sunbathe on the beach for hours on end, I leave that to my two sisters! It’s the water I love, so calming.

What can you play very well?

Like most kids I learnt to play the descant recorder, and read music. That’s it. I much prefered to be outside playing sport and was a pretty good tennis and squash player in my youth. I played a lot of sport at school and university but not so much once I started work. Now I love nothing more than riding my bike.

I loved cheese ❤!! Yes, that use of the past tense is deliberate. I can sadly no longer tolerate dairy and while you can make non-dairy cheese nothing, but nothing, replicates a wonderful ooozing non-pasterised Brie de Meaux.

This is the type of question you get asked in interviews and reviews. I always used to confound people when I said I wanted to do something I enjoyed! Now I appreciate that my idea of enjoyment is probably someone else’s headache. However, I loved successfully managing people, processes, projects and big budgets.

How many cities have you lived in?

I was born in the Midlands and our closest city was Birmingham. I went to university in Loughboro’ and lived in Leicester once my beloved and I married. A few years later we moved to London and 15 years ago we moved here to the Cote d’Azur, not far from Nice.

What language do you wish you could speak?

I speak English, French German and Italian. I can get by in Spanish but wish I spoke it better. I’d also love to speak Japanese.

What can’t you stand?

Where shall I start? Indifference, not treating people and animals with respect, people who dither………

If you have an hour to kill on your hands, what would you do?

Whip up something in the kitchen, catch up on my emails, do something on my blog, a spot of yoga, some washing and ironing, a bit of housework, water my plants………… There’s no end to the things I could do but generally it would depend on what needs doing.

My morning ride which sets me up for the rest of the day. During the week it may not be for very long but, during the weekend, I try to ride for much longer. If the weather rules out riding, I’ll happily potter for hours in the kitchen batch cooking to restock my freezer.

When do you become hyperactive?

Most people would consider me permanently hyperactive, I leave many a younger person trailing in my wake.

Your most precious treasure.

I don’t treasure anything, just people. So my most precious would be my beloved husband.

I’m sure I make mistakes daily with whichever language I’m using though I don’t know unless someone chooses to kindly correct me.

What’s the best therapy for you?

If you could be a fictional character, who would you be?

Never really given this much thought and can’t think of anyone offhand.

Where did you meet your spouse/partner?

We met at university, we were introduced by mutual frends. We started dating and married nine months later. That was over 40 years ago!