When we first moved to the Nice area, we regularly walked around Saint-Paul de Vence’s narrow cobbled streets and bastioned fortifications which hug the contours of the rocky spur on which the village stands, affording fabulous views of the surrounding countryside. In addition, the village plays host to many art galleries and high-end gift shops, along with a number of sites of historic interest which are all fun to browse.

In the past few years, we’ve more regularly cycled past it watching the tourist hordes making their way up the hill from the coach car park to the town’s entrance. It’s pretty much a “must stop” on any coach tour. I’ve lost count of the number of Japanese tourists who have taken my photograph while I’ve laboured up that hill on my bike.

In January, while many of the shops, galleries and restaurants are closed, it’s a pleasure to wander around its beautifully cobbled streets just soaking up the history contained within its ramparts – declared a Listed Historical Monument in 1945 – today, they are the jewel in the village’s historical crown. And what a history!

Way back in the mists of time, an oppidum was erected on the Plateau du Puy. In those days, steeper sites were reputed to be safer. Indeed, there is a whole chain of perched villages overlooking the littoral which I’ll cover in due course. Over the centuries, people set up house around the old church of Saint Michel du Puy and the château at the top of the hill. Thus evolved the “castrum” of Saint-Paul.

In the Middle Ages, the Counts of Provence administered the region and granted several privileges to Saint-Paul. In 14th century, the village became the county town of a bigger district. In 1388, the eastern border of Provence was redefined : Saint-Paul occupied a strategic position and became an important border stronghold the same year the County of Nice switched its allegiance from Provence to the County of Savoy. This modified the eastern border of Provence, henceforth marked by the River Var. Saint-Paul assumed a strategic position in this new political context, becoming a border stronghold of the utmost importance.

Ramparts were erected during the second half of 14th century. Two of the original towers can still be seen: the Porte de Vence, with machicolations (opening between the supporting corbels through which objects could be dropped on attackers) still intact; and the Tour de l’Esperon. In the 16th century, Charles V’s repeated attacks on Provence motivated François I to reinforce Saint-Paul’s defences.

Nonetheless, the armies of Charles V, King of Spain, occupied Saint-Paul in 1524 and besieged the town again in 1536, illustrating its strategic importance on Europe’s political chessboard. In June 1538, when François I came to sign a treaty in Nice, he visited Saint-Paul and decided to have bastioned ramparts erected. The cutting-edge fortifications were designed by Jean de Saint-Rémy, Commander of the Artillery and a fortifications expert, who worked under François I and subsequently Henri II. Four sturdy bastions with French spurs (or orillons) protected the two gates into the town, whilst powerful curtain walls protected the stronghold’s flanks. 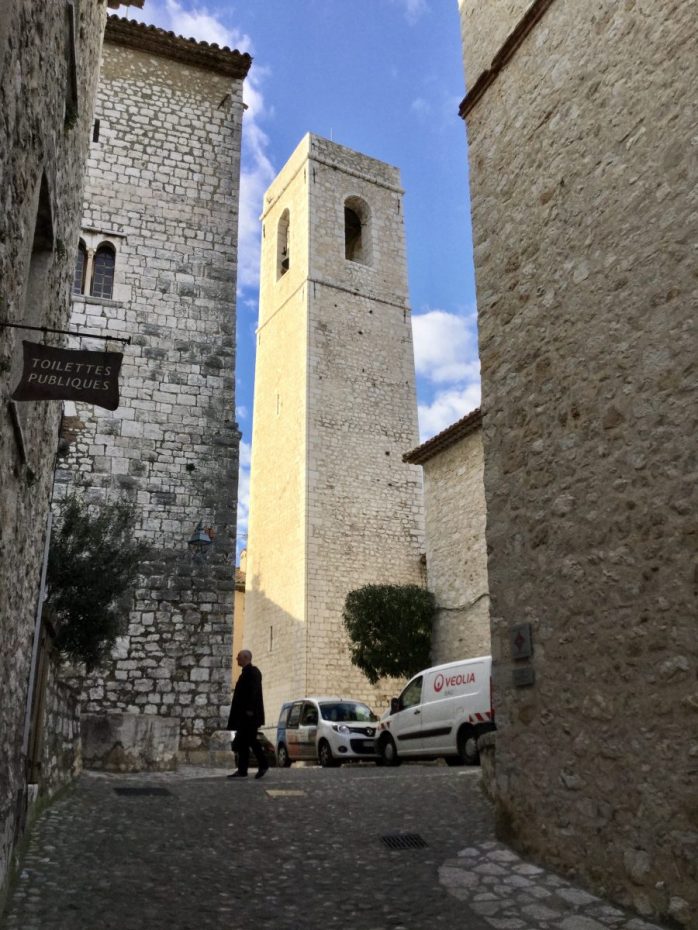 Saint-Paul’s church was extended and embellished in 17th century thanks to the efforts of Antoine Godeau – a man of the cloth and a founding member of the Académie Française in 1634 – and donations from the noble families of Saint-Paul. Its sumptuous Saint Clement Chapel decorated with frescoes dates from this period, as does the altar to Saint Catherine of Alexandria with its painting attributed to Spanish painter Claudio Coello.

Influential families such as the Bernardis and the Alziarys had sumptuous mansions constructed in the town. Friezes of leaves and fruit unfurled along their fronts, and inside they were embellished with rococo frescoes, stucco work, and monumental fireplaces and stairways. Yet Saint-Paul continued to play its military role and Vauban came to inspect the ramparts in 1693 and 1700.

Artists first started frequenting Saint-Paul at the beginning of the 1920s. The trail blazers were Paul Signac, Raoul Dufy and Chaïm Soutine. Attracted by colours and light of incomparable richness and intensity, they set up their easels here. Their arrival was fostered by the inauguration of a tramway line between Cagnes-sur-Mer and Vence, via Saint-Paul, in 1911. This opened the village up to the outside world. It was also used to export agricultural produce to Nice, Antibes and Grasse. 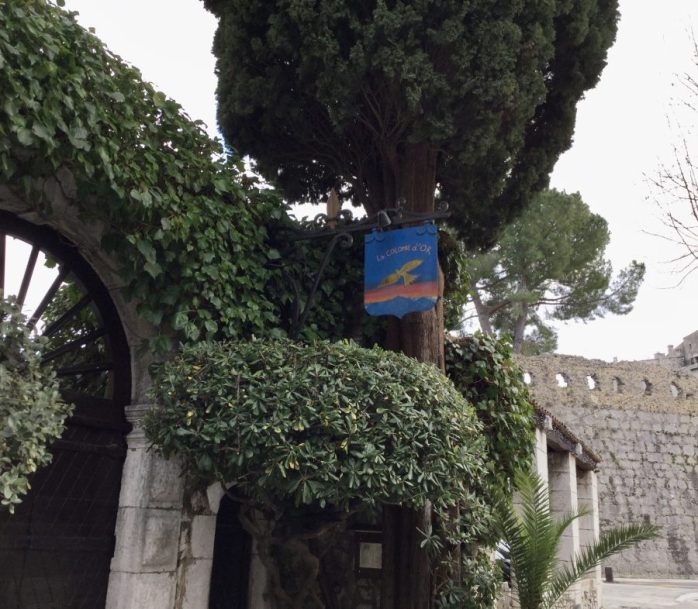 The artists enjoyed the company of Paul Roux, a many facetted resident of Saint-Paul – a painter, an art collector and the owner of the Robinson (renamed the Colombe d’Or in 1932), whose walls are still adorned with their paintings even today. Many others followed in their footsteps, including Matisse and Picasso who would call in to see their “neighbours” in Saint-Paul – the former from Vence, the latter from Vallauris and Cannes.

Throughout 20th century, actors, artists and writers made Saint-Paul into a bubbling cultural centre. Some simply passed through, others decided to settle. Each in their own way marked the village indelibly. The 1950s and ’60s were the village’s Golden Age. Saint-Paul became an amazing film set, hosting French and foreign movie stars drawn to the French Riviera by the Victorine film studios in Nice and by the Cannes Film Festival. 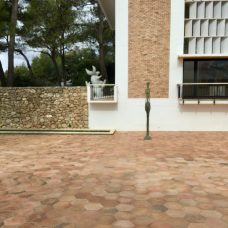 For over a century now, Saint-Paul de Vence has been forging its identity as a hub of the arts and culture. Its reputation now extends well beyond the frontiers of the French Riviera, boosted by the famous Maeght Foundation inaugurated in 1964, and the chapel decorated by Jean-Michel Folon, which opened in 2008. I’m so lucky to live nearby.