Like most women, I love accessories – they make or break an outfit. Aside from scarves, I adore shoes. A gal can never have too many pairs. As you might expect from someone who’s as organised as me, aside from trainers, boots and Birkenstocks, they are all stored in individual see-through plastic boxes, most with shoe trees. Modesty prevents me from owning up to how many pairs I have, but they all spark joy.

Last year I was disappointed not to be able to visit an exhibition of Manolo Blahnik’s shoes at one of my favourite museums in London, The Wallace Collection. Now I’m wondering if I can fit in a trip to Paris before the end of July to see Exhibition[iste], at Le Palais de la Porte Dorée, a retrospective devoted to the work and creativity of Christian Louboutin, the internationally renowned footwear designer, he of the red soled shoe.

While I don’t have any Blahniks in my extensive shoe collection, I do have some Louboutins. They are sadly addictive. I acquired my first pair after an excellent luncheon at the nearby Belfry, a private members’ club owned by the Swiss chef Anton Mosimann in Belgravia. Once bitten, further pairs joined the collection. In my defence, they are classics , or should I say works of art and, over 15 years later, I’m still wearing them – special occasions only. 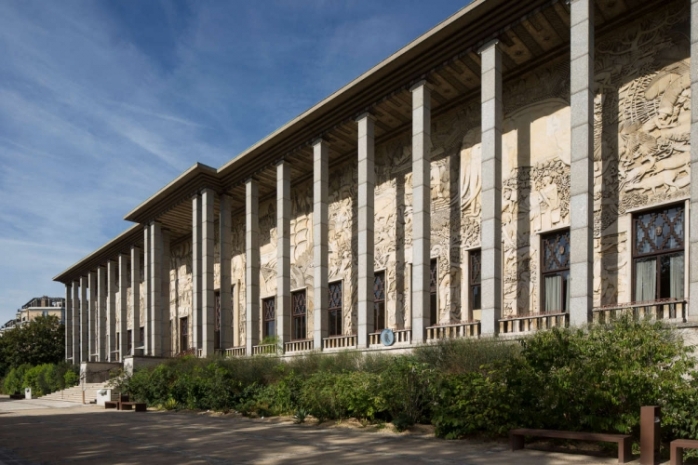 The exhibition is an invitation to discover Louboutin’s rich universe and explore every facet of his multi-referential work, in an institution that has played an important role in inspiring his vocation. Born in 12th arrondissement, close to the Palais, Louboutin was fascinated from an early age by the architectural beauty and ornamental richness of the Art Deco masterpiece, which was one of the earliest influences feeding his love of art.

During his childhood, when it was known as the Musée National des Arts d’Afrique et d’Océanie, it held such relics as traditional carved masks from places that had been part of the French empire. Louboutin says:

I would imagine the tribes dancing, and the people who lived in these far-flung places. For me this museum was a way to travel the world.

That collection moved to the Musée du Quai Branly, in the 7th, while the Palais now primarily exhibits contemporary art by France’s foreign-born population.

Louboutin borrowed a whole repertoire of forms and motifs from the Palais for his first designs, including the Maquereau shoe (bottom centre) – made of metallic leather and directly inspired by the iridescence of the fish in the Palais’ tropical aquarium. It was also at the Palais that the young Louboutin noticed a sign forbidding visitors to wear high heeled shoes. This sign subsequently inspired the iconic Pigalle shoe (bottom right) which has been reinvented over the course of the seasons. The designer claims:

It lingered in my mind, and provoked my interest in shoes. 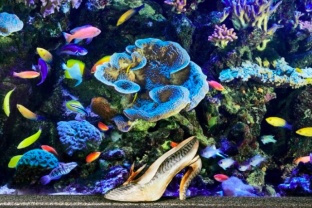 In revealing Christian Louboutin’s inspirations and creative processes, the exhibition showcases the designer’s vision through a selection of the most precious works from his personal collection and loans from public collections. A large selection of shoes are on display, some of which have never before been exhibited.

These historic and artistic pieces are shown alongside a number of exclusive collaborations which pay tribute to Louboutin’s admiration for craftsmanship. These include works by the director and photographer David Lynch, the New Zealand multimedia artist Lisa Reihana, the British designer duo Whitaker Malem, the Spanish choreographer Blanca Li, and the Pakistani artist Imran Qureshi, among others.

Louboutin’s relationship with the beautiful Art Deco building has remained strong; he helped fund its 2018 renovation. The Palais in the 12th may be outside Paris’s usual cultural hubs, but there clearly could not be a more fitting place for his show.

Wonder why they didn’t ask to borrow my Louboutins for the exhibition? They’re in immaculate condition.

24 Comments on “Lusting after Louboutins”