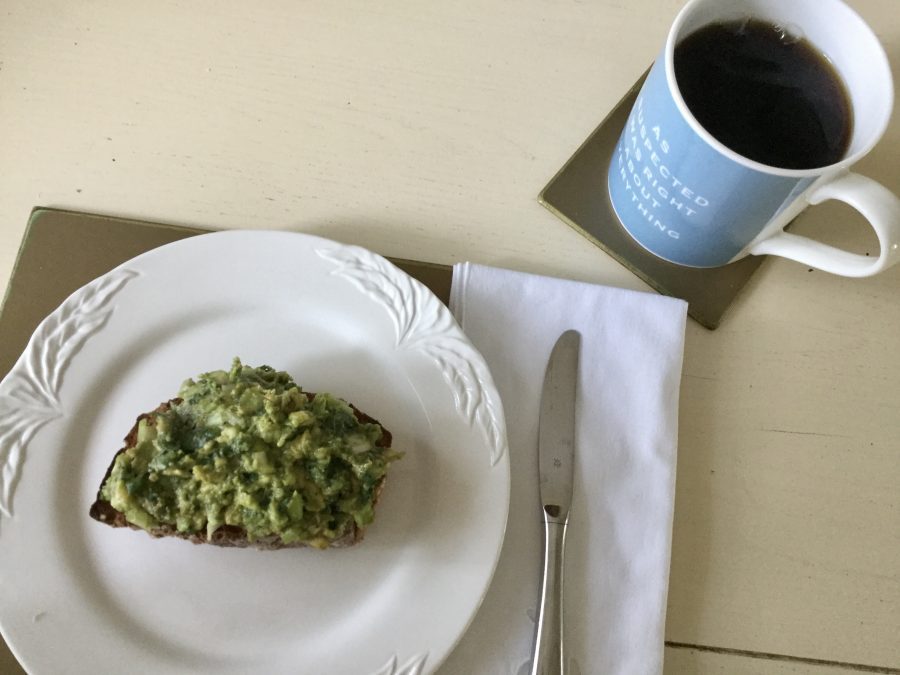 I don’t generally respond to daily prompts or challenges but this one grabbed my attention. It’s true.  None of us can go out for breakfast, so what are we eating at home?

I thought Bushboy  would approve of my Aussie staple: spicy avo on toast (home made spelt bread) and black coffee. This is what I eat most days. Occasionally, I’ll have porridge or my home-made almond and cashew butter on spelt toast.

The mug was a present from my kid sister and says: « As I suspected I was right about everything. » My sisters have bought me a number of similarly themed mugs over the years. And they’re not wrong.

My beloved’s mug says: « Trophy Husband. » He absolutely loves it! He had yoghurt followed by home-made marmalade on spelt toast. Usually it’s my home-made marmalade which I’m forbidden to share with anyone else but this was made by some French friends. It’s more of a compote than a jam and they’ve left the pips in it. However, he says it has a nice bitter taste.

← A trip to the Casino de Monte Carlo
Wordless Wednesday →

27 Comments on “Bushboy’s cafe at home”