I love these weekly challenges hosted on alternate weeks by either  Amanda or  Sandy because it forces me to think about what’s in my photo archives and how I might re-purpose them. This week’s challenge is set by Sandy who’s been playing around with editing software – way beyond me I fear! 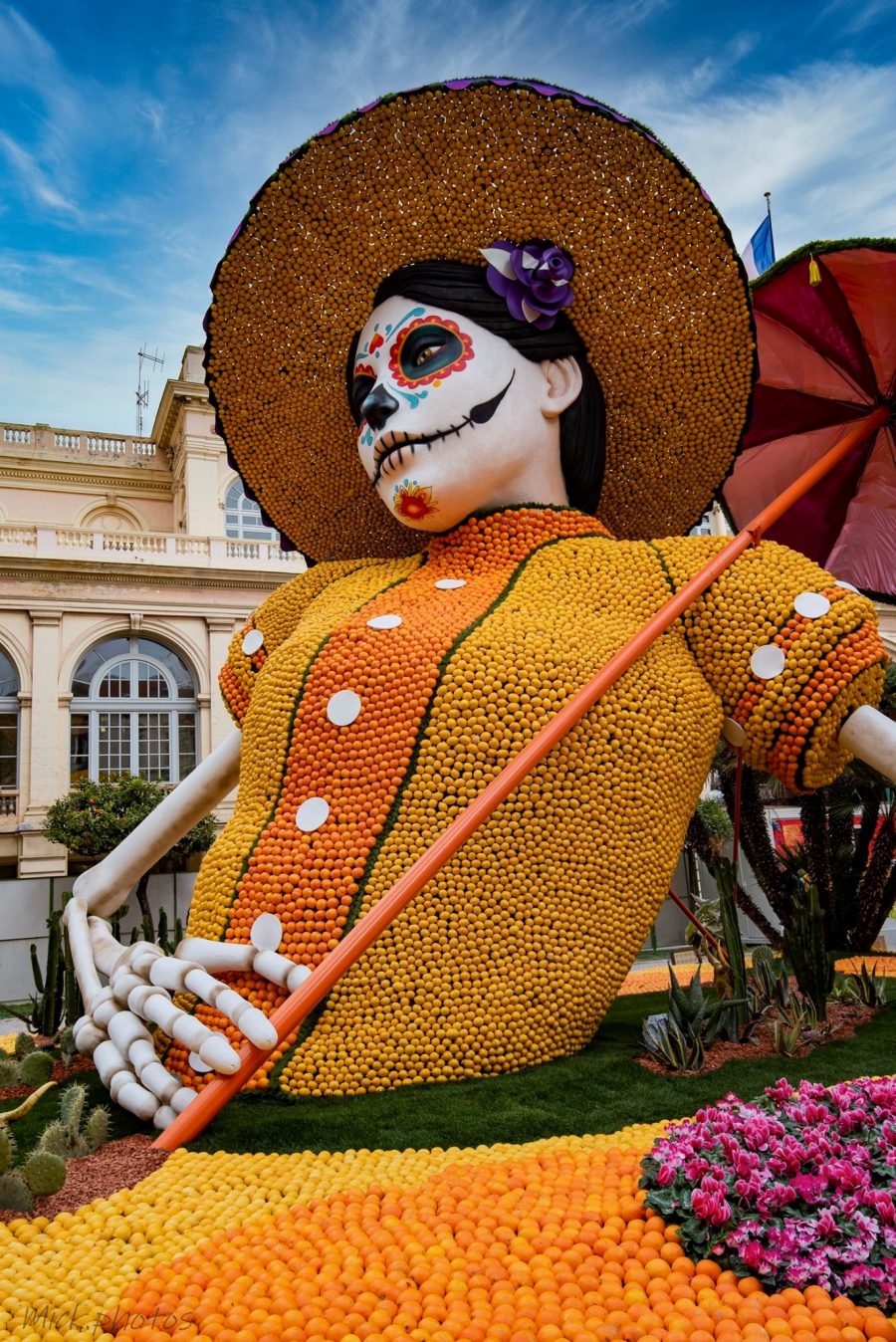 If you’ve enjoyed this post, why not join in the fun?

Continuing my Basque flavoured theme this week, here’s the second-part of my post on one of my favourite stage races, Vuelta al Pais Vasco #Itzulia.

Pretty much like the riders, when you’re following a race, your days follow a very similar format. Turn up at the start 90 minutes before the race start which, weather permitting, enables you to catch up with the riders and take photographs. It’s always easier if the team buses are parked close to the sign-on which isn’t always possible in some of the smaller towns. However, once the weather deteriorated, this became a bit of a logistical nightmare with the riders, understandably, not wanting to spend a moment longer than necessary in the freezing, wet conditions. Luckily, the weather doesn’t dampen the appetite of the fervent Basque fans who line the ascents in their hundreds and thousands.

The peloton departs and we race to our car or, in this case, our rented Renault Kangoo, to drive to the finish. We head first to the press room to bag our places, set up our laptops, enjoy the plentiful buffet and chat with a few of the photographers and reporters. Then it’s time to check our email and start writing up the summary of the day’s racing as it starts to unfold on the tv screen.

When the peloton’s 10km from home, the press room empties, everyone races to the finish line and listens to the two-handed Basque-Spanish commentary team, awaiting the arrival of the riders. Race over, we drift to the podium to congratulate and photograph the winners, then it’s back to the press room to finish the day’s report, download and edit the day’s photographs.

Job done, our thoughts drift inevitably towards dinner. We were staying in a charming family-run hotel close to a national park, in a town with a couple of restaurants and bars, one of which was excellent and where we ate most evenings. We didn’t manage to work our way through the menu as we often opted for the day’s specials. A relaxing glass of Rioja and we were both tucked up in bed, fast asleep, well before most of the riders.

Towards the end of our break, we popped in to see the owners of the hotel where we stayed last year. We couldn’t stay there this year as it was fully booked! I knew I shouldn’t have written them such a glowing review. We were greeted like long-lost family members and the welcome and cooking was as warm and as fantastic as we remembered. Given the dreadful weather conditions, my beloved is suggesting we opt for the Tour of Turkey next year. I’m not so sure. I really enjoy our sojourns in the Basque country and am already looking forward to our next trip at the end of July for the Clasica. 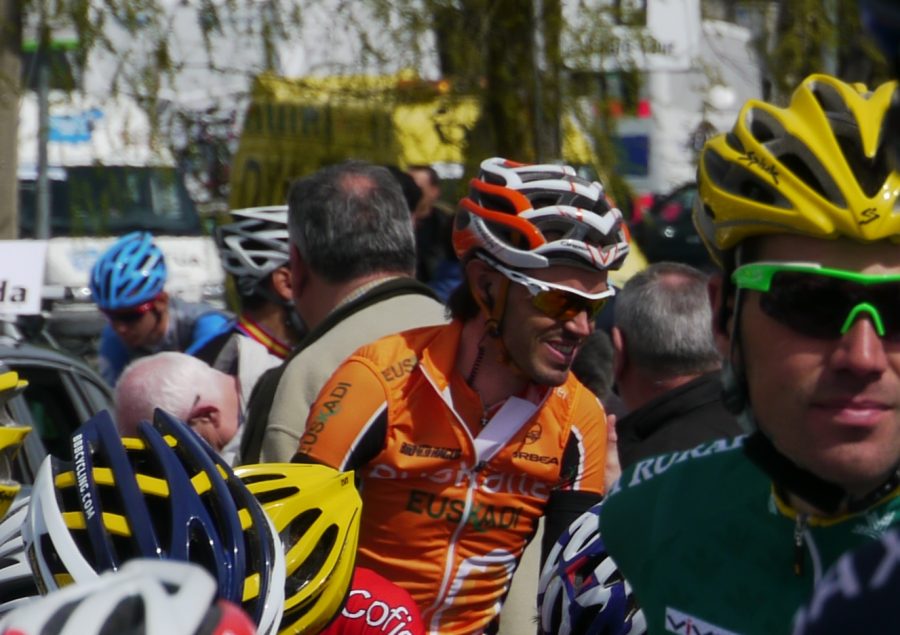 I did say that I wouldn’t recycle too many cycling posts but, frankly, I’m having severe withdrawal symptoms with there being no live racing, anywhere. Ahead of what would have been this year’s Tour of the Basque Country, I’m recycling one from April 2013 which is lacking my trademark photographs – apologies! However, my husband provided plenty from the race for VeloVoices.

I know, I’m back home and I’ve not sent my postcards! We’ve all done it, haven’t we? But, to be honest, it’s the first time I’ve had any real opportunity to write about the trip and not the race which you can read about over on VeloVoices. Well apart from the shenanigans with the Russian visa application.

First up the weather was initially much better than anticipated meaning my beloved was able to ride for the first few days and I even accompanied him despite his unerring ability to find every steep climb in the neighbourhood. Admittedly that’s not difficult in the Basque country although this time he succeeded in finding one or two of the longer, more taxing climbs.

Of course, when I say I rode with him, I meant I trailed behind him. My beloved, despite our lengthy marriage, constantly fails to appreciate that if he runs, skis or cycles with me I’ll make an effort to keep up. Disappear 500m or more up the road, leaving me to my own devices, and I’ll amble along admiring the countryside or get into conversation with other cyclists. As a result, we rarely cycle together.

The first Saturday morning dawned bright, albeit overcast, after Friday’s torrential downpour,and my beloved wasted no time in hustling me out the door though, half-way into our ride, the heavens opened again and we turned tail and fled back to the warmth of our small family-run hotel.  In the afternoon we drove into Navarre to watch the GP Miguel Indurain where conversely the weather was dry with a chilly wind. The race weaves loops around the pretty old town of Estella where, after a truly magnificent lunch, we exhorted the peloton, surprisingly split into a multitude of small groups up the final climb.

Sunday morning we opted to further explore the countryside on two wheels. The sun shone although there was still an early morning nip in the air. The scent of word-burning fires, the bright lime-green shoots on the trees, the blossoming hedgerows, the sound of dogs barking and the tinkle of bells around the necks of goats and sheep gave everything a distinctly alpine feel but then we were riding at around 600-900m and some of the hills still had traces of snow.

I love riding in the Basque country where cyclists always seem to outnumber the motorists who keep a respectable distance and toot in a friendly and encouraging fashion as you labour up yet another of those steep, sharp inclines. Sunday was no exception and we saw many groups from the local cycling clubs, I even cycled and chatted with a few of them after being abandoned by my beloved. Ride over, we settled down to a plate of tapas, a glass of red wine and, on the big screen, the rigours of racing over the cobbles in Belgium in the Tour of Flanders.

Monday dawned bright and fair, again contrary to expectations, as we headed over to Elgoibar and the start of one of my favourite races of the year: the Vuelta al Pais Vasco. Accreditation secured, we headed to the team presentation and sign-on where I was able to catch up with a number of friends who were riding in the race. There’s nothing nicer than watching and encouraging someone you know. Our early start also gave us an opportunity to catch up with friends old and new in the press corps.

This race is extremely well attended by the bike loving Basques. The biggest cheers, not unnaturally, are reserved for the “home” team of Euskaltel-Euskadi and their lead rider and defending champion Samu Sanchez who obligingly had his photograph taken with hordes of dark-haired, dark-eyed moppets: inspiring the next generation. It’s also very evident that former winner Spaniard Alberto Contador is popular with the on-lookers.

The appreciative and knowledgable crowd also welcomes “old friends” such as Jens Voigt who was awarded a plaque in recognition of his support of this race. Conversely, Sky turning up with only six riders, and failing to attend the team presentation, was seen as disrespectful. As the race progressed, they made a point of arriving more punctually for the sign-on except for their gregarious bearded Basque Xabier Zandio who was an early starter most mornings. By the time they started winning stages, they were forgiven.

I love watching the pre-start interaction with everyone milling around the team buses in the hope of catching a glimpse of one of their heroes, a souvenir or two or just checking out the bike bling. Likewise those five minutes or so before the race starts where some riders wait patiently, composing their thoughts before the day’s challenges while others chat with their compatriots on other teams, no doubt comparing their experiences of the previous day’s racing.

The Vuelta al Pais Vasco follows a similar pattern most years, with the first and last days of racing centred on one town and the four stages in between setting off from the previous day’s finish town. It all takes place within a relatively confined geographic area allowing the teams to spend most of the race based in one hotel, close to the action, thereby avoiding long transfers and early morning starts. I think this is recompense for the fact that several stages take place in the freezing cold rain. This year’s been no exception, the rain started in earnest on Thursday with the Eibar summit finish shrouded in freezing fog. Friday morning we awoke to find a blizzard blowing. Why did no one tell me the locals’ nickname for Vitoria-Gasteiz is Siberia?? (to be continued)