The Musée Matisse is part of a vast heritage complex in Cimiez that includes the Roman arenas and ruins, a garden with hundred-years old olive trees, as well as the Cimiez monastery.

Henri Matisse (1869 to 1954) is considered by many to be the most outstanding representative of Fauvism, a style which emphasises painterly qualities and strong colour over the representational values of Impressionism. Though, before this, he painted in many different styles. He was a noted friend and peer of Pablo Picasso. From 1917 until his death, except for a five-year break when he lived in nearby Vence, Matisse lived in Nice, creating his works in a studio located in the “Yellow House” in the Cours Saleya, in Nice’s Old Town.

Matisse first stayed in the building which now houses the 4* Hotel Beau Rivage, when he came to Nice to cure his bronchitis. Unfortunately, it rained for the whole month, so he painted the interior of his room over and over again. On the final day the sun came out and, when he saw the light, he was hooked. He stayed here until he died of a heart attack. He is buried with his wife in the Cimiez cemetery, near his eponymous museum.

The Musée Matisse was inaugurated in 1963 on the second floor of 17th century Villa des Arènes (formerly the Palais de Gubernatis – after the first owner), to exhibit the artist’s and his heirs’ gifts to the City of Nice. It is one of the largest collections of the French artist’s works.

In 1989, the Archeological Museum, which previously shared the same building, moved out to its own dedicated building to facilitate a remodeling of the museum. Architect Jean-François Bodin rethought the interior spaces of the old Genovese villa and designed the expansion to accommodate a vast foyer, an auditorium and a bookshop. The new building was inaugurated in 1993. An educational workshop was added in 2002, and a design office in 2003.

In 2013, the ceramic La Piscine, a gift from Claude and Barbara Duthuit (Matisse’s grand-son and wife) , was installed in a dedicated room, on the entrance level. In 2017, another renovation project rethought the way visitors interacted with the space, remodelled the entrance and installed interactive educational devices. 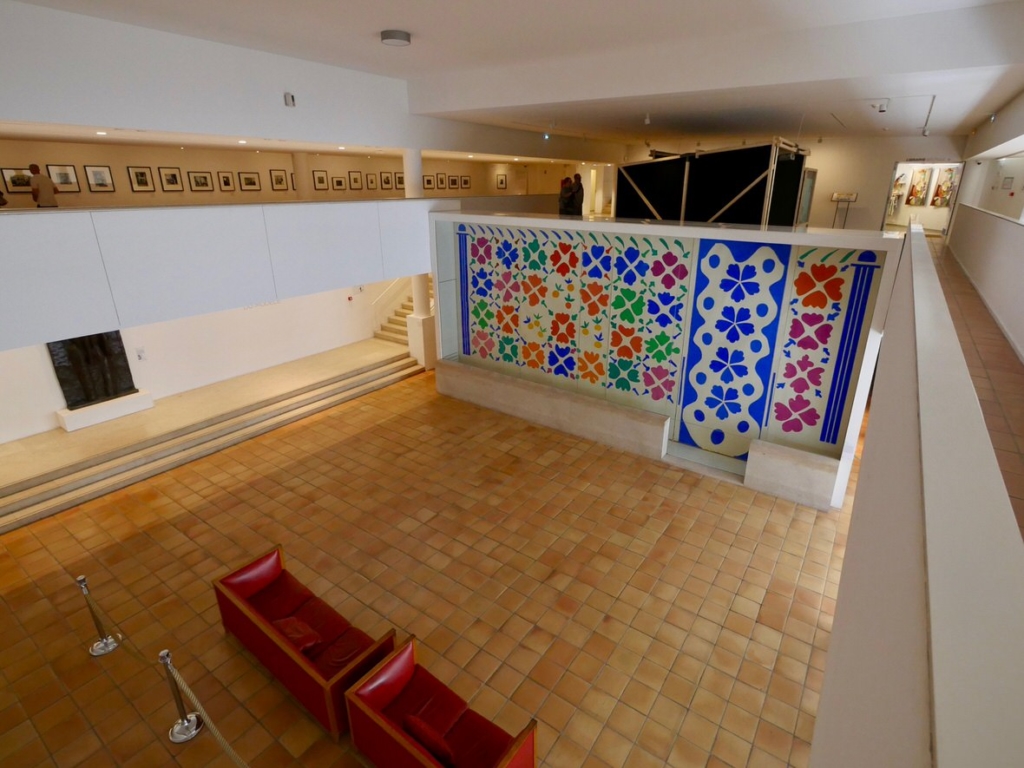 The museum perfectly documents the various stages of the artist’s development. Several dozen paintings; hundreds of drawings, prints, and photographs; sculptures, mostly made of bronze by Matisse himself; as well as books illustrated by the artist and numerous cut-outs, have been gathered together here. In addition, the museum houses everyday objects that belonged to Matisse.

An exhibition about the Chapel of the Rosary (Chapelle du Rosaire) located in Vence and designed by Matisse occupies its own space. The museum has, among other things, a scale model of the chapel, as well as the projects of individual works constituting the chapel’s equipment.

This is yet another of my favourite places in Nice and can easily be combined with a visit to the nearby Musée Marc Chagall.