Long-time readers know that I don’t subscribe to any religion; I’m agnostic, a sceptic. There are lots of religions, lots of different beliefs and I greatly respect anyone’s religion and beliefs. Do I believe that only one of them is right, and the rest wrong. Hell no! I think they’re just different ways of articulating the same thing “the meaning of life.” So you might find it kind of amusing that I fondly imagine my late parents have been reunited in some Elysian spot and are still watching over me. Do I really believe that? No, but I do derive comfort from it and, at the end of the day, that’s all that really matters.

This is a rather odd way of introducing the subject of gardening. I love a beautiful garden, doesn’t everyone? What I don’t like is the back breaking work (and cost) that goes into developing and maintaining said garden. I have on numerous occasions talked about my lack of “green fingers” calling them digits of doom. In that respect I don’t take after my late mother who lavished endless amounts of time (and money) on her beautiful garden. It was always a blaze of colour and a welcome habitat for wildlife.

I used to pay for her RHS subscription and tickets to the annual Chelsea Flower Show as a small token of my appreciation of everything she did for me. She was enormously knowledgeable about flora and fauna and there are times, when I see something I don’t know the name of, I wish she was still around to ask. Unfortunately, this happens all too frequently.

My father wasn’t as in to gardening as my mother but he did like a beautiful garden and was very particular about his velvety green, weed-free lawn. He had one of those mowers which leaves perpendicular stripes on the lawn and carefully used to trim the lawn’s borders. He would have no truck with a hover mower. Once he’d retired, he did take more of an interest in gardening and Mum gave him a small project, the creation of an alpine garden in one of the rockeries, which he enthusiastically embraced.

As my mother’s Alzheimers progressed, she stopped gardening even while she still claimed to b doing it. One of the first things my father did after her death was to restore her beloved garden to its former glory. He died not long after my mother and the house and garden were remodelled by my sister and brother-in-law. They’ve done their best but neither possess my mother’s passion for gardening. It looks nice but it wouldn’t win any prizes whereas my mother’s garden always elicited gasps of delight from everyone who saw it. 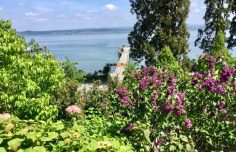 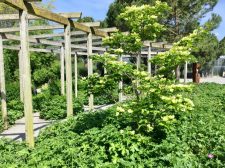 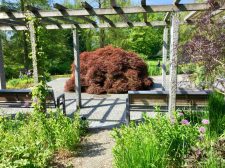 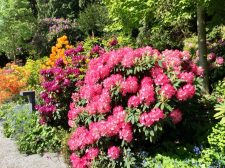 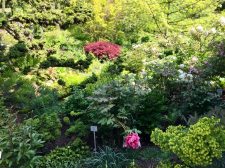 She would however be amazed to know that I’ve recently started watching documentaries about gardens and, in recent years, have much enjoyed visiting them. Our recent confinement has led me to taking more care of our much maligned terrace garden which only contains succulents. We’ve trialled lots of plants and bushes and even citrus fruits but none could withstand our indifference.

Our succulents come from the garden of a friend of my sister, who lives in nearby La Napoule. My younger sister, who bought our holiday home, discarded the fake topiary balls which I had put in the wide balcony trough, replacing them with cuttings of succulents from her friend’s French garden. Said cuttings have flourished as the trough is sheltered from the wind but benefits from both rain and sunshine. In fact they’ve flourished so much, she has to keep cutting them back. I get the cuttings. I just stuffed (literally) these into some pots on the terrace and did absolutely nothing to them. 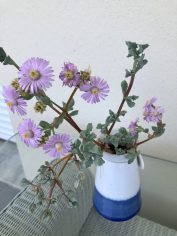 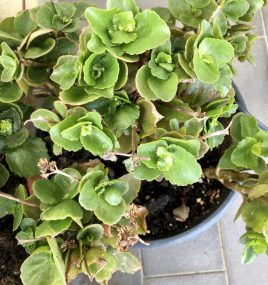 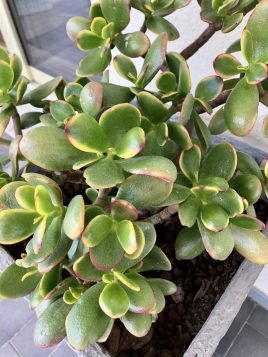 Some of the more hardy species have taken root, others have withered and died. My weekend project during lockdown has been to nurse those on life support back to life and even add to my collection from plants I found on my daily rambles around the Domaine. This has been an unqualified success. Thanks to a spot of TLC, the garden is in bloom, literally.

My late parents, if they are indeed watching over me, would be much amused by my belated endeavours.

71 Comments on “Making sense of stuff”