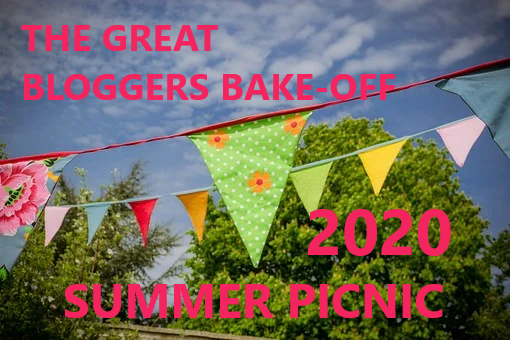 Here is my submission to this year’s splendid Baking Contest. As the holder of the crown I did wonder whether I could take part again this year but then I thought, why not? I do hope you’re all joining in as well. It doesn’t matter what it is, if you’ve baked it the fabulous Jeanne from A Jeanne in the Kitchen will judge it!

It’s all good fun and who doesn’t need more of that in these challenging times? So hurry along as there’s not much time left to submit pictures those baked goods! 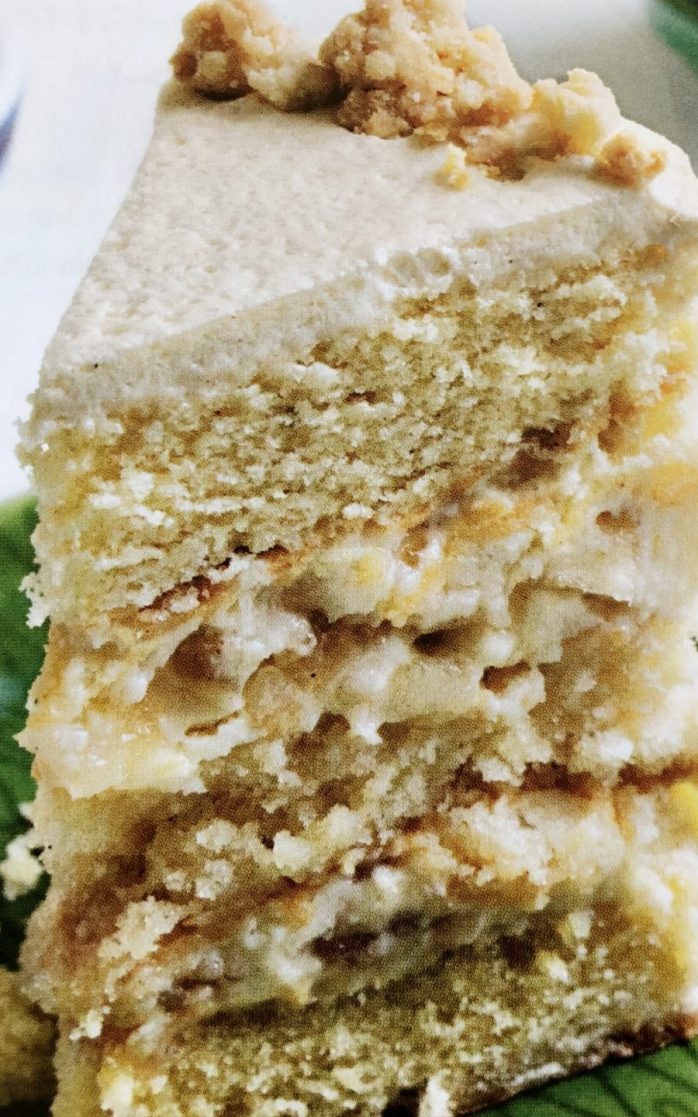 As many of you know from my recipes, I don’t do fancy cakes. I do cakes that sit in the back pocket of a cycling jersey for mid-ride refuelling. We’re talking dairy-free, gluten-free, refined-sugar free, reduced fat and vegan. This does not however mean reduced or taste-free cakes. But, from time to time, and for special occasions, I’ll make a bit more of an effort and make something truly glorious and artery furring!

I first made this cake about five years ago for “my little cupcake” which rather miffed my beloved as, or so he claims, I’ve never made him a special birthday cake. So, in a massive break with tradition, during lockdown I made him the self same cake, an apple pie layer cake from the pastry genius Christina Tosi of Momofuku Milk Bar fame, which he agreed does indeed taste like apple pie in cake form. What man can resist apple pie? Exactly!

Christina Tosi’s cakes are small but perfectly formed and assembled in a cake ring, wrapped in acetate sheets, and presented with their sides unfrosted. Although I usually like a perfectly frosted cake, I love this presentation because it reminds me of a trifle in which you see each layer of the individual components of the dessert. 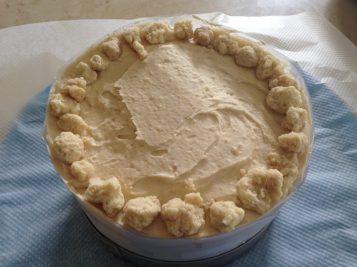 The process starts with a soft and velvety brown butter which forms the layers. You then dunk a pastry brush into a cinnamon flavoured apple cider soak and cover each layer of the cake with it. On top of that goes a layer of liquid cheesecake – your stomach is rumbling as you’re reading this and your mouth is starting to water, isn’t it? Then comes a layer of pie-flavoured crumbs and caramelly apple pie filling. The whole process is repeated twice more, then topped with pie crumb frosting and decorated with yet more pie crumbs. (Tip: use a dry, hot knife to cut it to preserve the layers.)

Making the cake is akin to taking part in something like the heptathlon. In addition, you need to be well-organised and make sure you have everything prepared ahead of time. It’s made up of numerous stages which all come together at the end. Note, the finished cake has to freeze for 12 hours before being served, so it’s not a last minute dessert. However, I like that parts of it can be made well in advance. Obviously, it took me a lot longer to make it than my beloved took to eat it!

← Things about France that surprised me: To Bise Or Not To Bise … That Is The Question!
The Great Bloggers’ Bake-Off 2020: Part II →