One from the vaults: Back from the Basque country 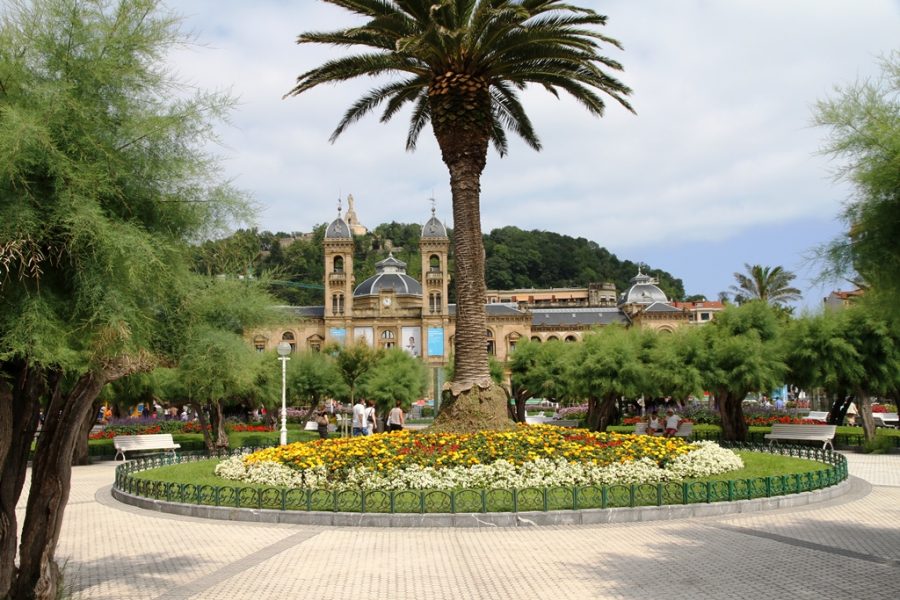 Usually at this time of year we’re just heading back from the Basque Country having watched one of my favourite one-day bike races, the Clasica. We missed out last year while we were enjoying our #adventuredownunder so i was particularly looking forward to spending a week at Akelarre – a restaurant that’s now become a hotel too – and watching some bike racing. Hey ho, there’s always next year. Meanwhile, here’s one I prepared earlier…….

I’m back from a number of days of unintended blog silence. Although the hotel we stayed at in San  Sebastián had free WiFi, I decided not to take my notepad with me. On these short trips, I really want my beloved to have a break. If I start using my notepad he’ll get out his laptop and start working. I do allow him to remain in contact via his phone but somehow that seems less intrusive.

I had so enjoyed my trip last year to the Basque country that I was looking for any excuse for another visit. The Clasica Ciclista San Sebastian was happy to oblige. It was originally planned as a solo trip, while my beloved was in the Far East, but, when his trip was delayed for a couple of weeks, he decided to join me.

I flew from Nice to Bordeaux, took the bus to Bordeaux station and then a train to San Sebastian. The hotel was a 15 minute walk from the station and within sight of the start and finish line of the race. I could have waited for my beloved, who was going to fly into Bordeaux later that day, but experience has taught me never to wait for him unless there’s absolutely no alternative. In any event his flight was late and, still suffering from jet lag, he decided to stay overnight in an airport hotel and drive up the next morning. Meanwhile, I spent many hours happily wandering around San Sebastian enjoying it’s architecture, sights, sounds and smells. This place is foodie heaven.

On our trip last year we had made the pilgrimage to Arzak, a restaurant with 3 Michelin stars and rated 8th best restaurant in the world.  About three months before our trip it took me endless emails to finally secure a table one lunch time. This year it took just one. I always say when you can easily get a table in a city’s top restaurant, you know it’s enjoying tough times. Initially, unsure whether I would be able to secure a booking at Arzak, I also tried to book tables at two of the city’s other 3 starred restaurants. Again, there was absolutely no problem in obtaining a table. Yes, I know three x 3 starred restaurants is way over the top. I agree. I cancelled one of them.

Not only were there gastronomic delights in store but I found out  Bon Jovi were in town Friday evening for the penultimate date of their 2010/11 World Tour. There was no problem in buying tickets which ranged in price from Euros 20 (standing) to Euros 275 (Diamond VIP Circle). Now I’m not sure exactly what you got for your money for the top priced ticket but, at the very least, I’d want a night with Jon Bon Jovi himself. I plumped for tickets costing Euros 60, allocated seats. It’s official, I’m old. This is the first concert I’ve ever attended, and I’ve attended plenty, where I’ve deliberately opted for a seat.

Despite, or because of, his Garmin, my beloved arrived in San Sebastián, minus his jacket, which he’d left in the airport hotel bedroom, and with barely enough time to make our lunch date at Arzak. It was just as good as we remembered. It’s not a restaurant that you could eat at regularly because there’s a real sense of drama and theatre when you eat there which would be lost with regular visits. We had a mind-bogglingly fantastic meal (again) and left feeling truly sated. We’d work off those calories at that evening’s Bon Jovi concert.

After a long walk along one of San Sebastian’s beaches, cooling our feet off in the warm water lapping the sand, we drove over to the football stadium to see Bon Jovi. The boys didn’t disappoint, despite it being the end of a very lengthy tour, belting out 27 songs from their repertoire with gusto. I did however think that in the big screen close ups they looked tired, too many nights with the Diamond VIP circle perhaps? 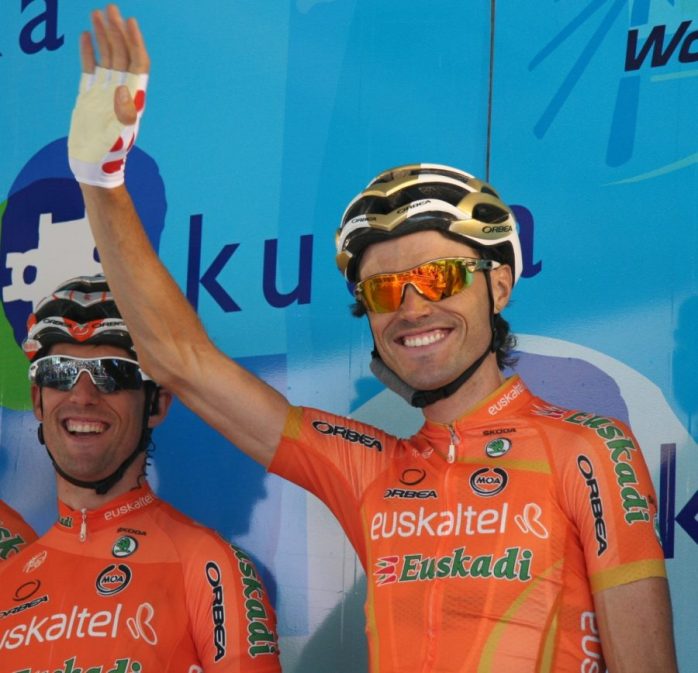 Saturday heralded the main event and we were handily poised to soak up the pre-race atmosphere which is very relaxed and familiar, not at all like the Tour de France. The event is obviously well supported by the Basque riders who earned the loud, vocal support of the crowd. Equally well received were such luminaries as Sylvain Chavanel, Frank Schleck and Philippe Gilbert. This is an event typically won by an in form rider off the back of the Tour de France and merry go round of criteriums. Indeed, Phil Gil had flown in on a private jet in the early hours. Nonetheless, he looked as fresh as a daisy and once the orange led peloton had reeled in the early escapees, Sammy Sanchez launched his offensive to escape from the Belgian flag clad Walloon.

Sunday heralded a visit to another 3 starred establishment, Akelarre, situated beyond Monte Igueldo, with a panoramic view of the sea. This was pure Basque cuisine ratched up several notches. Again, it was a highly enjoyable meal in very relaxing surroundings. However, for me, the highlight was a guided tour of the kitchen by the chef and restaurant owner, Pedro Subijana.

While we’re heading back to the Basque country in early September to watch the stages of the Vuelta near Bilbao, I am already plotting my return to San Sebastian next year. I am hoping to combine the Tour of the Basque Country (early April) with a cookery course in Basque cuisine. As a consequence, I have been trying my hand at a few words in Basque. I just need the Basque made simple or Basque for idiots course, then I’ll be all set.

10 Comments on “One from the vaults: Back from the Basque country”