One from the vaults: You shall go to the ball 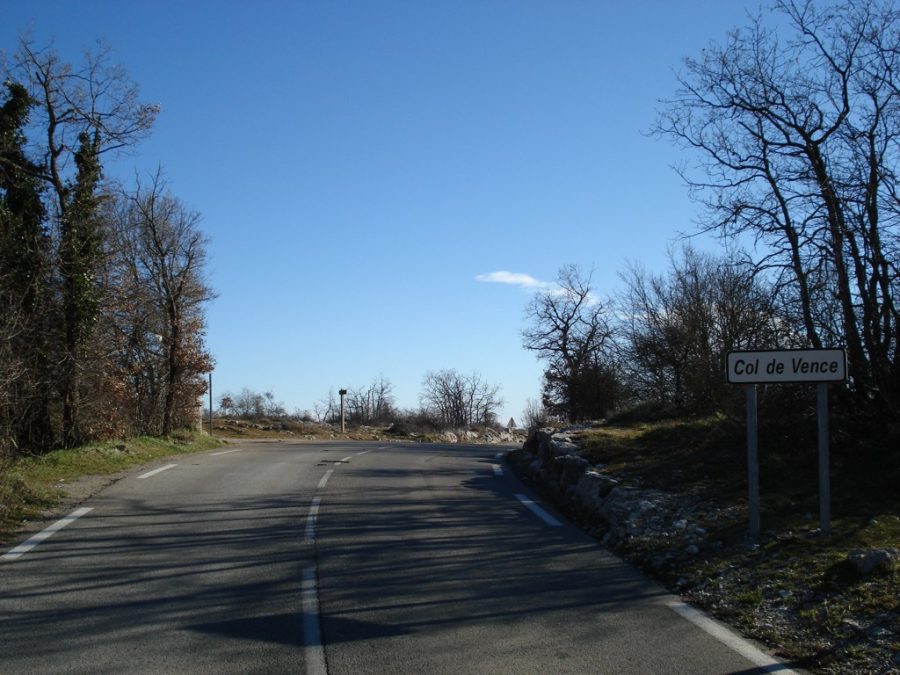 We’re heading to September 2012 with this one and my favourite training ground, Col de Vence. Despite adding more years to the clock, I’ve finally mastered this climb and more recently turned in my best time ever!

Ever since I found out about the time-trial up my favourite hill, the Col de Vence, I’ve had it as my season’s objective. My cycling coach had me train by riding up inclines three times, each ascent faster than the last. Except I never quite managed that part. At best I might have managed a slightly, and I do mean slightly, faster second ascent but the third was always slower. Undeterred, I persisted.

My desire to take part in the race arose from the fact that the slowest time recorded last year was 67 minutes, way more than my best time. When I told my husband he replied “he must’ve punctured!” The event was held last Sunday and you’re probably wondering how I fared? I didn’t take part, instead I played a key supporting role.

One of my teens was planning on riding in a race to Auron on Saturday, when it was cancelled he decided to take part in the Col de Vence race. For minimes and cadets it’s a race rather than an individual time-trial. So I signed him up and arranged that he’d stay overnight with us. The teen with whom he has English lessons had just returned from his summer holidays and he wanted to take part as well. So I signed him up too. In the course of making sure they were both entered, I got chatting to the organiser. I explained that I had thought about entering based on the time of last year’s lanterne rouge. He said: “Oh him, he punctured………twice!” That’s right, my desire to enter vanished in a trice.

So, Sunday morning, after a winning breakfast of French toast, we arrived at the start bright and early. The boys picked up their numbers and went for a gentle warm-up. There was a much better turn-out than for La Ronde (our local club race) although the boy who won that was there too. Initially, I watched the time trial. Last year a new record of 24:24 was established, this year the race was won by a mountain biker with a time of 25:00. There was only one female entrant, so I’d have been no worse than second. She was much younger than me so I’d at least have been first in my age group – result!

The teens were nervous; butterflies in their stomachs. They set off up the hill. My beloved was waiting at the top. I went for a coffee and a catch up with all the riders I know and haven’t seen for a while. An hour later, we all gathered for the speeches and prize-giving. These events are always well supported by the local politicians so after what seemed like a cast of thousands had enjoyed their 15 seconds of fame, the winners were announced. Because the cadets, minimes and juniors had ridden together, my teens had no idea where they’d finished. In fact we still don’t know how they fared other than they weren’t in the top three. My one teen was delighted to have beaten the lad who beat him in La Ronde and we think he must have finished fifth. The other, after a two month holiday, was further back.

This competition has further whetted their appetites and I’ve found them a couple more races at the end of the season plus a potential club for next year. If either of them ever turns professional, I hope they remember who first set them on the road……………………………I meanwhile am back on my bike and training for next year. It won’t be 25 minutes, it won’t even be the teen’s time of 38 minutes, but it’ll be better than this year’s best time.

5 Comments on “One from the vaults: You shall go to the ball”