One from the vaults: Reality, really? 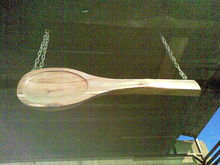 I wrote this back in November 2012 and frankly it still holds true.

I’m a sucker for reality tv shows. By that I don’t mean any of the cringe-inducing competitive “celebrity” shows full of people I’ve never heard of who are trying to revive flagging careers. No, I love cookery shows, one of the earliest forms of the genre.

I was weaned at my mother’s knee on Fanny Craddock and her long suffering husband Johnnie. Yes, I really am that old! I loved the way Fanny used to boss Johnny around, although I was less impressed with her cookery skills, I thought my mother was much better. The next show I recall was the Galloping Gourmet, Graham Kerr, who seemed to add cream, butter and wine to everything he cooked. No wonder his guests from the audience thought it tasted great. Why wouldn’t it? Naughtily, I often longed for someone to pull a face and say it tasted dreadful.

I should add that none of this prompted me to cook until I went to University and had to fend for myself. I was fortunate to share a flat with a number of girls who enjoyed cooking and this was where my interest germinated and flourished. Indeed I now like nothing better than spending hours pouring over my extensive  – seriously extensive – collection of cookery books before whipping up something new. Sometimes I’ll follow a recipe to the letter other times I’ll use it as inspiration.

Over the years I’ve become more discerning in my television viewing though with the advent of cable you can watch cookery programmes 24/7. I prefer those featuring great chefs such as Raymond Blanc or Michel Roux where inevitably I find myself learning some new technique or picking up a helpful hint or two. Their recipes I follow religiously. If they say whip something for 30 seconds over a bowl of iced water, that’s what I’ll do. Gratifyingly my attempts then more often resemble the photographs in their cookery tomes. 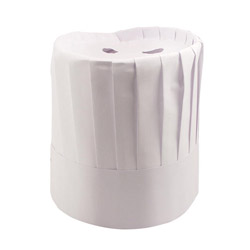 That said I also enjoy cookery shows where they demonstrate how easy it is to throw together a meal quickly and easily, providing you’ve done the planning and preparation beforehand. I tend generally to eschew any American cookery programmes  where calorific caution appears to be thrown to the wind and supersize is the order of the day. Also there seems to be a large number of programmes where the  – I hesitate to use the word chef – host doesn’t appear to be able to cook too well at all. Best avoided, I feel!

Equally, I really enjoy those programmes with a competitive element such as Master Chef or Professional Master Chef. While I’m often very impressed with the skills exhibited in the former, I find myself woefully underwhelmed by many in the latter. It’s no wonder they never say exactly where they work!

As a recent convert to baking I have also enjoyed the Great British Bake Off which I again watch in the interests of gleaning helpful titbits to improve my repertoire. I’m was fortunate that my English class of teenage boys were happy to act as guinea pigs for my baked goodies and, while they were not the most discerning group, it was easy to tell which were their favourites. That was when, despite however much I baked, I was left with just crumbs. I note with interest that the number of shows connected with baking also seem to be proliferating.

Of course, there’s versions of  MasterChef, and it’s professional equivalent, on French television. The shows are much longer, more intense and the contestants display a much greater knowledge and level of skills. It’s still pretty compelling viewing. No sign yet of a Great French Bake Off but I bet there’s one in the works.

21 Comments on “One from the vaults: Reality, really?”