The House where Karl lived

It’s only when you start looking into some of the area’s spectacular property-porn that you discover how many interesting people have spent time here.

The villa La Vigie is one of those glorious, neoclassical wedding-cake style properties built aside the Mediterranean Sea in Roquebrune-Cap-Martin (between Monaco and the Franco-Italian border). And, for a time (1982-2000), it was one of the many residences of the famous designer Karl Lagerfeld (1933-2019).

La Vigie was built in 1902 for Sir William Ingram of Illustrated London News. Rumour has it that Ingram had an array of rare animals and exotic birds roaming freely about the property.

In 1929, the Société des Bains de Mer de Monaco (SBM) of Prince Louis II of Monaco, acquired part of the estate on the Monaco-Monte-Carlo side to build the prestigious Monte-Carlo Beach Palace on what is now Princesse-Grace avenue.

Then came WWII and German occupation. In the early 40s, the Villa La Vigie became an observation post for German forces, who turned the villa’s gardens into trenches by covering them in barbed wire and minefields.

The remainder of the estate was acquired in 1952 by SBM which undertook major renovations to restore it to its former glory. SBM rented it to various occupants. Itwasn’t until the late 1980s that the villa welcomed its most illustrious resident. In 1988, Karl Lagerfeld, who at the time was busy making Chanel fashionable again. He reportedly told W Magazine in 1988:

It’s the safest place in the world. It’s impossible to get near the place. No public road passes by and you have to go through two gates to get inside. It doesn’t even have an address, so no one can write to me here.

The Villa La Vigie dominates the Mediterranean. It stands not on the utmost point of Cap-Martin, where the Riviera almost becomes an island, but hidden in the shrubs of Roquebrune, safely on the coast. It’s not as ostentatious as the Villa Ephrussi de Rothschild, and no where near as quirky as the Greek-inspired Villa Kerylos, La Vigie is one of the more discreet historic mansions of the French Riviera, steeped in history and luscious Mediterranean flora and offerring unparalleled views of the Mediterranean, the Principality and the bay of Roquebrune-Cap-Martin. 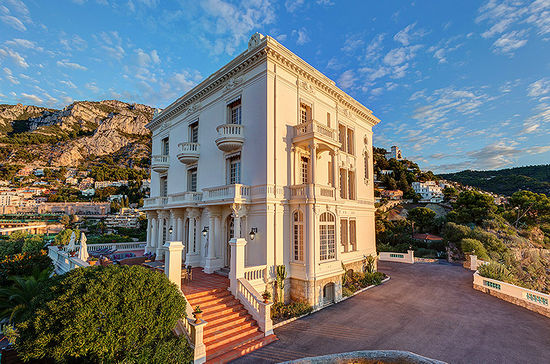 The 600 square metre (6,000 sq feet) three-storied villa boasts 6 bedrooms, 4 bathrooms, 2 dressing rooms, as well as a billiard room and a library. It is surrounded by Mediterranean gardens and has a huge terrace.

Ground floor
The monumental entrance hall, with its majestic staircase leading to the upper floors, sets the tone: space, light and luxury. The hall takes you straight to the central living room, which leads to the dining room and a large living room and opens onto a huge terrace. The ground floor also includes a billiards room/library, as well as a modern kitchen equipped with cutting-edge appliances.

First floor
Two large double rooms with their own bathrooms, a slightly smaller double room with shower, a private study and a dressing room.

Second floor
A double room and bathroom, two double rooms including a slightly smaller one sharing the same large bathroom, a private study and a dressing room.

For those with deep pockets, the Villa La Vigie can be rented on a weekly or monthly basis. 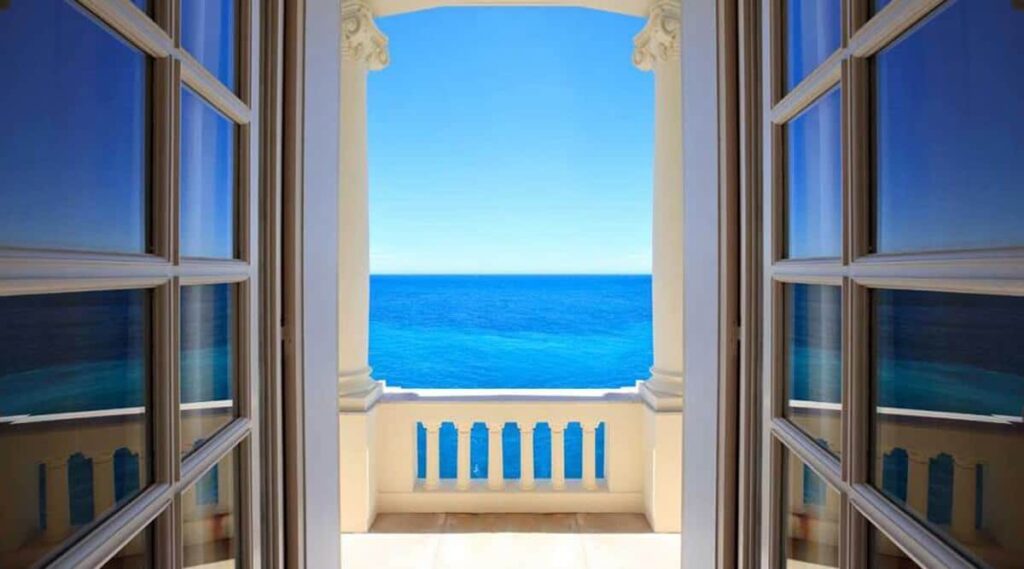 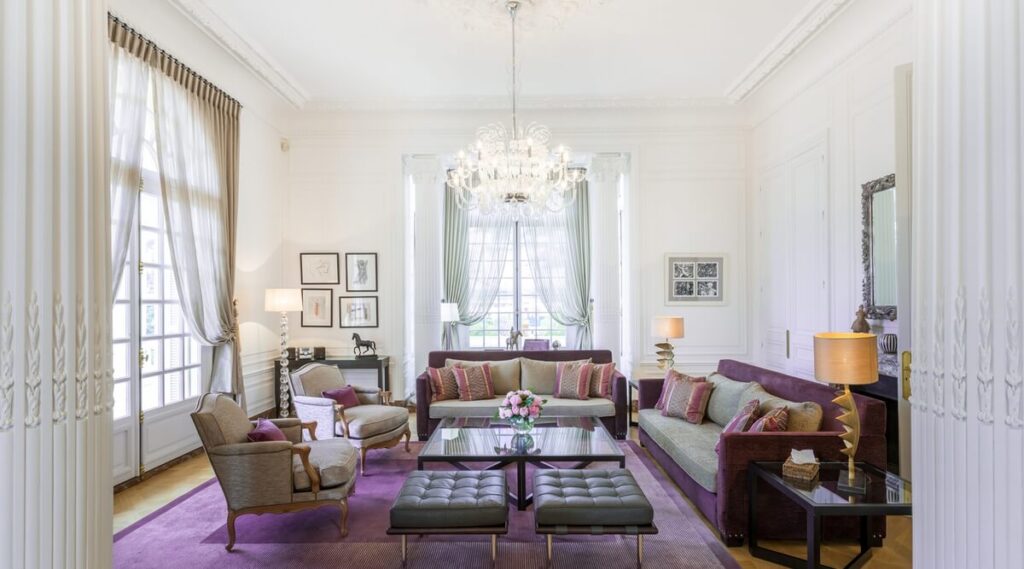 2021 marks the villa’s return into the spotlight thanks to the brand that made it famous in the first place – Chanel. The Chanel Spring Summer 2021 campaign was entirely shot in Monaco and at Villa la Vigie. The campaign stars philosophy graduate, equestrian, model, and all-round Monaco darling, Charlotte Casiraghi.

All other images: © Edge Retreats

21 Comments on “The House where Karl lived”