Staying with sculptures in museums, here’s one from the Musee Picasso in Paris which I adored. You’ll understand why. 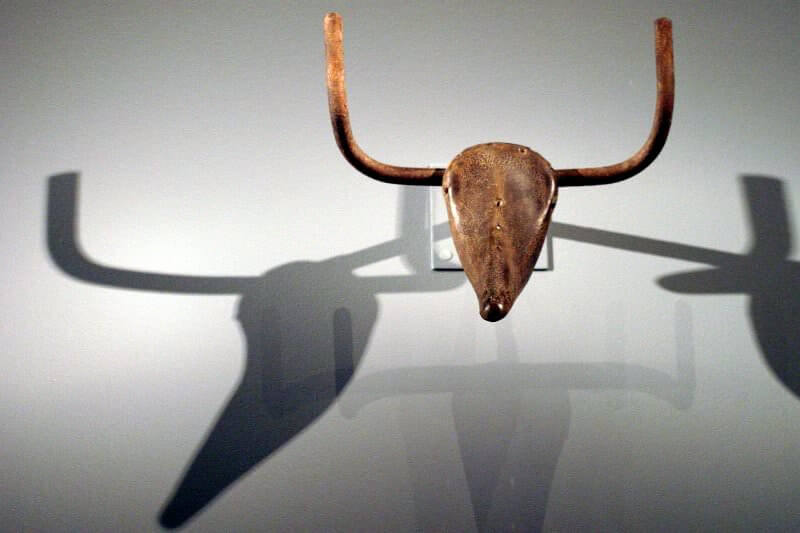 Bull’s Head is by Pablo Picasso, created in 1942 from the seat and handlebars of a bicycle. It is described as Picasso’s most famous discovery, a simple yet “astonishingly complete” metamorphosis.

In 1944, cataloged as Bicycle Seat, the sculpture was displayed at the Salon d’Automne in Paris together with another 78 works. Visitors were shocked by Picasso’s new works and a demonstration took place, during which Bicycle Seat was one of the pieces removed from the wall.

Guess how I made the bull’s head? One day, in a pile of objects all jumbled up together, I found an old bicycle seat right next to a rusty set of handlebars. In a flash, they joined together in my head. The idea of the Bull’s Head came to me before I had a chance to think. All I did was weld them together… [but] if you were only to see the bull’s head and not the bicycle seat and handlebars that form it, the sculpture would lose some of its impact.