Another long mid-week ride in the glorious sunshine prior to our latest lockdown meant I’m finally able to tell you all about Tanneron and the nearby Lac de Saint Cassien.

Tanneron is the most easterly village of the Pays de Fayence, just at the edge of the Alpes Maritimes. It clings to hills planted with mimosas, strawberries, floral crops, pines and chestnut trees.

The village was first mentioned as Castrum Tannaroni in 1200. This names derives from the root word ‘Tan’ meaning bark of oak or chestnut. It also connects with the pre-European root where “Tan” meant Berg or mountain. Like many of the villages in the Var, a pre-Roman settlement was also a key part of the history of this village.

The hill of the same name, comprises 22 hamlets and possesses the largest land mass in France planted with Mimosa,  nearly 300 hectares. From December to March, the surrounding hills are covered with bright flowers with an intoxicating scent. Usually, this is the best season to explore the village and participate in the traditional Mimosa Festival. 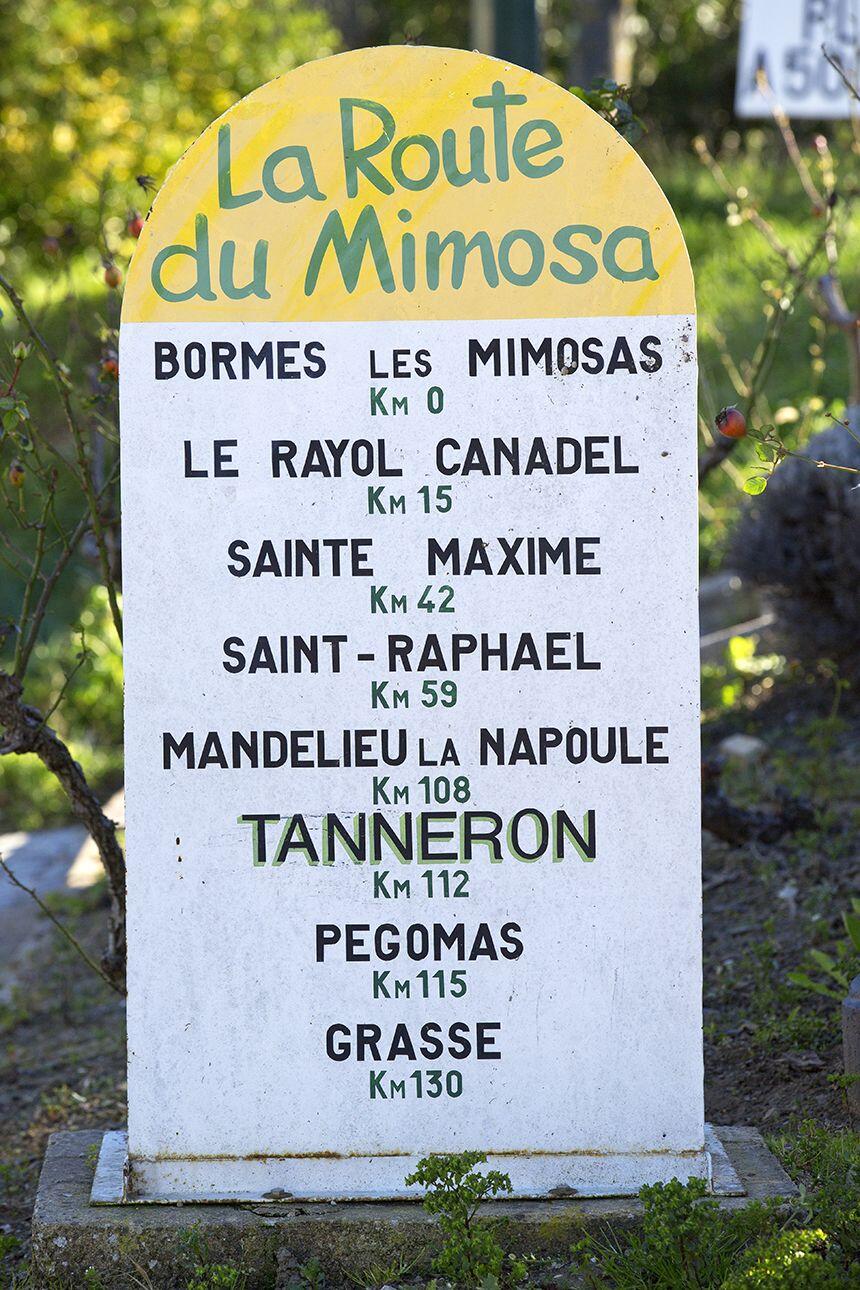 But it’s a lovely spot throughout the year, popular with hikers and cyclists, bordered in the south by the Riou river, on the west by Lac de Saint Cassien, in the north and the west by the Siagne river. On a clear day, the view from Tanneron extends from the Ligurian Coast to the Alpes de Haute Provence.

The hilltop village is small and easily explored with few places of interest although it is the attractions nearby that are the principal highlights of any visit. Among these is 19th century Church of Notre Dame de Peygros, built in the 1840’s as an enlargement of an existing medieval chapel after Tanneron was made a commune (it was previously part of Callian).

The village has a few basic facilities such as a bakers and a cafe, but otherwise very little in the way of tourist amenities. Alternatively, there is a walk from the village that goes to the scenic waterfall called the ‘cascade de la Siagne’.

A short distance west of the main village is the Lac de Saint Cassien, the largest lake in the area (420 hectacres) and about seven kilometres long. It’s a large man-made reservoir surrounded by natural bush. The lake makes a great alternative to the beach on a hot summer’s day. There are pedalos for hire and, unique to the area, an Aqua Park consisting of enormous inflatables and trampolines on the water.This is a very popular summer time destination with walks and water related activities such as boating and fishing, with a selection of cafes and picnic spots. In fact my first visit to the lake was for a cycle club picnic.

With its southern tip close to the motorway, only five minutes drive from Sortie 39 (signed to Les Adrets, then follow Fayence after the toll), Lac de Saint Cassien is easy to get to, but remains peaceful and wild in a natural setting. The lake is bordered almost completely by forested hills, and the shoreline is undeveloped, with only hiking trails to access many of the isolated coves. Power boats and jet skis are not allowed adding to the location’s tranquillity. Picnic spots and ample parking can mainly be found along the D37 road from the motorway exit towards Fayence.

Built in 1966 and initially intended for the production of hydro-electric power, the lake has become a coveted but still fragile recreational area. Nature lovers, as well as water sports enthusiasts, are well catered for as the western part of the lake is given over to a nature reserve, la Réserve de Fondurane. Ancient forests, around 180 species of bird, and Roman remains can all be found here. There’s something for everyone!