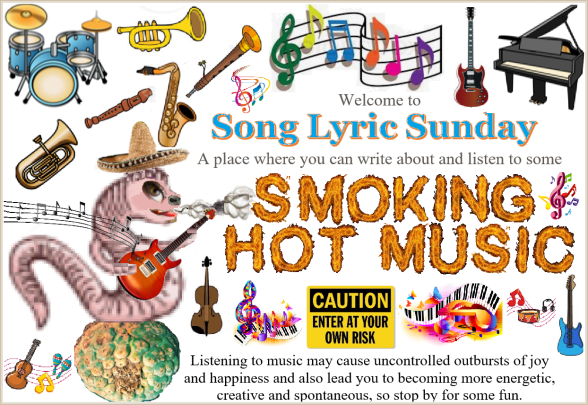 What do I have in my archives in response to Jim Adams’ prompt for this week’s Song Lyric Sunday Challenge which is Endless/Eternity/ Everlasting/Forever/Infinity/Omega. On reflection I have lots, particularly including the terms Endless/Eternity/Everlasting, but I’ve gone for Anniversary by The Cure.

The Cure are an English rock band that got together in Crawley, West Sussex, in 1978. The composition of the band has changed several times, though lead guitarist, lead vocalist and songwriter Robert Smith has been them throughout. The band’s debut album along with several early singles, placed the band in the post-punk and new wave movements that had sprung up in the UK. However their second album in 1980 showcased a new, increasingly dark and tormented style, which, together with Smith’s distinctive stage look, had a strong influence on the emerging genre of gothic rock as well as the subculture that eventually formed around the genre.

Following the release of their fourth album in 1982, with the band’s future was uncertain, Smith was keen to move past the gloomy reputation his band had acquired, introducing a greater pop sensibility into the band’s music.Subsequent releases helped the band gain greater commercial acclaim. To date the band has released 13 studio albums, two EPs and over 30 singles to date. The Cure were inducted into the Rock and Roll Hall of Fame in 2019.

Anniversary is the fifth track on its The Cure (12th) album released in 2004 on Geffen Records which achieved a top ten debut on both sides of the Atlantic. To promote the album, the band headlined the Coachella Valley Music and Arts Festival. The same year the band was honoured with an MTV Icon award.