You might recall that we attended a wedding in June 2019 in Villany, Hungary where we took a wander around the nearby sculpture park of Nagyharsány which is a former quarry pit.

The park is full of non-figurative sculptures and is quite a spectacle. Work began on the park back in 1967 by a group of sculptors whose experimentalism didn’t meet public or civic expectations of what constituted a sculpture.

This initiative gained support locally and Gyimóthy Villa, situated close to the quarry, was renovated and made available to the artists, and in 1968, the Baranya Artists’ Community was officially established.

The number of art works created in the Statue Park enjoyed continuous growth until finally in 1970 the works became internationally known. As a general rule the sculpture is designed by one person, the environment by another, and the implementation by yet another person.

The early 1990s saw Hungary initiate the removal of old Communist-style statues, replacing them with more works by local artists. Other countries followed suit. Participants in the 1st Sculptors Symposium of Three Countries – an Austrian–Hungarian–Slovakian symposium – placed groups of statues at the meeting points of the three respective countries.

At the same time, the Masters School of Fine Arts was founded for graduate artists for the further development of their skills in ceramics, sculpture, stone sculpture, painting and metal sculpture. Subsequently, the school has been integrated into the educational system at the University of Pécs.As part of the programme, young sculptors work in the statue park, practically living “together” with their mentors for three years.

The Nagyharsány Sculpture Park was the first place in Hungary where sculptors were given the opportunity for free experimentation. Approximately two hundred artists have worked here since the foundation of the Statue Park including Gyula Bocz,  János Orosz, István Bencsik,  Sándor Kígyós and Gyula Gulyás. There are now 136 imposing stone sculptures in the park some of which are from foreign artists such as Mathias Hietz and Colin Foster. I’ll focus in on some of these in the coming weeks.

Most of the sculptures are made of the local grey limestone quarried in Nagyharsány and Beremend. 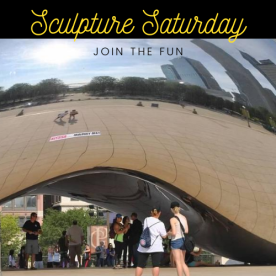