One from the vaults: A twosome no more 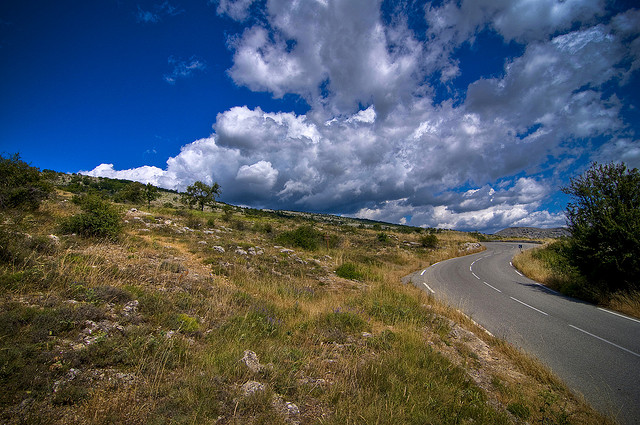 This week we’re heading back to May 2009, a month that;s typically full of local cycling sportives, though not for the past two years. It’s a time when I cast off my 3/4 bib shorts and wear a short-sleeved jersey, sometimes with a wind-proof vest.

Last year, my debut, I rode the 100km La Louis Caput sportive all on my lonesome, ownsome until I joined up with the 150km tail-end Charlies at the feed zone. This was partly my own fault as I had deliberately started right at the back, then stopped for a comfort break (and a hot chocolate), before heading off up the infamous Col de Vence.

This year, it was a good 10km into the ride before the main peloton disappeared from view (progress?) and I was left in the company of six chaps: 3 twosomes. One of whom sucked my wheel all the way to the foot of the Col de Vence. That’s a first. Thereafter, a pattern was established. One by one they would overtake me on the uphill slope and I would swoop past them going downhill.

We all met up again at the half-way point feed zone and exchanged a few words of encouragement.  It’s at this point that our paths crossed with those doing the 150km course. This year, I was pleased to note that the better riders were still passing through. One of the twosomes set off first and I tucked in behind a larger group, hoping to get some shelter from the cold headwind we’d faced for most of the ride, but they left me trailing in their wake. C’est la vie!

My blood chilled as an emergency vehicle sped past me, lights flashing. Had someone had an accident? I was on a fairly benign stretch of road heading towards the final descent to the finish. As I reached the crossroads with 40km to go I met one of the motor bike outriders who told me the emergency services were dealing with a cyclist who had suffered a fatal cardiac arrest and the road was now closed.

As there was nothing I could do to assist, I rode off along the diverted route. To be honest I don’t really remember much about those final kms. I kept thinking about the dead chap’s wife, sitting at home waiting for her husband to come back from his latest sportif and bore her silly with tales of his derring do. Now, he was never going to do that again.

It turned out that I had ridden with the deceased, he’d been part of one of my twosomes.

12 Comments on “One from the vaults: A twosome no more”