While my beloved has plenty of pairs of Vilebrequin swim shorts, I just have two swimsuits. Classic black and an emerald green both from French company Eres which started with swimwear and has since expanded into lingerie, casual and active wear.  All of its products are highly covetable. Their pieces are simple. They fit. They come in great colours. There’s nothing complicated about them—no weird straps or hard to figure out bodices. 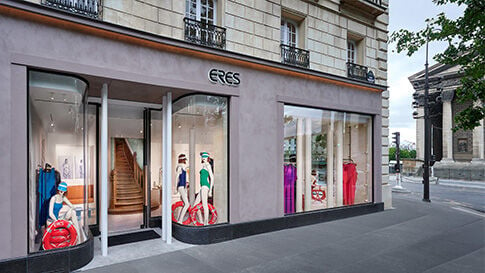 Eres was the name of a boutique in Place de la Madeleine that sold bathing suits and other garments in the Twenties in Paris. Irène Leroux’s family acquired the shop in the Fifties. When Leroux’s father died in 1968, she took over the business and decided to focus on retailing her own line rather than carrying others. She opened her doors in May of that year, but had to close the next day because of student riots. That dramatic debut seems fitting for a brand that has been credited with changing the concept of modern swimwear. 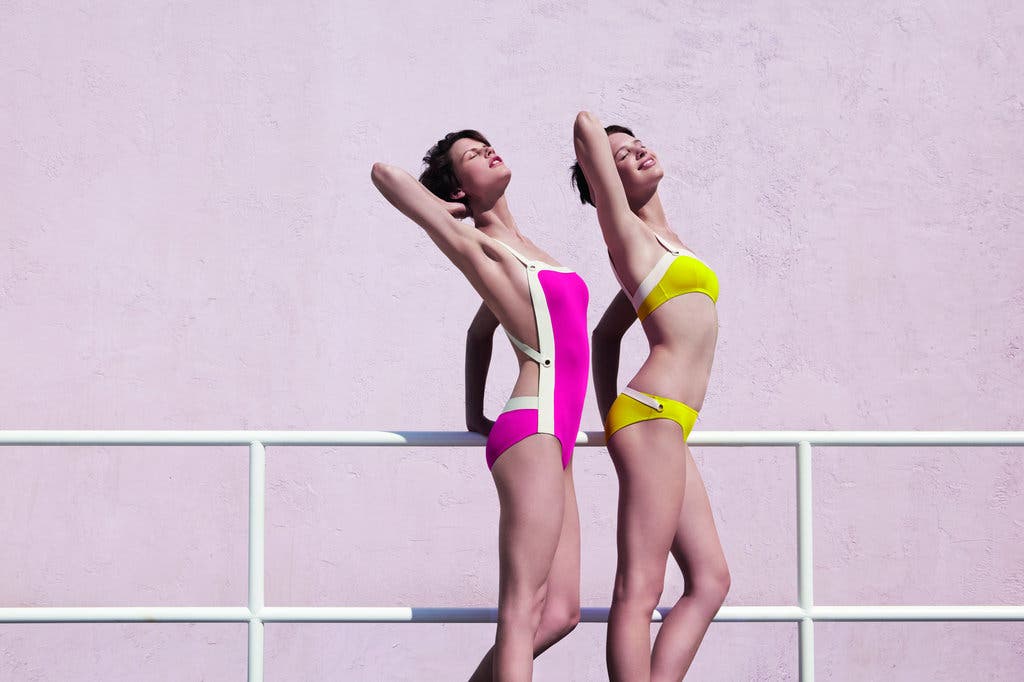 Eres was the first brand to sell swimwear all year round. In the 1970s, Eres also became famous for its radical interpretations of bathing suits — including the creation of two-piece swimsuits with different-sized tops and bottoms to reflect more realistically the female shape. It also eliminated armature like underwires and padding from suit designs.

Since those early days Eres has built a reputation on creating elegant swimwear with streamlined silhouettes that mold to the body. One fashion critic explaining the sophisticated appeal of the brand said:

Eres makes the best little black swimsuits in the world. They are the Coco Chanel of swimsuits.

Eres’ predominantly female swimwear designers, working in a light-filled atelier on the top floor of the brand’s headquarters on Boulevard Voltaire, in the 11th Arrondissement, look to create visual impact through unexpected colour choices, working with colours that are not necessarily easy to wear on the beach. Generally,  something that is always out of the ordinary. They claim:

You really have to have a deep understanding of the female body. You need to try things on, and it is only by trying things on that you discover what works and what doesn’t. There is a female sensibility to it. A man is going to be more focused on the fantasy and his own projections of a woman, whereas a woman will focus on the realities of a woman’s daily life.

To the design team this means creating bathing suits that respect the natural curves of the body and enhance them through the use of state-of-the-art fabrics and cutting-edge design techniques, which include the injecting of silicon into layers of fabric to create a padded effect — as in a raised bow motif or a spongy spring to straps — and laser cutting to create precise forms.

The two exclusive materials that act as the base for the brand’s swimwear line are called Peau Douce and Parachute. The exact make-up of these materials, which mix polyamid and spandex, is a company secret. But the results they achieve have proved popular: The dense weave of the Peau Douce claims to sculpt and support the body, while the more relaxed Parachute fabric is prepped to whip away water so that a suit dries fast. 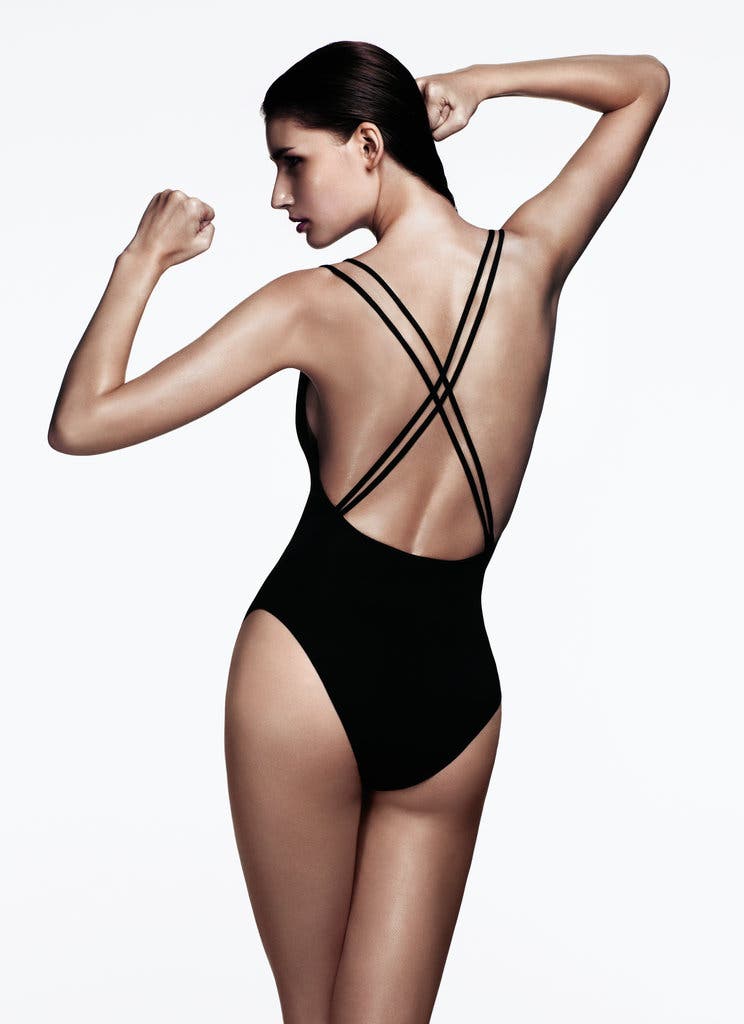 In 1996, Eres was bought by Chanel, broadening the brand’s reach and distribution capabilities, and in 1998 the swimwear company entered the lingerie and shapewear market. Once again Eres set its sights on building collections that focused on fabric technology and ergonomic design.

Initially, Irène Leroux retained the artistic direction of the brand before stepping down in 2007 to be replaced by Valérie Delafossen, a former stylist for Princesse tam.tam and many other brands. In 2013, Marie-Paule Minchelli (studio director at Eres since 2008) and Yasmine Eslami replaced Delafosse as joint artistic directors, with the former assuming sole responsibility in 2018.

What you’re paying for

On average, a new Eres swimwear collection takes two years. The brand tests each bathing suit in a number of different conditions, from sand and sun to washing machines and chlorine, and most of the Eres staff will “test-drive” prototypes to see how the suits work on different body shapes and how they hold up under everyday conditions.

Once the fabrics have been selected and the validated designs have been translated into patterns that are cut out in fabric and mounted, each prototype is perfected by the team in preparation for the production stage.

The pieces are graded from 38 to 48 in European sizes. All retouches are made on models, using mirrors to see the pieces from all angles, and each size is tested on a range of morphologies. Adjustments to the patterns — such as the tweaking of a décolleté or a neck strap — are made using computer software for precision. All validated fabrics are put through a series of tests in a lab in the site’s basement before being green-lighted for production.

Downstairs in their Paris-based design studio, Eres has the “destroy lab” where each style is tested with the harshest conditions: light, sand, and water, to see what the suit can withstand and how it will wear over time. All of the hardware (anything “extra” that’s put on the suit) is also tested with heat for the same purpose.

For each palette, the team will have tested numerous nuances of each shade; the colour has to be spot-on. the team also factors in things like how a colour will sit on different shades of skin, or the sun at the different times of year, because it also has winter collections. Minchelli, who experiments with the cuts and materials to shape the pieces on the body, explained:

A colour will change under the sun or in water. Eres is all about the architecture of the body, colour and freedeom of movement. 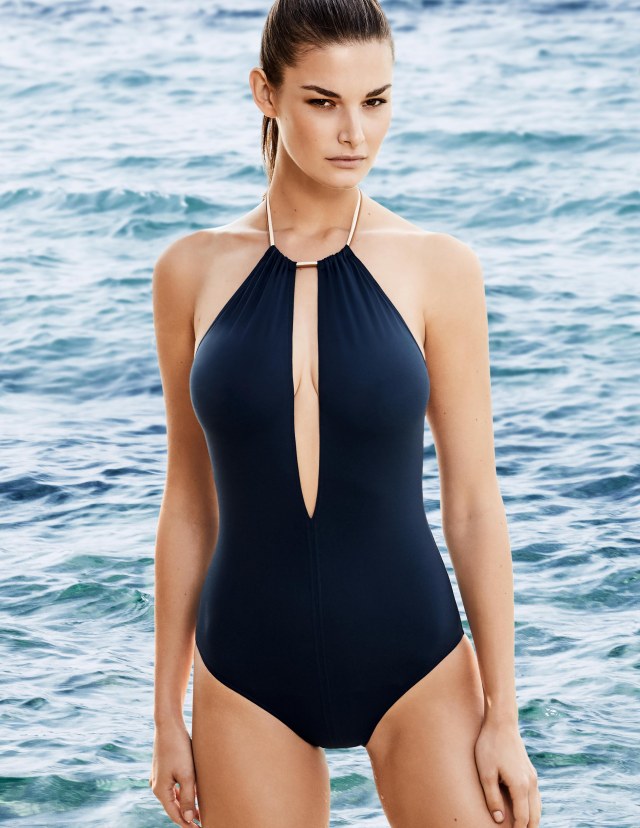 Another machine that simulates body heat tests the fabric for bleeding when subjected to water, sweat, chlorinated water and seawater.

The fabric is also stretched using a membrane that pushes up like a thumb to create a dome shape that distends the warp and the weave, to test how quickly it regains its shape.The models are then assembled, with the seamstresses carrying out a variety of operations on different machines throughout the day. Eres’ signatures include flat-felled seams, and the curved bust darts that feature on the cups, a dexterous manual operation.

The final stage is referred to as “épluchage,” which means “peeling” in English. There, the finished garments are sent to a station where workers manually inspect and clean up the pieces, removing stray threads or trimming any parts that overlap using scissors and blades. The measurements are also checked to make sure the piece corresponds with the size marked on the label.

Perfection doesn’t come cheap but if you look at the price in terms of cost per wear, it’s wholly justifiable. At least, that’s what I told myself.

All images courtesy of Eres