Trip to Alassio: Part I

After his heroic efforts cycling in –  or should that be up and down –  Piedmont, my beloved felt in need of a few days of restorative farniente. There was only one place to go. Just over the hour from home, Alassio is a town in the province of Savona situated on the western Ligurian coast that I first visited with my parents back in the 60s. 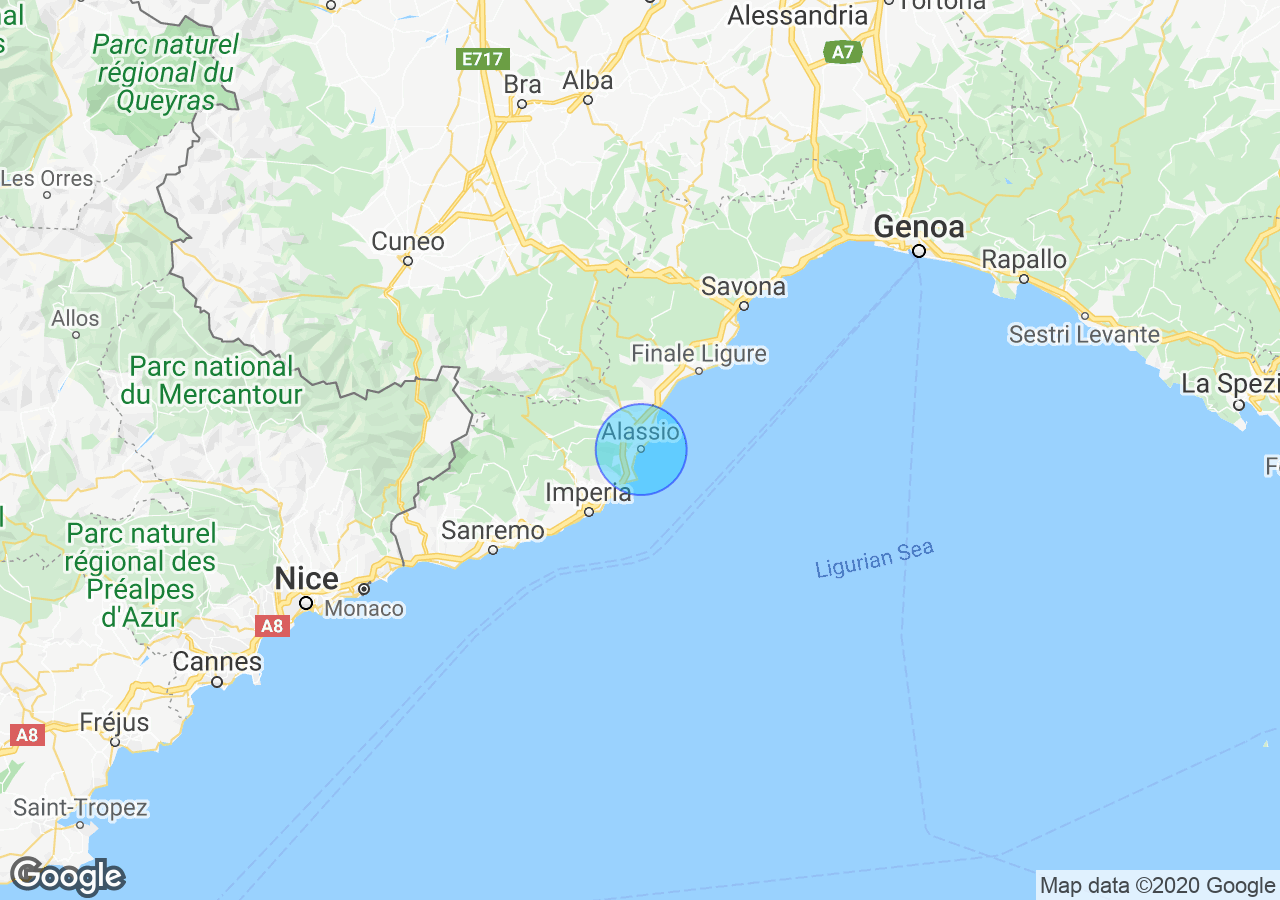 We’ve been visiting for many years and, despite being so close to home, it has an entirely different feel. Known for its natural and scenic views, its old town is bisected by a pedestrianised cobbled road known as the Budello. (Most of the doors from this road have featured at one time or another on “Thursday Doors.”) The town has sandy beaches, blue sea and plenty of seaside bars and restaurants. Alassio has also a pier known as “Molo di Alassio” or “Pontile Bestoso” which offers splendid views of the town and surrounding countryside.

Reading through my other posts on the town, I realised I’d never delved back into its history. Time to remedy that oversight.

The earliest inhabitants of Alassio’s territory were the Inguani tribe,  most probably refugees from nearby Albenga who had escaped after the victory of the Roman legions. Although there is no evidence of the existence of a human settlement at the time of Roman rule, it’s probably safe to assume that while traversing the via Julia Augusta, the Romans may have decamped in this delightful spot.

During the first millennium after Christ, families living in small hamlets scattered on the surrounding hills, quite probably settled along the shores and founded Burgum Alaxi, near the beach in the area between the pier and Beniscelli square. At that time most of the town’s territory was owned by the powerful Benedectine monastery on tortoise shaped Gallinara Island.

In 1303 the monks resigned most of their possessions to the nearby community of Albenga but this is no way stopped the little village of Alassio from growing constantly in the following centuries both demographically and economically.

The economy at the time revolved naturally around the sea and was home to numerous professional sailors, such as Luca Ferrari, an admiral in the service of Emperor Carlo V,  who led an expedition to the Americas.

The particular Ligurian atmosphere of those times can still be felt today in the historical centre of Alassio, along the Budello, the long lane running parallel to the sea that winds between 16th and 17th century crucifixes, testimony to a period of prosperity in which vessels of every kind were moored in its well-protected bay and all types of goods and merchandise, such as cheese, oil, wine, grain and woven cloth materials, were stored in the numerous warehouses in the lanes and alleyways that led to the sea. 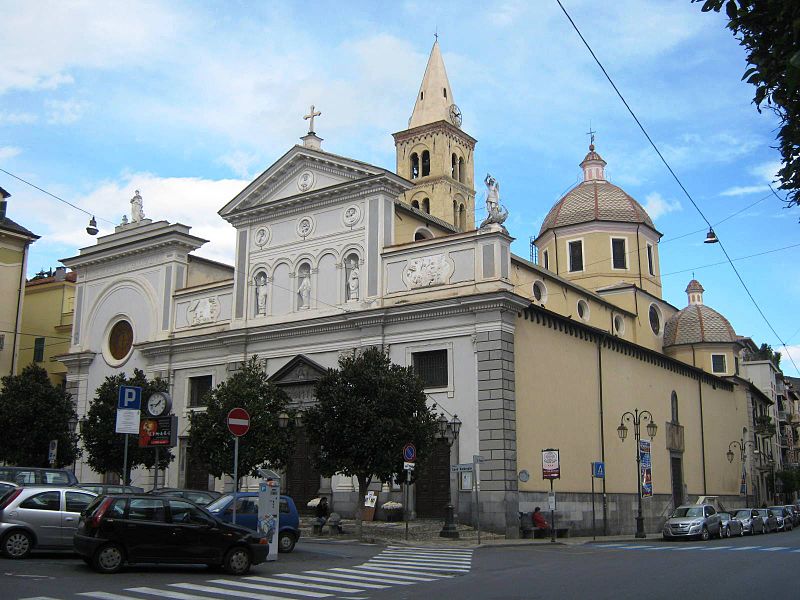 In 15th century, the town built the parish church of Sant’Ambrogio, in the square of the same name, most recently the subject of a very accurate restoration to celebrate its 500 years’ anniversary. The church was built on the site of a much older, 10th century one. The portal in black stone, dated 1507 and 12th century bell tower are masterpieces of local architecture.

Towards the end of 19th century tourism discovered Alassio largely thanks to the railway and the large English colony led by the Hanburys who greatly contributed to its development with the creation of gardens on the hills and the construction of some typically English buildings.

A Town of Sweet Hearts

Alassio has always been known as the sweetheart’s town because of an ancient legend. Allegedly, a few centuries before the year 1000, Adelasia, daughter of Otto I,, emperor of the holy Roman Empire, fell in love with Aleramo a young cup-bearer at court. Her father wasn’t keen on the relationship so the sweet-hearts eloped and, once married, went to live on the sloped of mount Tirasso. Their poor lives as charcoal burners ended, when the emperor came to Italy to fight against the Arab invaders, and Aleramo fought valiantly in the Imperial Army.

The bishop of Albenga pleaded to for forgiveness for the couple and finally Aleramo was made Marquis of Acqui, Monferrato and Savona by the king. The town where Adelasia and Aleramo was named Alaxia in honour of their daughter, from which sprang the modern name Alassio.

In October 2007 Alassio, famous world wide for its “Muretto” was the only Italian town to become the official registered “Sweetheart’s Town”. There are already many works of art that remind us that Alassio is indeed the “Sweetheart’s town”. The famous painting “Les Amourex” by Raymond Peynet, and the bronze statue “Innamorati” by Pellini on the “Muretto”, Mastroianni’s steel “storks” and the post box that every 14th February welcomes love letters and poems from all over Europe.

Alassio celebrates Saint Valentine’s Day with the best love letter competition, conceived by the “Father of the Muretto” (more of this tomorrow in Part II) the painter Mario Berrino 33 years ago. At the time the young people used to meet at the famous “Caffè Roma” opposite the Muretto and they fell in love. To collect all the messages and notes left there, the love-letter competition post box was set up in homage of all those who used pen and paper to express their love. Each year on 14th February the best 20 letters are assessed by an eminent jury.

25 Comments on “Trip to Alassio: Part I”