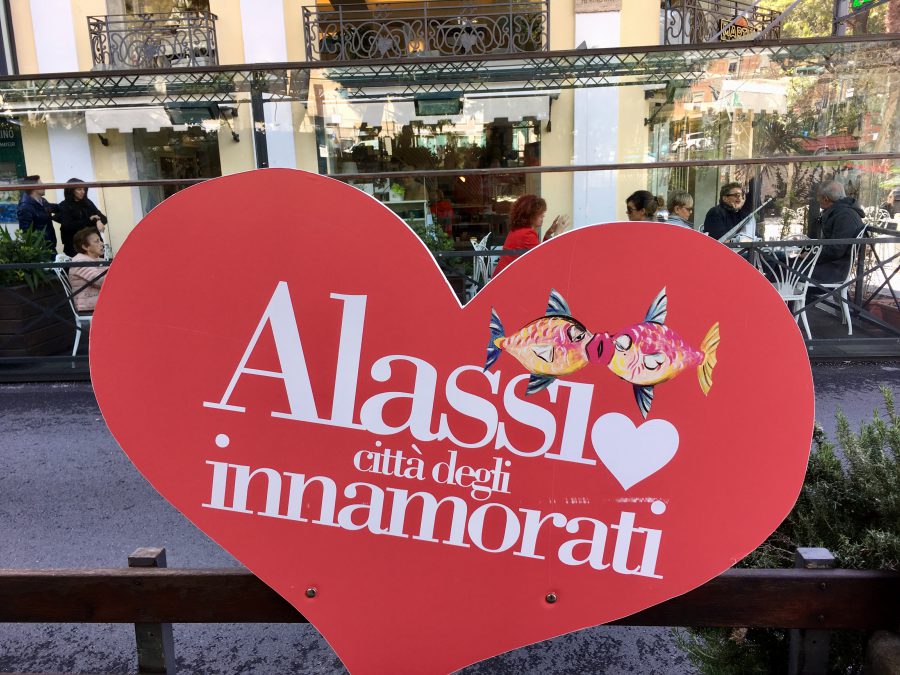 A bit like the Romans many centuries before, the British in 19th century colonised both the French and Italian Rivieras. I’ve already written about their influence on the Cote d’Azur, here’s what happened across the border in Italy.

The history of the English in Alassio is almost a fairy tale. A fairy tale about the arrival of tourism and with it, the wealth and elegance of a humble fishing village, isolated by hills and the sea. The end of this isolation was signalled by the construction of the coastal railway which in 1872 connected London to Genoa. 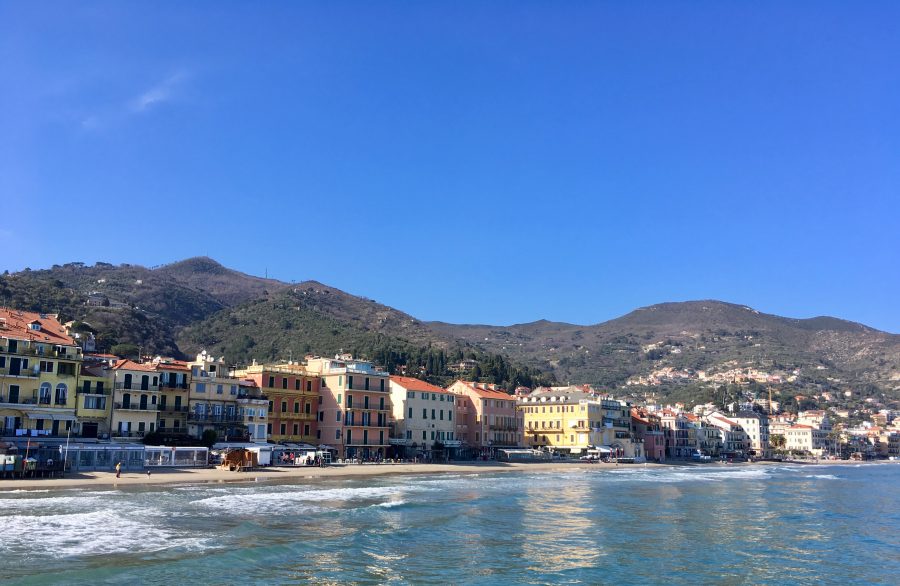 English “conqueror” Sir Thomas Hanbury was among the very first people to buy Alassino land. The railway meant that people could get to Baia del Sole comfortably and without the dangers posed by coastal roads full of holes without the benefit of tarmac, and which were narrow with a sheer drop down to the sea.

Gradually, the lowly populated barren and inhospitable lands of the Italian Riviera became a popular destination for the British nobility. It was a real clash of different cultures, customs and religions. But it was a peaceful encounter of reciprocal enrichment.The English improved their knowledge of the territory and the Alassini helped to transform their city into a welcoming and hospitable seaside town.
This coastal area is rich in rare natural beauty and has a fantastic climate. It captured the interest of the rich, cultured and sophisticated English tourists, who very soon became Anglo-Alassino citizens.

Personal herbariums (documentation of flora) and entire watercolour galleries were constructed, and studies were written about the habits and customs of the Alassini. There was constant entertainment including boat rides, walks in the hills, tennis, bridge, Casinos, theatre, charity fishing events, shopping, and meeting up in the cafès or British Club.

Alassio News was the most read fortnightly newspaper until WWI broke out, hence there was an abundance of jobs and entertainment geared towards the social life of the early English settlers. The town’s first Anglican reverend, Rev. John Hayes, who was also the first English chaplain in Alassio, put up a large bookcase outside the door of the Church room so that the English could leave any books there they didn’t want to take back with them to Great Britain. Today the Memorial Gallery Richard West holds one of the largest English book collections in Italy, after the one in Florence, with about 15,000 books.

When the English returned after the end of WW1, the first cars started to appear. Some English started taking “invigorating swims in the sea”. From here tourism as we know it today was born. The sheep and hens, which used to roam freely on the beaches close to the fishing boats, were replaced by hoards of bathers and playing children, along with the first beach huts and sailing boats which the English would set off in to Gallinara island. Large hotels began to be built such as the Méditerranée, the Grand Hotel and the Hotel Suisse based on the “palaces” of the French Riviera.

In 1923 Daniel Hanbury founded the “Hanbury Tennis Club” with a historic Club House, opened by the great tennis player Henry Lacoste. The local Anglican church also played a part in this lifestyle, which English followers of different religions, such as Protestants, Quakers and Presbyterians, all patronised.

Villas, such as Villa della Pergola, numerous in number and extremely beautiful thanks to their eclectic style copied from the villas of the English aristocracy around Florence, provided many treasures for the Alassini for decades, especially in the form of works of art. 1936 signalled the beginning of the decline of the English presence in Alassio. The sanctions imposed on Italy by the English government, which was against the war in Ethiopia started by Mussolini, broke the initial good relations between the Anglo-Alassini and the fascists. After the war some people did come back, but in 1948 the son of the founding father of the “English colony” in Alassio died.

When one door closes another opens. The town’s vocation as a tourist destination didn’t end with the English. It was resuscitated after WW11  – the so-called “dolce vita” era.

In the early 1950s Alassio was a capital of the international highlife: with big names linked to cinema and culture, shows and events at every hour of the day – what a place. The main reason for all of this was the Berrino family’s Caffè Roma. It was a meeting point for the jet set on holiday in Alassio or on the Riviera, with dream cars, divas and artists passing by every day.

In 1953 after an encounter with Ernest Hemingway – that man appears to have drunk in every bar on the Med –  an idea took shape. Mario Berrino loved showing his customers his album of autographs of the famous people who had come into his bar. As the years passed the pages filled up with dedications and autographs, it was a shame to keep them hidden away. That’s why when Hemingway was signing his album, Berrino told him about his idea. He wanted to put the signatures onto coloured ceramic tiles and decorate the wall with them. The writer exclaimed:

Okay Mario, you have to do it.

He started work as soon as possible to avoid any bureaucratic obstacles. Very early one morning Mario and a group of helpers secretly put up the first few tiles: Hemingway, Quartetto Cetra and Cosimo di Ceglie. The next day nobody complained, and in the following days more tiles were added. The Mayor Torre and everybody else in the city obviously thought that something genius was under way and that it was better just to turn a blind eye. So that’s how it all started. Today the wall has over 600 tiles.

The wall forms an imposing monument to art, culture and fashion as a huge album of autographs over the years has been enriched by many names – too many to mention – though I’ve spotted  those of Gino Bartali, Max Biaggi, Alfredo Binda, Loris Capirossi, Jean Cocteau, Fausto Coppi, Corrado, Thor Heyerdhal, Adriano Panatta, Valentino Rossi, e tanti, tanti altri…………….

If you were to ask Mario Berrino who was the most fascinating woman to have walked into the Caffè Roma, only after having thought about if for a while, going through all the many beautiful women who go to his bar, will he say one name: Farah Dibah, who, at the height of her splendour, visited the Muretto with Nico de Nora. It’s therefore quite logical that the name Muretto became linked to one of the most famous beauty contests, Miss Muretto, conceived by Lucio Flauto in 1953 and still going strong.