Why are there protests in France?

Protests against (mostly) the French health passport have now reached their fifth week – but who are the protesters, what do they want and do the majority of French people support them?

Last Last Saturday again saw hundreds of thousands of people take to the streets in France to protest against the health passport – which is now required to access bars, cafés, museums, sports centres, tourist sites and undertake long-distance travel.

Turnout for protests on Saturday was estimated by the Interior Ministry at 215,000 across the whole country, of which 14,000 were in Paris. This is slightly down on the previous week’s figure of 237,000 (with 17,000 in Paris) – until then turnout had seen a steady week-on-week increase.

Protests and demonstrations in France always have official turnout estimates from the Interior Ministry and from the organisers, and those figures tend to be wildly different – quelle surprise!

These turnout figures are lower than some recent big protests – 800,000 turnout for protests against pension reform, 300,000 weekly turnout in the early days of the gilets jaunes (yellow vests). However large scale protests in August – when many are on holiday – are a rarity.

Although generally described as ‘anti-health passport’ demos, the protesters themselves have revealed a diverse range of concerns, from the introduction of the health passport itself to the vaccination programme in general, the compulsory vaccination of healthcare workers, the vaccine programme for children and a more general opposition to president Emmanuel Macron. 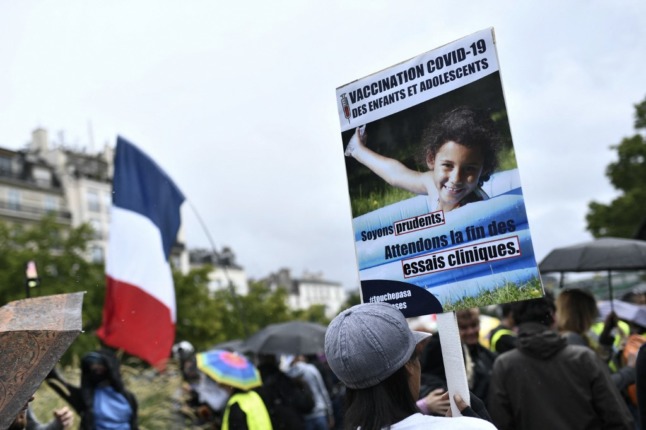 Paris alone saw three organised demos last Saturday – one described as a ‘yellow vests’ demonstration, one organised by right wing politician Florian Philippot and one billed simply as being an anti-health pass demo.

Media interviews with demonstrators have also revealed a range of views – from people who are pro-vaccine but worry about the civil liberties aspect of the health passport to committed anti-vaxxers. 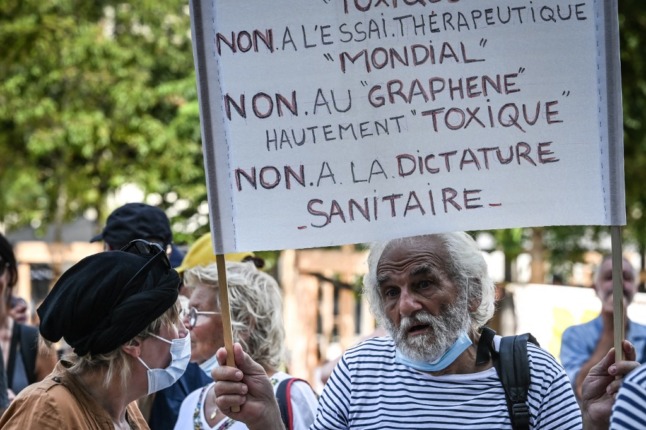 A persistent thread among a small minority of the protesters has been anti-Semitism. Paris prosecutors have opened an enquiry into “public incitement to hatred or violence against a person or a group of people because of their origin or their membership or non-membership of a particular ethnic group, nation, race or religion” relating to signs seen on Saturday’s protest, while a teacher will go on trial over a sign that she carried at a demo in Metz.

A frequently-seen sign on demonstrations, which has drawn condemnation from groups, including the Auschwitz Foundation, is people wearing yellow stars saying ‘unvaccinated’ – intended to liken themselves to Jews forced to wear yellow stars during the Nazi occupation of France.

As well as people who actually turn up to demonstrations, successful protest movements also need the support of a broad range of public opinion. According to an Ifop poll conducted on 11th and 12th August for the Journal du Dimanche newspaper, 50% of French people are now ‘hostile’ to the protests, an increase of three percent on a previous similar poll.

Other polls suggest similar figures, with around 30% of people saying they support the movement or understand their concerns (compared to 70% support for the ‘yellow vests’ at the start of their protests).

Banners and chants on the protests also reveal a lot of personal hatred for Macron, suggesting that at least some of the demonstrators are those who are deeply hostile to any of the president’s policies. 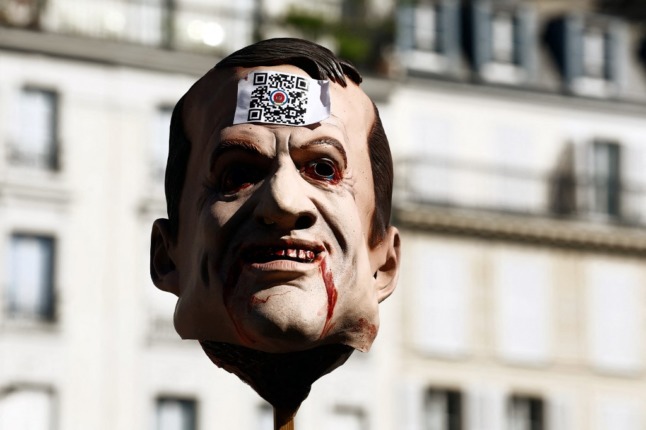 The French government has always been explicit that the main the purpose of the health passport is to push people into being vaccinated by making daily life inconvenient for the unvaccinated. The health passport can be used by the unvaccinated, but requires either proof of recent recovery from Covid or a negative test result taken within 72 hours – and from October these ‘convenience tests’ will cease to be free.

The policy had an immediate effect on vaccination rates, with bookings for appointments on the medical app Doctolib spiking before Macron even finished his speech announcing the policy.

All images courtesy of AFP

42 Comments on “Why are there protests in France?”