Some of France’s most beautiful villages

Let’s indulge in a spot of virtual travel around the most visited country in the world. At least it was before you know what!

Every year, the TV channel France 3 runs a competition to find the best-loved villages in France by region. It’s one of the most popular events of the TV calendar, attracting around two million viewers, and it’s also a great way to discover some more off-the-beaten track places to visit in France. So here are this year’s finalists. 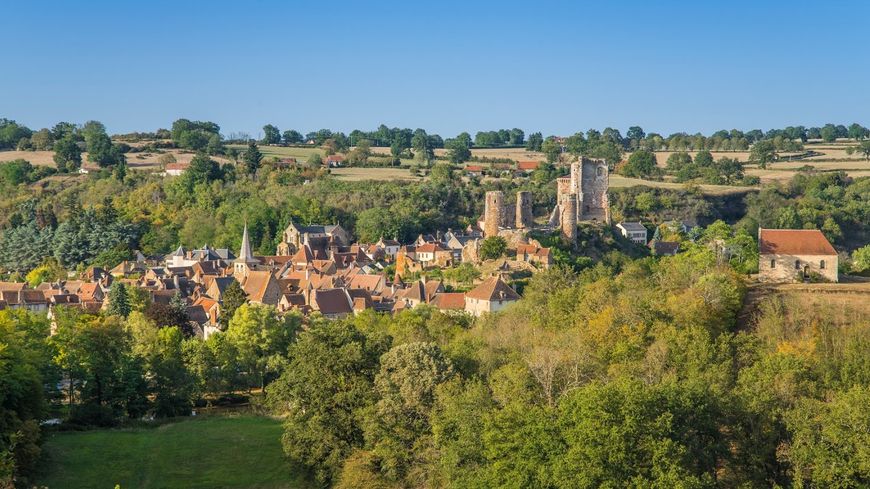 While its name means hedgehog, locals happily welcome those who come to see the many historic treasures of this village, from the remains of its 10th century castle overlooking the village to its Roman remains and village houses dating from 13th century.The village is situated deep in the Auvergne-Rhône-Alpes region in eastern France, which is less well known for tourists but well worth a visit to explore its stunning scenery and many excellent cheeses.

This medieval village is generally agreed to be one of France’s prettiest, with its limestone houses huddling beneath a 12th century castle. Situated in Burgundy wine country, it’s also close to the beautiful Morvan natural park.

This tiny island off the Quiberon peninsula in Brittany is just 4km in length and has only 230 inhabitants. There are no cars on the island, all the better to enjoy the peace, long sandy beaches and wildlife. The island was classified as a Natura 200 zone due to its unspoiled wilderness. Nearby is the slightly larger island of Belle-Île-en-Mer if you fancy an island-hopping trip.

This is the heart of wine country and Sancerre is best known for the white wine of the same name. Surrounded by 3,000 hectares of vineyards, the village itself perches on a hilltop around the remains of a medieval castle. There is also the House of Sancerre visitor centre which tells you more about how the wines are made, and a local goat’s cheese that goes particularly well with a glass of wine.

Maybe it was the wine-cheese combination, but Sancerre was the winner of the public vote and is now officially France’s favourite village (until next year, when the competition starts all over again).

This former fishing port in the north of the island of Corsica shows much of the influence of the Genose who ruled the island before it became French territory in 1768, in particular the large coastal citadel. It also has beautiful beaches.

This village, right on the Belgian border, is arranged in a highly unusual star shape around its 17th century fortress – the only village apart from Palmanova in Italy to have such well-preserved star-shaped fortifications and layout. It is in the beautiful Ardennes national park and close to Belgium so combines well with a trip over the border to sample beer and chocolate.

This 21km island lies off the coast of the French overseas territory of Gaudeloupe and has the white sandy beaches and coral reefs common to that part of the world. The island is also criss-crossed with hiking trails which are the best way to see its lush vegetation and diverse fauna before heading to the beach for a cocktail.

This village in northern France is located next to marshland which is described as a ‘fisherman’s paradise’. In the marsh you can also see the wild Camargue horses from the Camargue marshes in southern France as well as numerous other wildlife. It’s also the site of one of France’s first hydroelectric power stations.

An easy day-trip from Paris, this village borders the Fontainebleau forest and contains the former home of writers Châteaubriant, Alfred de Musset and George Sand. As the name suggests, it sits on the banks of the Seine, which offers some spots with a lovely view to enjoy a glass of wine in.

The neighbouring Normandy towns of Deauville and Honfleur are much better known and, correspondingly, much busier during the summer season, but this small former fishing village perched on the clifftop is just as pretty. It’s been a favourite haunt for artists over the years including musician Gabriel Fauré, the singer Mistinguett and the playwright Georges Feydeau and if you’re a fan of old French movies you might recognise it as the setting for Un Singe en hiver with Jean Gabin and Jean-Paul Belmondo. 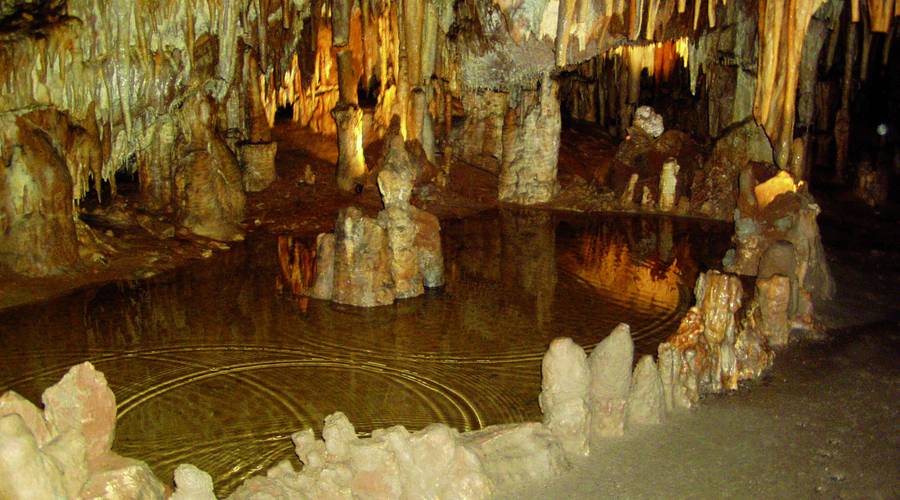 This is a bastide, a 13th century fortified village perched 200m over the Dordogne river. As well as being exceptionally pretty with well-preserved fortifications, the village also has the region’s largest caves with an impressive collection of stalacmites and stalactites. It’s in Périgord, which is duck country and the local cuisine is heavily based on duck and foie gras.

Auvillar was, until 19th century, an important river trading post, after which it sank into obscurity. This combination has given it some impressive historic buildings – including the boat masters’ houses in the village centre – which have been well preserved as the village gradually became a backwater. It’s still a stopover point on the Santiago de Compostella pilgrim route, so you will see travellers heading though the village on their way to Spain, some of whom do the pilgrimage the traditional way with donkeys.

The village forms one of the ‘gateways’ to the Normandie-Maine natural park, this is another fortified village – originally a town build on the hemp trade (cloth, not cannabis). It also has a 9th century castle keep. 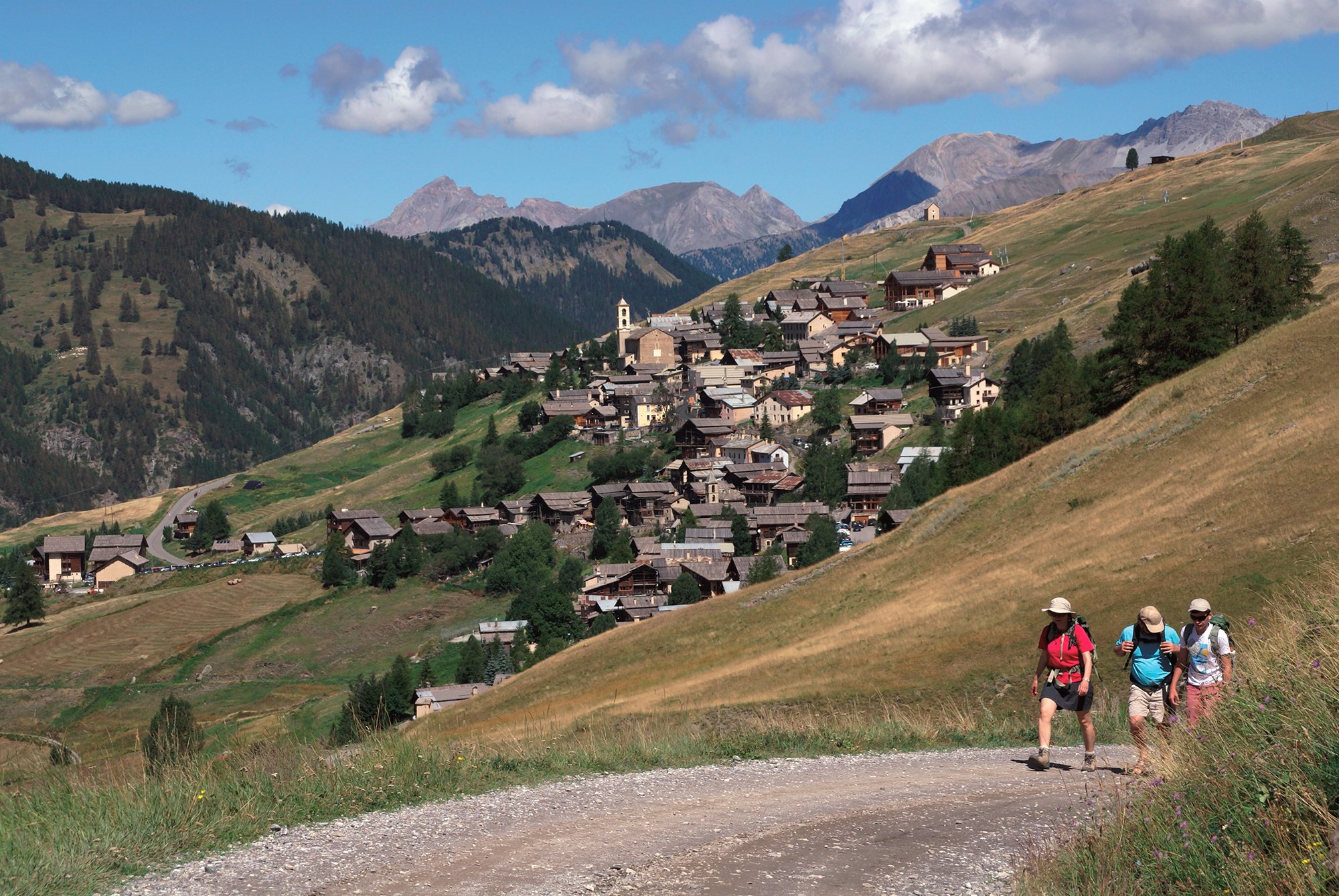 No, the French health minister didn’t get a sainthood, this is a village perched in the Alps on the French-Italian border – it’s the highest commune in Europe at 2,042m above sea level. Unsurprisingly its views are stunning and it is popular with tourists in both winter and summer, especially as the village has kept its traditional centre with a communal bread oven, fountains and church that is a historic monument.

How many of these have you visited?

Images courtesy of respective tourist offices except the one from Sancerre

44 Comments on “Some of France’s most beautiful villages”