I’ve already written about the importance of bread and patisseries in France. Today I’m looking at one of France’s global brands. Eric Kayser may have only launched his first boulangerie at 31 but his belated start did not stop him from making his mark.

Bread was baked into Eric Kayer’s destiny. He was born in Lorraine d’Alsace, France, and into a family of four generations of traditional bakers. The Kaysers moved to the Côte d’Azur when he was 11, and at the age of 14 he began a five-year long apprenticeship in Fréjus. At 19, Kayser joined the Compagnons du Tour de France, an organisation of craftsmen and artisans that dates back to the Middle Ages. Their traditional, technical education includes a tour of France apprenticing with master artisans.

Kayser then trained bakers during his 10 years at the INBP, the French national school of bakers and patissiers. During this period, in 1994, Kayser embarked on a mission to revive a tradition in its final throes and developed the Fermentolevain with Patrick Castagna, their modern answer to the industry’s identity crisis. The machine was designed to keep liquid leavening agent at just the right temperature, making it easier to work and produce traditional breads with a distinctive nutty flavour and extended shelf-life. 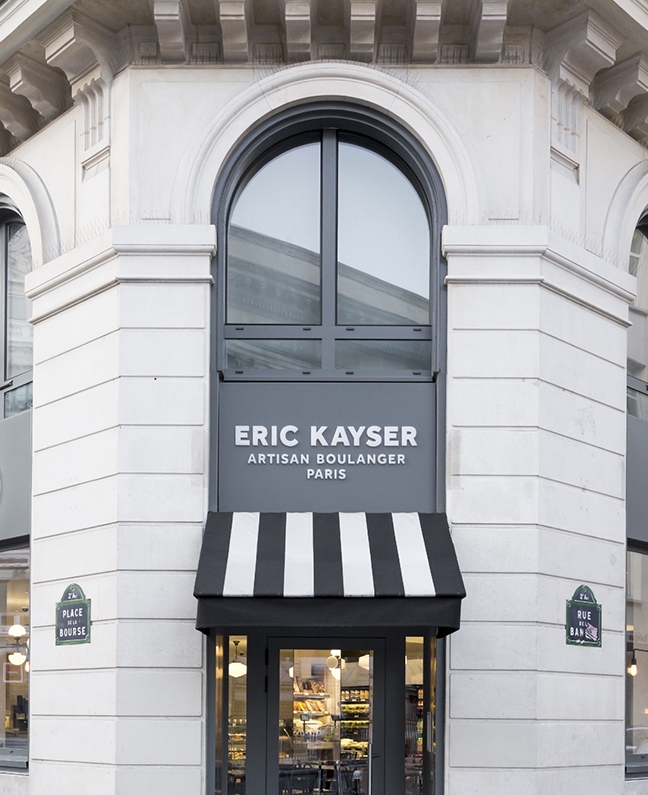 Finally in 1996, Kayser opened his first bakery, authentic artisanal French boulangerie, on rue de Monge, in the heart of the Latin Quarter in Paris. It was an instant success, garnering much critical acclaim. The opening of many more bakeries in Paris and in various countries abroad followed very quickly. Unsurprisingly, given their love of French products, Japan lead the way in its expansion.

Yes, I had that idea in mind, if it was to be successful. I was carried by the love of the world which pushed me to go to different countries. At the time, as soon as I could, I started franchising, then I concluded associations, as is the case for one of our flagship countries, Japan where we are at 50/50 with a Japanese partner with around thirty stores. Today, the network is half franchised and half owned.

While Capital Système Investissements assisted Maison Kayser in expanding its Asian market presence by launching a franchise in Hong Kong, potential franchisees generally directly approach Kayser. Of utmost importance is the location of the store. The successful candidates are trained for several months either in France or in Asia, then Maison Kayser carries out follow-up reviews to ensure maintenance of quality and brand.

The products and services in the bakeries vary from country to country, each adapting to the local tastes and flavours. This dynamic touch has helped the growth of Maison Kayser throughout the world. It also features new products on a monthly basis. September’s is Chocolate Chip and Chilli Bread. 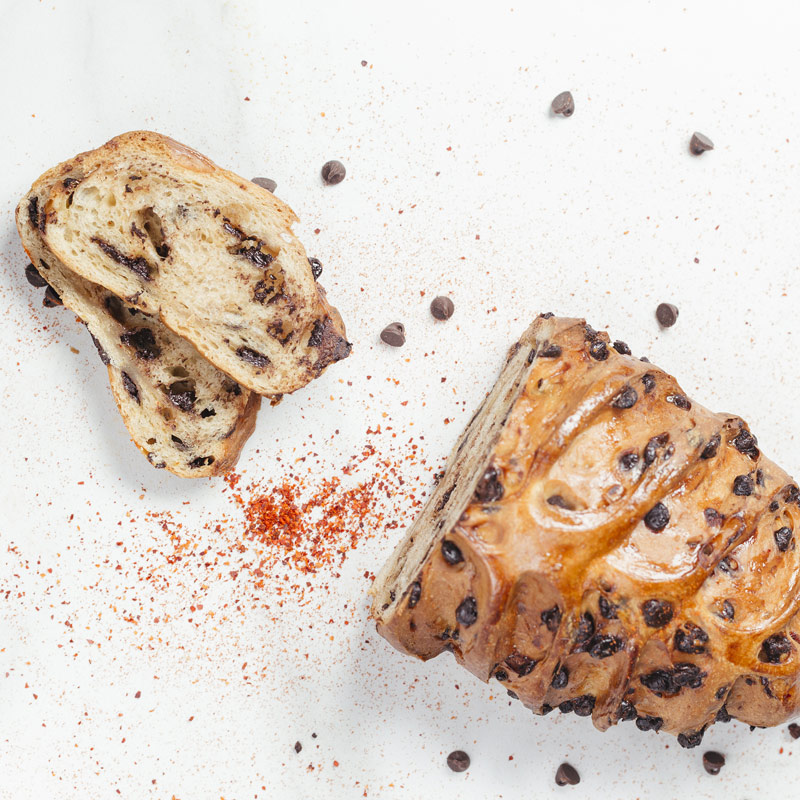 Sadly in 2020, largely due to the pandemic, Maison Kayser USA (owned by Cosmoledo LLC) filed for bankruptcy and was taken over by a New York food franchiser that runs bread, burger and salad shops including the New York outlets of the Five Guys burger chain and the US operation of Belgian Le Pain Quotidien.

For the future, Maison Kayser has set its sights on retaining its artisan baker status and proudly bearing the values it holds dear. Whether it’s in a transport hub like a station or an airport, a shopping centre or a high street, the recipe remains the same. 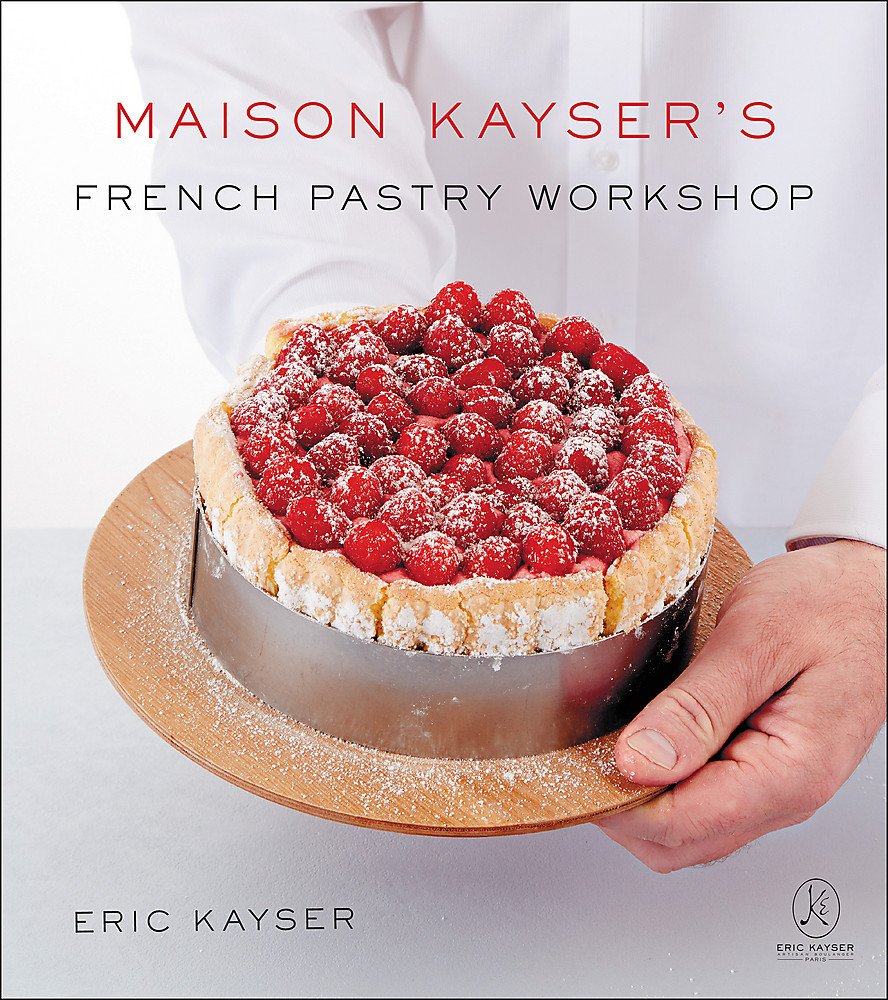 Here’s one of his recipes:- 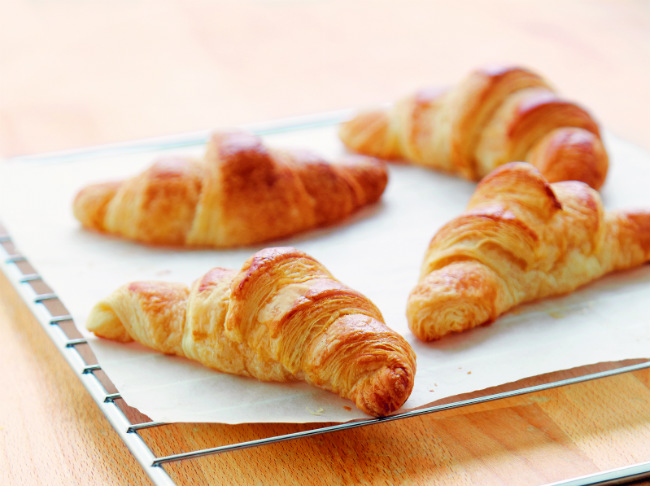 1. If you’re using a stand mixer, put the flour, water, starter, fresh yeast, salt, sugar and 1 egg in the bowl. Knead for 5 minutes at low speed, then for 2 minutes at high speed. Add the softened butter and knead for another 3 minutes.

2. If you’re kneading by hand, put the flour on a work surface or in a mixing bowl and make a large well in the centre. Add the starter, fresh yeast, salt, sugar, egg and the softened butter, then pour in half the water. Mix together well, then add the remaining water and blend until all the flour has been incorporated. Knead the dough until it becomes smooth and elastic.

3.  Shape the dough into a ball and put it in a bowl. Cover with a damp cloth and refrigerate for 1 hour.

4. Take the chilled butter out of the refrigerator and place it between 2 sheets of greaseproof (parchment) paper. Soften, by lightly running a rolling pin over it, and gradually shape it into a rectangle.

6. Roll out the dough again, this time to create a 30 x 90cm (12 × 36 inch) rectangle. Fold this rectangle into thirds, brushing off any excess flour as you go. Wrap the dough in cling film (plastic wrap), and make an indentation with your fingertip in one corner to indicate that you have made one turn. Refrigerate for 1 hour.

7. Dust the work surface and take the dough out of the refrigerator. Repeat the previous steps.,Wrap and make 2 indentations with your fingertips to indicate a second turn. Refrigerate for 1 hour.

8. Repeat the rolling and folding.  Wrap the dough and make 3 fingertip indentations to indicate a third turn. Refrigerate for 1 hour.

10. Carefully lift one piece of dough to sit neatly on top of the other. Use a large knife to cut out triangles. Use a 10cm (4 inch) dough cutter as a guide for the length of the triangle bases, with sides 18cm (7 inches) long. Since the dough is in 2 layers, you will get 2 layers of triangles.

11. Roll up the croissants, working from the base to the point. The point should ultimately rest underneath so that it does not unfold during baking. Throughout this process the dough triangles should remain well chilled, otherwise it will be impossible to roll them. If they soften too much, simply return them to the fridge.

12. Arrange the croissants on wire racks covered with greaseproof (parchment) paper and leave them to proof for 2-2 1/2 hours.

13. Place a baking sheet on the bottom shelf of the oven and preheat to 170C/325F. Glaze the croissants with lightly beaten egg. Just before putting the croissants in the oven, pour 50g (scant 1/4 cup) of water onto the preheated baking sheet. Bake for 15 minutes. Remove from the oven, transfer the croissants to another wire rack, and leave to cool.