Although I eat some fish, I don’t like a lot of typical white fish such as cod, haddock, plaice, whiting. I prefer less fishy tasting Mediterranean fish like sea bass. However, I do enjoy both brandade de morue (emulsion of salt cod, olive oil and potatoes) and accras (salt cod fritters) which are both made with salt cod – fresh cod preserved in salt.

I mentioned a couple of weeks back that I generally no longer serve a traditional starter at dinner parties, preferring to offer a selection of nibbles to enjoy with a welcome glass of champagne. Often these are cold, and generally homemade, but I enjoy making “hot” nibbles too and will frequently make these.

1. Make the spicy mayonnaise ahead by zesting the lemon and adding it to the blender/liquidiser with 1tbsp lemon juice, red chilli or paste, egg, vinegar, mustard and salt. Blend on low until well mixed.

2. Gradually raise the speed to medium and add the oils in a slow, steady stream through the feed tube. As soon as the mixture is thick and smooth, turn off the blender (over-blending can cause the mayonnaise to split).

3. Desalinate the cod by placing it in a deep dish and cover with cold water. Cover the dish with cling film (plastic wrap) and refrigerate for 36 hours, changing the water at least three times in the process. Drain well and cut a small piece to taste. It should taste like salted fish, but not excessively salty. If it does, recover with cold water and soak for another 6—12 hours, tasting after 6 hours to test for readiness. Drain well, remove and discard any skin and bones and cut into chunks. 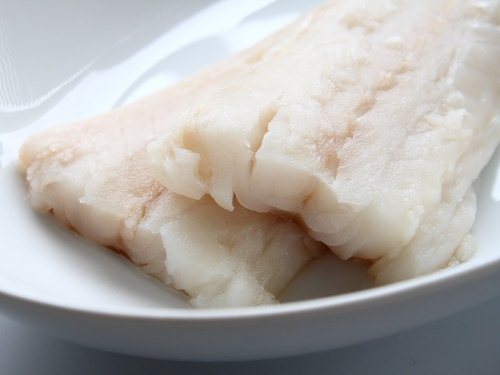 4. Put them potatoes into a large saucepan and add enough cold water, bring to a boil over high heat, then boil until a cake tester or thin- bladed knife slides through easily, about 10 minutes. Avoid overcooking them; if they are soft they’ll become watery. Drain well.

5. While the potatoes are boiling, place the salt cod/bacalao in another saucepan, cover with cold water and bring to a boil over medium-high heat. When the water comes to a rolling boil, remove from the heat. Set a strainer over a large liquid measuring cup or a bowl and pour the cod into this. Reserve the drained cod and 160ml (2/3 cup) of its cooking water. Discard the remaining cooking water.

6. Combine the oil and garlic in a large saucepan set over medium heat and cook, stirring occasionally, until the garlic is fragrant and just turning golden, about 4 minutes. Immediately add the flour and cook, stirring continuously, until the mixture is smooth and bubbling, about 1 minute. While stirring, pour in half of the bacalao water in a steady stream. Stir until smooth, then add the remaining water in the same manner. Stir in the parsley/coriander and remove from the heat. 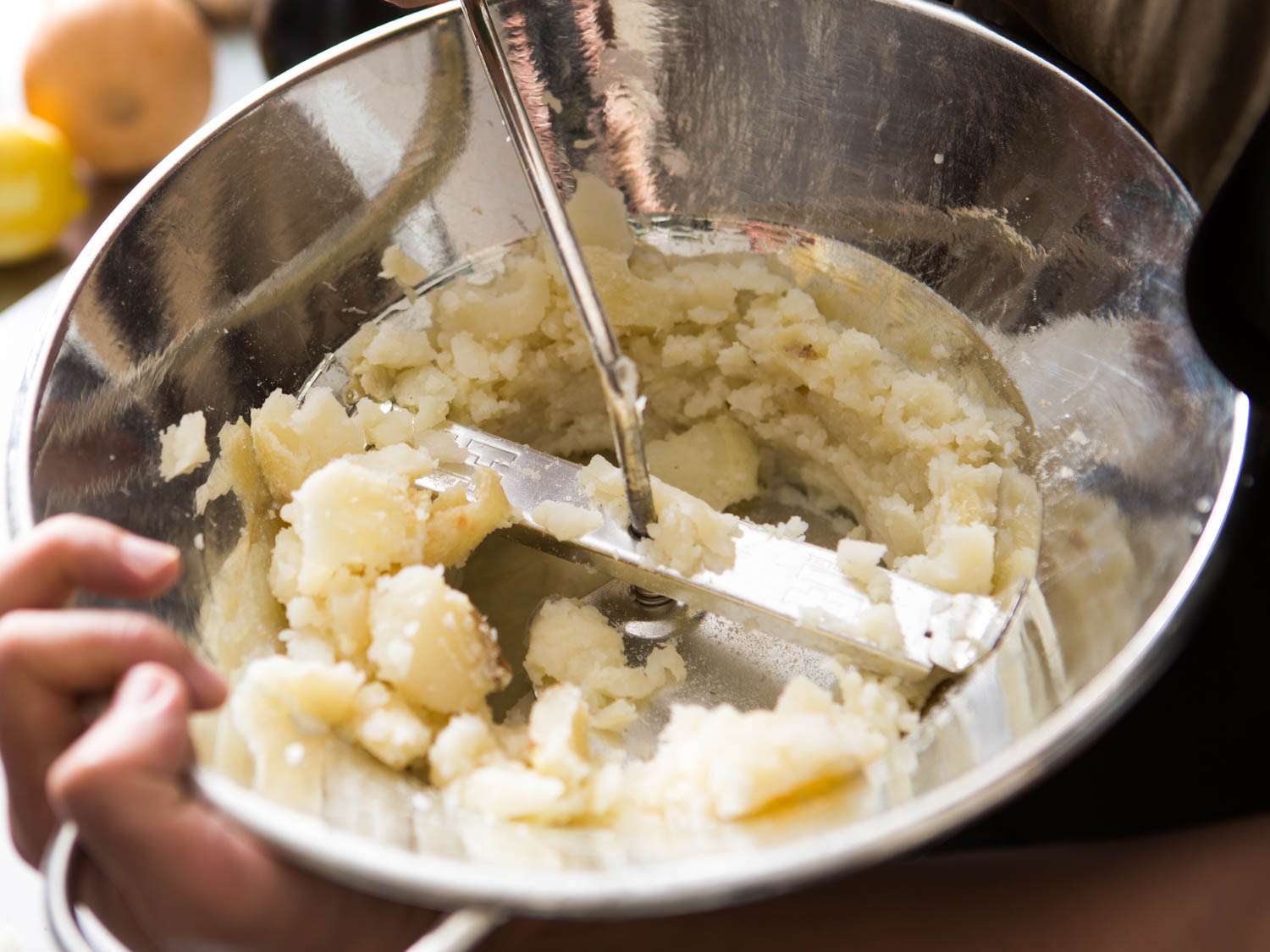 7. Transfer the mixture to the bowl of a stand mixer fitted with the paddle attachment, along with the drained bacalao and potatoes. Beat on low speed until well mixed and slightly cooled, about 1 minute. Scrape the sides of the bowl. With the mixer on low speed, add the eggs one at a time, waiting for the first to be fully absorbed before adding the second and scraping the bowl occasionally. As soon as the eggs are fully incorporated, stop mixing. You want the mixture to include some chunks of potato and cod. Press a piece of plastic wrap directly against the surface of the mixture and refrigerate until cold, at least 3 hours. It will keep in an airtight container for up to 3 days.

8. Line a wire rack with paper towels. Fill a large saucepan with oil to a depth of 3 inches. Heat over medium-high heat until it registers 180°C(375°F) on a deep-fry thermometer. Scoop up one heaped tablespoon of the bacalao mixture before carefully dropping it into the hot oil. Repeat with more of the bacalao mixture until they form a single layer in the saucepan without crowding. Fry, turning gently, until puffed and evenly golden brown, 1–2 minutes. Use a slotted spoon to transfer the fritters to the paper towels to drain. Let the oil heat up again and repeat with the remaining mixture, working in batches as necessary.

9. Serve them warm with skewers to dip into individual servings of spicy mayonnaise and some lemon wedges.

1. If you don’t have time to make the mayonnaise mix some Sriracha into a good quality mayonnaise with the juice of half a lemon.

2. I will often bake the potatoes in their skins and then remove the cooked potato as this tends to be much drier.

3. Any excess cooked fritters can be kept in the fridge for a few days and re-heated quickly in a hot oven.

← One from the Vaults: The Basque Country- Vitoria-Gasteiz
Silent Sunday #79 →