I once spent an entire three week business trip to Milan in search of the best Tiramisù the city had to offer. Yes, I ate the dessert every day in a different restaurant. By far the best examples were those that were quite clearly homemade, probably to Mamma’s secret recipe. I make a mean version myself which unlike the original, features a fair amount of alcohol!

Italy is mourning the death of its “father of Tiramisu,” the inventor of one of Italy’s most famous mouth-watering desserts, at the age of 93 https://t.co/dNjCGA95l2

So sad news for dessert lovers everywhere as Ado Campeol, the guy who invented the dessert in the 1970s, passed away aged 93 last weekend. 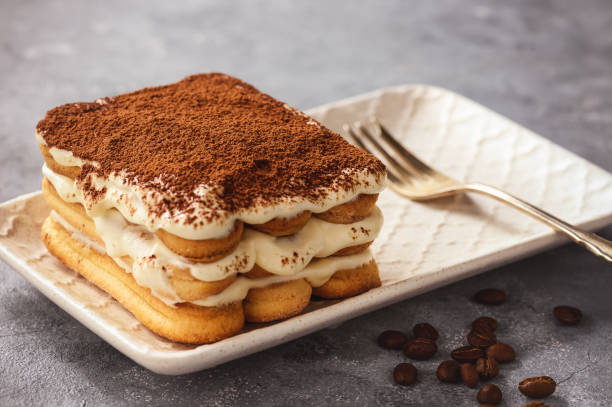 The 1970s-born treat – of coffee-soaked sponge fingers laden with a rich mascarpone cream – originally appeared on the menu at his family-run restaurant, Le Beccherie which opened in 1939 with Ado taking over post-WWII. The restaurant is in the town of Treviso in Italy’s north-east, and today it’s one of the country’s most famous exports. While the dish was added to their menu in 1972, it was never patented by the family – big mistake Ado!

According to the dessert’s co-inventor, Chef Roberto Linguanotto, the dish was the result of an accident while making vanilla ice cream. Mr Linguanotto dropped some mascarpone cheese into a bowl of eggs and sugar and, after he noticed the mixture’s pleasant taste, he told Campeol’s wife Alba.The pair then perfected the dessert by adding ladyfinger sponges soaked in coffee, and sprinkling it with cocoa and calling it “Tiramisù”.

And there we have it. It wasn’t invented by Campeol at all but by his wife and chef!

Who else thinks it’s weird that Campeol is known as the father of Tiramisu, despite the fact that it was actually invented by his wife and an employee? https://t.co/69kRlLUmNH

Like many celebrated dishes, tiramisu’s origins – like its ingredients – remains contentious. In 2010, a delegation from the Italian Academy of Cuisine certified the restaurant’s version of the recipe, naming pastry chef Roberto Linguanotto as its co-creator (although it’s widely said that he co-created the dish with Alba Campeol).

The Accademia del Tiramisu, an independent organisation devoted exclusively to the pudding and its history, says the combination of mascarpone, sugar, coffee and biscuits was long used in Italy’s Veneto region as a tonic – sometimes served as a recharger to depleted clients post coitus by bordello madams, or to nursing mothers to keep their milk supply and energy up. Its name is derived from the phrase “tireme su” – literally “lift me up” in Treviso dialect.

According to the Campeols’ son, Carlo, who now runs the restaurant, Alba was familiar with the local pick-me-up. As a new mother – not long before the dish was added to Le Beccherie’s menu in 1972 – she was snacking on a mix of tiramisu’s key ingredients (mascarpone, sugar, biscuits and coffee) prepared by her mother-in-law every morning for breakfast.

By the mid 1980s, the dessert had crossed the Atlantic and was causing a stir in New York, with controversies erupting around just how to make it and what exactly it even was. In 1985 the New York Times ran a story attempting to unpack the mysteries of “a deceptively airy but shamefully rich creation in the mousse-pudding family that has at least 200 variations”. It said the dish was hardly known in the city just a few years earlier, with one NYC chef claiming it was the first Italian dessert to compete with French cuisine for international attention.

It’s a debate that continues to rage. In 2013 Luca Zaia, longstanding governor of the dish’s home region of Veneto, led a campaign to protect the recipe from egregious mutations – in particular, the unacceptable addition of strawberries and cream.

Less concerned with the sanctity of the dish, the Tiramisu World Cup – which has been running since 2017, when Linguanotto led the judges panel – is surely the world’s largest amateur tiramisu contest. While the experimental category allows for the inclusion of almost anything, it still adheres to the recipe’s essence and forbids the omission of any of the core ingredients: mascarpone, coffee, cocoa and eggs. Yolks are also compulsory, and competitors are judged against daunting evaluation criteria such as “harmony of taste and perception of lightness”.

53 Comments on “Tiramisu no more”