In Austria a dessert is referred to as “Mehlspeis” – the dish with flour. I think very highly of Austrian desserts and pastries but the most notable and “piece de resistance” is the famed Salzburger Nockerl, a light, baked soufflé. It is typically served with a fresh berry compote, a fruit coulis or baked on a berry gelee enriched cream.

The origins of the Salzburger Nockerl are unclear though they were first made in the early 17th century. According to some, Napoleon brought this sweet, egg-based dessert to Austria from France. Another says that the long-term mistress of Salzburg’s Prince Archbishop Wolf Dietrich von Raitenau and the mother of his 15 children invented the delicious dessert – when did find time? The Salzburger Nockerl perfectly symbolise the baroque love of life which prevailed during the time of the industrious prince as well as also the snowy peaks surrounding the city of Salzburg: the Mönchs, Kapuziner and Gaisberg mountains

I like to serve Salzburger Nockerl as a finale to an Austrian style meal when I have friends round. I can finish and cook the dish while everyone’s chatting after the cheese course. In addition, they “stand” a little longer that regular soufflés and can easily be served “family” style in a big oval (or rectangular) baking dish. 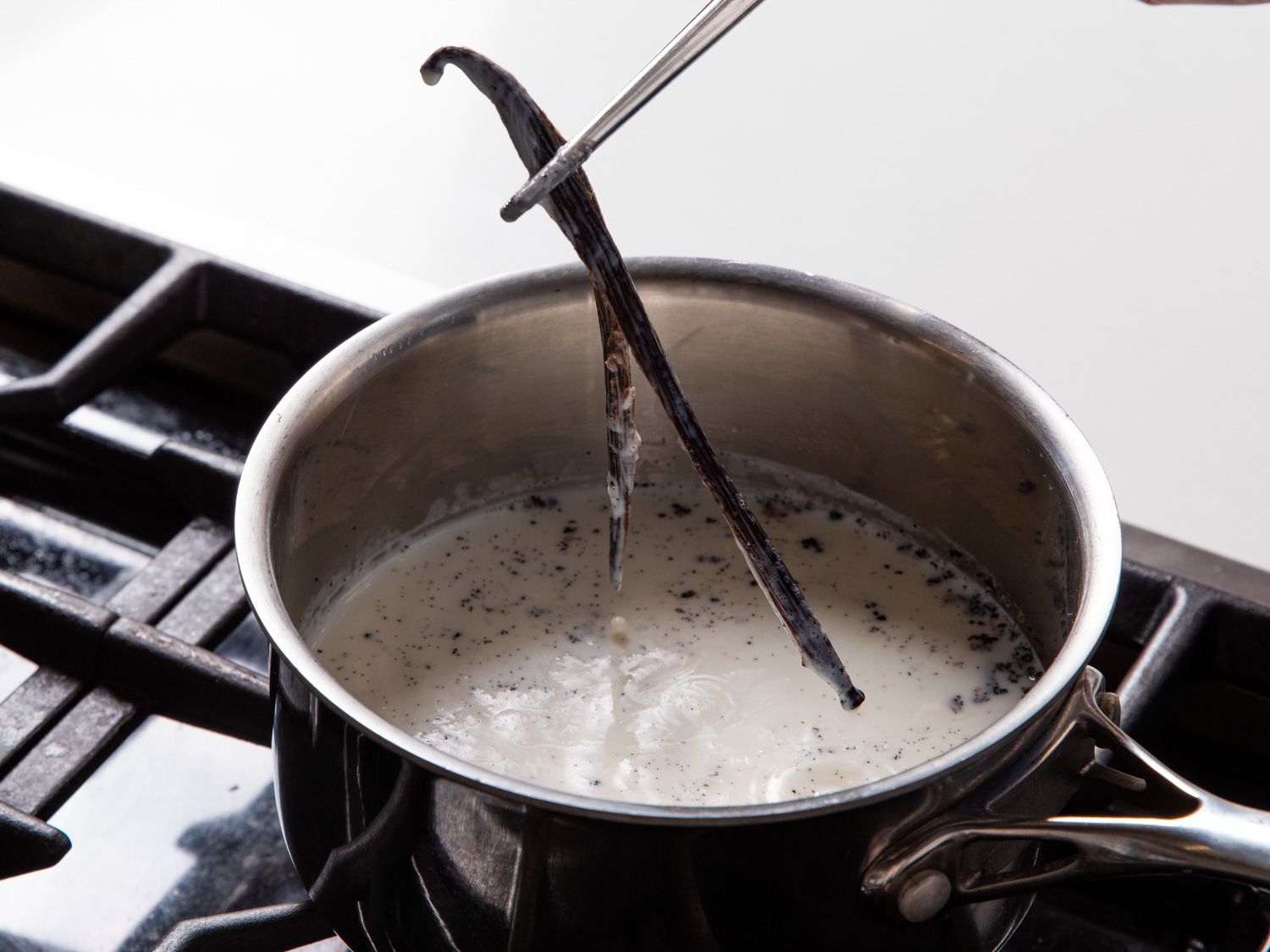 1.Heat the cream to simmering point with the cut-open vanilla pod, its seeds and lemon juice. Remove from the stove and leave to stand and infuse. Lightly butter an oval-shaped, ovenproof dish. Pre-heat oven to 200C./180C fan/(400F)/gas mark 6.

2. Line the base of the dish with a layer of your chosen jam. It’s best to use a strongly flavoured jam, preferably one made with something red; raspberry, strawberry, red currant rhubarb, etc. would be my preference, to contrast with the sweetness of the meringue. I typically use an entire pot of home-made raspberry jam.

3. Fish the vanilla pod out of the cooled cream mixture which is then poured over the jam in the base of the dish. (Note: wash and keep the pod to make vanilla syrup or paste). 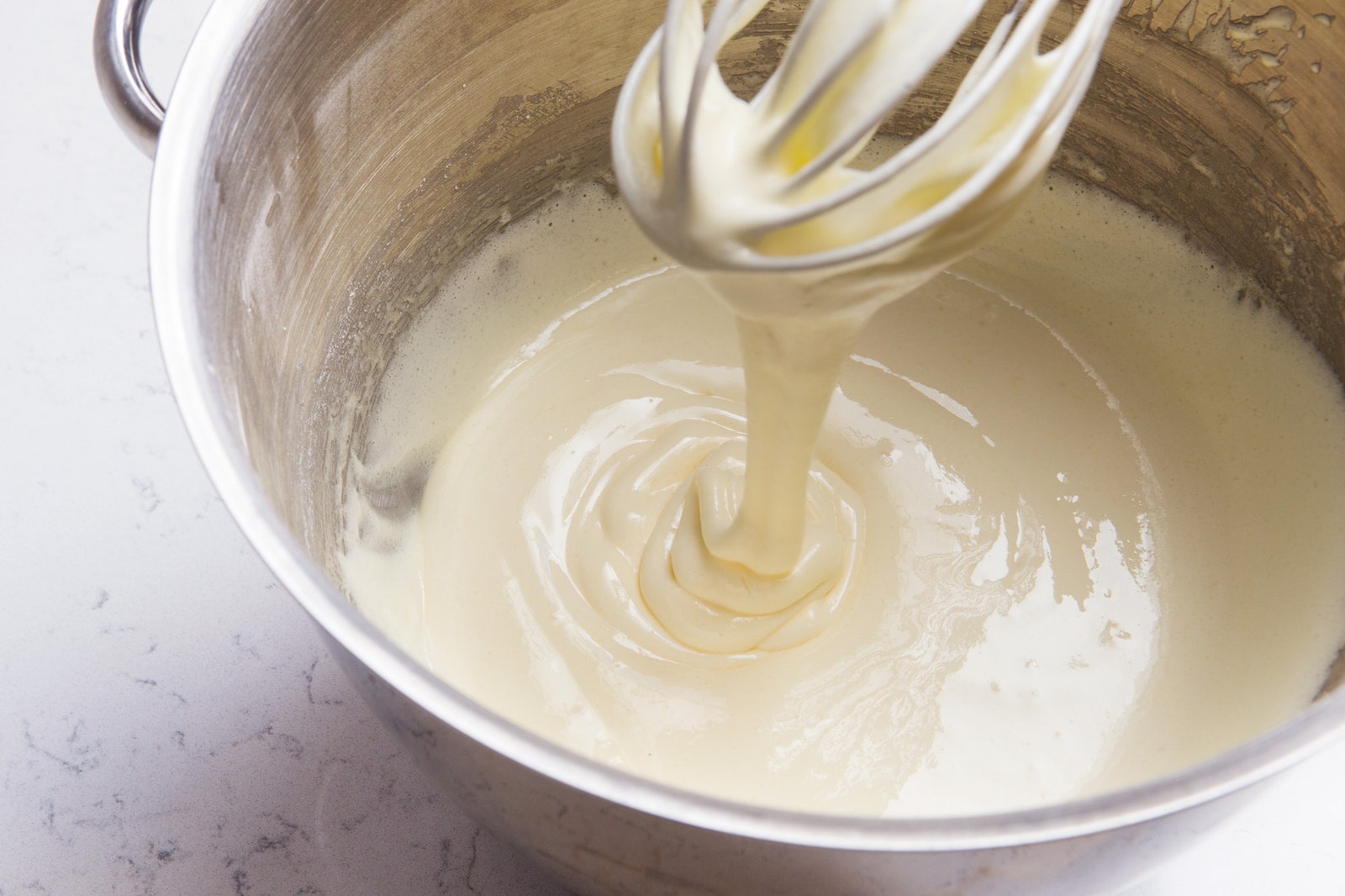 4. Whip the egg yolks with 1 tbsp sugar and the vanilla extract until light and foamy. In another bowl, using a mixer, beat the egg whites and salt to a hard peak and slowly add the remaining sugar little by little until all the sugar is well incorporated and the mixture is very stiff and glossy.

5. Add the egg yolks, lemon zest, flour and cornstarch to the egg white mixture. Fold carefully with a spatula to incorporate the two mixtures. Using a very large spoon, make 4 pyramid-shaped nockerl, placing them next to one another in the baking dish. Bake for 10-12 minutes until golden brown.

6. Dust with icing sugar and serve triumphantly at the table.

← One from the Vaults: Postcard from Manhattan I
Silent Sunday #83 →

16 Comments on “The Musette: Salzburger Nockerl”