[Yet Another] Postcard from Seefeld

After a couple of days in Graz, we headed to more familiar ground, Seefeld. Over the years I have written many posts about our winter and summer holidays here, a town we first visited back in 1986! Over the years, we’ve stayed in many of the hotels and rental apartments. Surprisingly, there are still things I’ve yet to cover in the town.

We recently spent a few days at the newly renovated 5* hotel in the centre of Seefeld, Hotel Klosterbräu & SPA. The latest generation of this family-owned establishment have made a number of key improvements in recent years: most notably, the addition of a petting zoo, a hotel dog called Moritz, an organic farm, a state of the art gym and spa, plus serving sublime apple strudel as part of a truly munificent breakfast buffet. You’ve got to love any place with those, haven’t you? 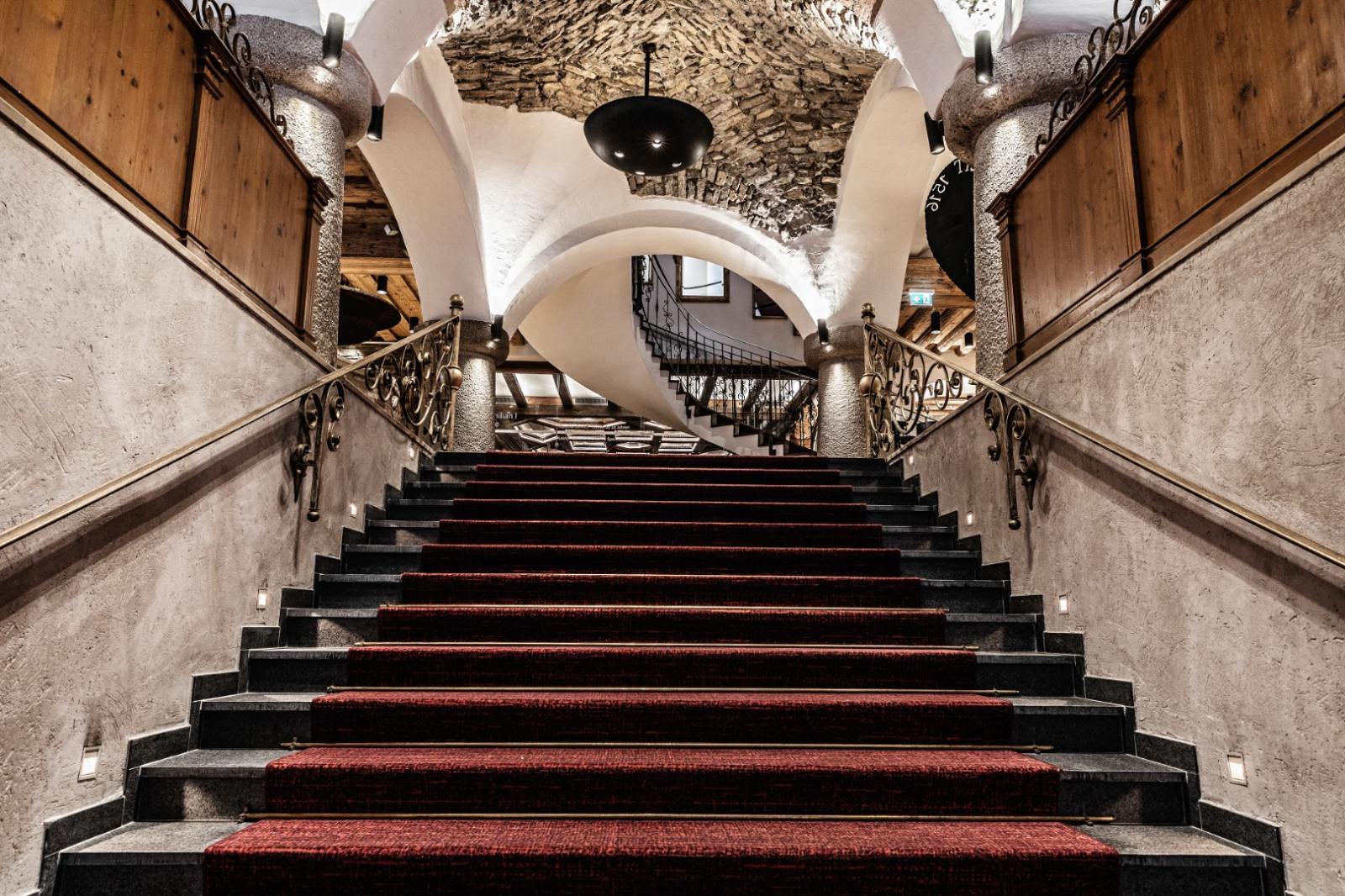 It was a truly relaxing few days with long walks after a fabulous breakfast, returning in time to wallow in the warm waters of the Spa before refuelling with Kaffee and Kuechen ahead of a splendid vegan dinner. Yes, you read that correctly. I had a four-course vegan meal every evening – heavenly. Understandably, I was reluctant to leave. So reluctant that we’re returning for a week’s holiday just before Xmas. 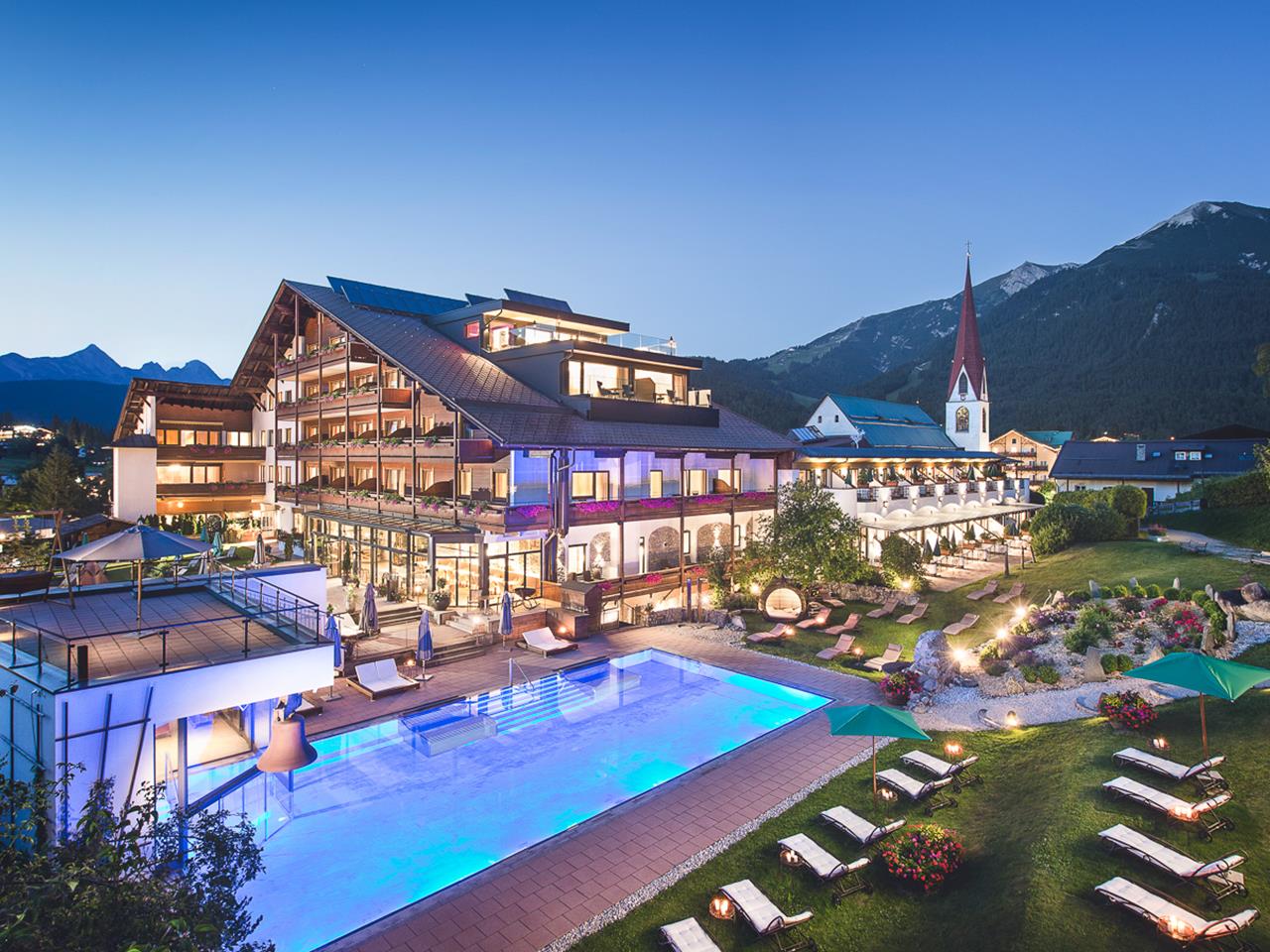 This time my post is all about where we stayed. As you know, if there’ s one thing I particularly love, it’s family hotels that are managed with a great deal of heart. The five-star hotel Klosterbraeu & Spa in Seefeld in Tyrol is one such hotel. The sixth generation of the Seyrling family  – innkeepers since the late 1880s – is now at its helm. A total of eight family members, not including the house dog Moritz, take wonderful care of the guests’ well-being.

The hotel’s original building was a monastery (kloster) and a brewery (bräu). The monastery was consecrated in 14th century and in 1516  Emperor Maximilian I presented the building to the town of Seefeld to host visiting pilgrims. It has been transformed since those humble beginnings though it still produces its own beer.

The building is steeped in history and although much expanded and updated, blending the old with the new, the religious and the secular, the Seylings have been able to keep it alive and fresh for each generation of visitors. Everywhere traces of its origins remain.

Original frescos line the walls, dedicated to the Miracle of the Bread. One Sunday morning, around 1384, Sir Oswald Milser got a little too big for his lederhosen. During communion, the knight demanded a bigger than normal wafer. The moment he put it to his lips, the ground opened up and the knight was pulled straight down to you-know-where. Grabbing the altar as he struggled, his thumbprint was left there for all eternity. You can still find it in the church adjoining the hotel – I haven’t checked.

My vegan menu aside, culinary delights are definitely a priority and the hotel has a total of eight restaurant and dinner locations to offer culinary diversity, from the historic vaulted hall to the Ritter Oswald Stube to the legendary Bräukeller Grill.

17 Comments on “[Yet Another] Postcard from Seefeld”