One from the Vaults: Postcards from Paris and New York (2015)

It was chilly, damp even, in Paris but finally the sun broke through to shine on Black Friday, though arguably that event was two weeks before. At Les Invalides, the French President led a memorial service for the 130 victims. Accordingly, Paris was a sombre place with many buildings flying the tricolour at half-mast or on posters plastered in their shop or apartment windows. 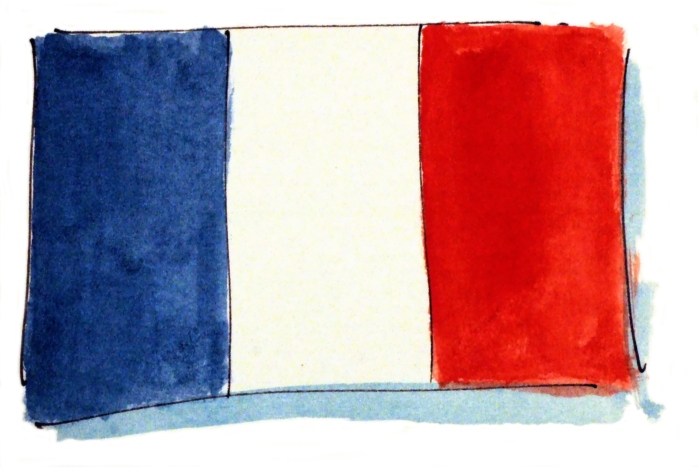 When friends learned I was going to Paris they were aghast but I said that if I cancelled my trip it would be a victory for IS. I’ve lived through the IRA’s campaign of terror, admittedly much less sinister than that of IS, I wasn’t about to cave now.

It was originally meant to be a long romantic week-end with my beloved with plans (as always) made well in advance. We typically go to Paris at this time every year, ostensibly to attend the major French dental exhibition at the Palais des Congres. Our plans changed a couple of weeks ago when my beloved decided he needed to attend the Greater New York Dental Meeting which follows swiftly on its heels.

Meanwhile, I had a day and a half pounding the Parisian pavements. My beloved always says I’ve gone shopping. But, I haven’t, I’ve gone walking. Most people enjoy walking in the countryside but I love exploring the architecture of urban spaces and they don’t get much finer than those in central Paris.

I think the city has a timeless and elegant feel unified by its stylish buildings which sprang up only around 150 years ago under the aegis of Baron Georges-Eugene Haussmann, Prefect of the Seine district. Unbelievable now, but his sweeping changes did not make him a popular man and his opponents accused him of imposing a coldly regimented style.

Understandably there was a heavy and visible armed presence at major transport hubs, all around French government buildings, and increased security in every doorway. None of which spoilt the enjoyment of my perambulations. Having made an early start, well before any shops were open, I enjoyed frequent pit-stops to warm up at some of my favourite Parisian watering holes.

In no time at all, I was flying back to Nice for a following day turn-around for our flight to New York. I amused myself on the way over by watching the new Minions movie. I’m now a firm fan. I dined Saturday evening with my beloved, and one of his work colleagues, and that was pretty much all I saw of him. Again, I was left to enjoy myself in New York on foot.

New York is full of buildings with interesting features and I’m not talking about The Empire State Building. No, if you zigzag up and down the cross-streets, gazing upwards, you spot some interesting details. The state of New York side-walks demands that you take care and wear comfortable shoes.

I had two bright, sunny but very cold days where I walked all over Manhattan followed by two wet days where I meandered around MOMA and The Witney Museum. On my return my two shopaholic sisters were aghast to learn I had only bought two cookery books. What can I say? I’m not a shopper, I’m only a window shopper at best but mostly I’m a walker. New York, Paris, London, indeed any of the world’s great cities, need to be experienced on foot.