My beloved who (to be honest) has very little say in where we holiday, expressed a desire to see Bolzano and I obliged by booking an overnight here on the way to Austria for our pre-Xmas vacation. Given its location in southern Tyrol, and proximity to the Austria border, as you might imagine this town has a long and rich history. 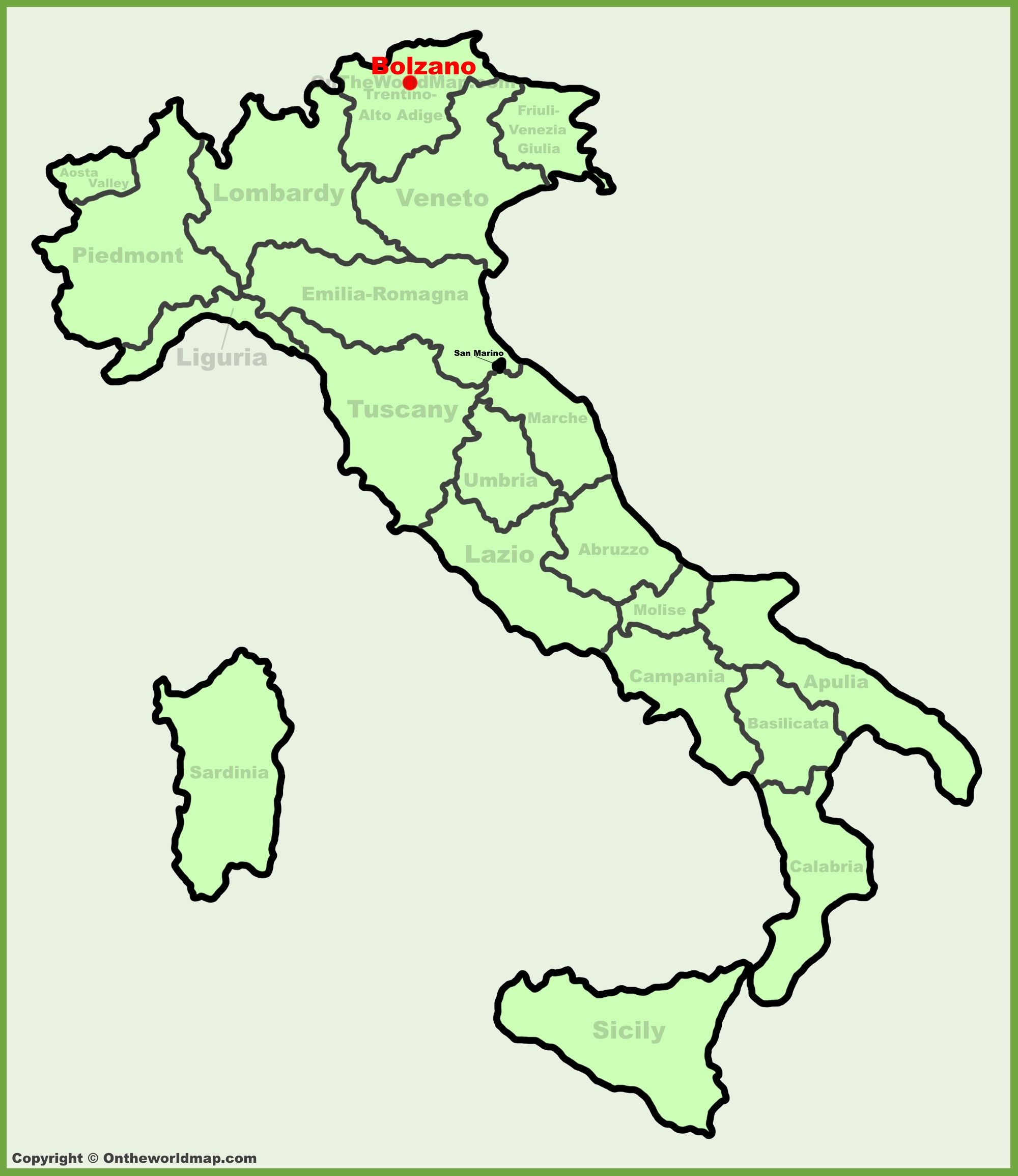 Ancient times
In prehistoric times the Bolzano area, largely marshland flooded by the three nearby rivers (Adige, Isarco and Talvera), was uninhabitable. Understandably the first human settlements were on much higher ground. In 15 BC. Druso, the adopted son of the Emperor Augusto conquered the Val d’Adige and Val d’Isarco areas and built a bridge (Pons Drusi) and an outlook post in the Bolzano area. Its exact location is unclear, but many claim it must have been near to the old town between the cathedral and the convent of the Cappuccini. The name Bolzano first appeared in 680 in its Latin form of Bauzanum, in the Historia Longobardorum by Paolo Diacono. However the name did not refer to an urban settlement but rather its former Roman landowner, Baudius.

The Early Middle Ages
After the fall of the Roman Empire, the region was invaded several times by the Goths, the French, the Longobards and the Bavarians. In 11th century the Emperor Corrado II gave the fiefdom to the Bishop of Trento who took the area occupied by a vineyard belonging to the monastery of Tegernsee, and promoted the foundation of a small development of what is now the Via Portici, a road full of commercial activity (a central communication point between North and South).

The city with wall and obligatory moat was built between 12th and 13th centuries. In 1222, it was devastated by fire with around 1500 deaths. In 1277, Bolzano came under the control of the Tyrolean counts and passed to the Habsburgs in 1363 who , increased its commercial prospects and expanded the area which is now the old town.

The Asburgo/Hapsburg dynasty
In 1363, Margherita di Maultasch, the last Tyrolian countess, abdicated in favour of the Duke of Austria, Rodolfo d’Asburgo who took care not to damage the commercial aspects of the flourishing city which in 1450 obtained the right to have its own mayor.

At the beginning of 15th century, Federico Habsburg thanked the city for its support during the struggle with the rebellious Tyroleans with the insertion of two Bolzano representatives on the town’s ruling body.

The 19th century
In 1797, Napoleon’s troops invaded the city but were driven back by the Italian and Austrian armies. In 1805, the Tyrol passed into Bavarian hands – then allied with Napoleonic France – and Bolzano was annexed to the Italic kingdom.  In 1814 the Tyrol returned to Austria and in 1919, post-WW1, the southern part of the Tyrol (South Tyrol) was annexed to Italy by the Treaty of Saint Germain, splitting the historic Tyrol area (which stretched from Borghetto, between Trento and Verona, to Kufstein) between the Tyrol and Bavaria) the consequences of which are still felt to this day.

A history of winners and losers 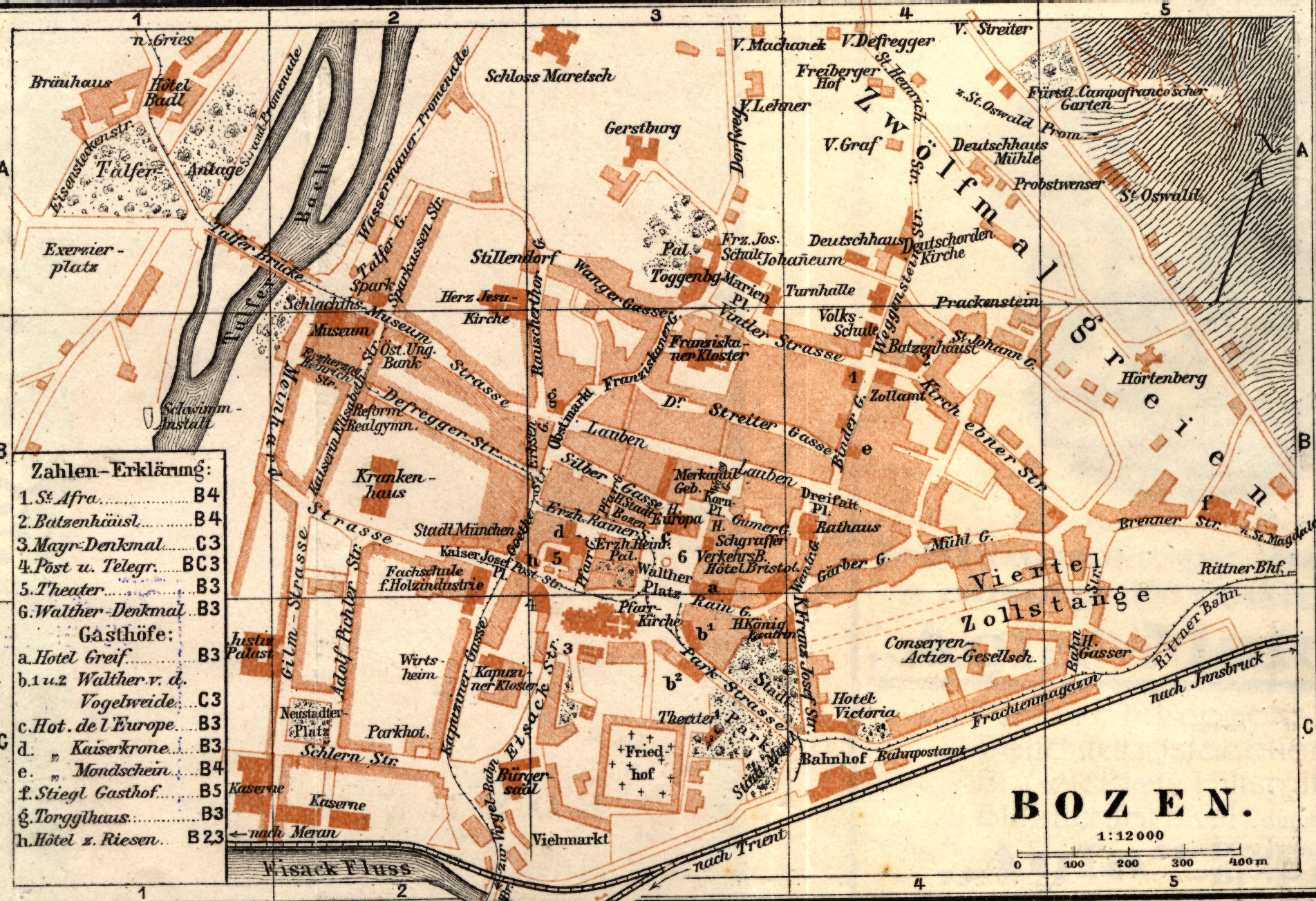 Shortly before the march on Rome (October 1922) fascists arrived in Bolzano and occupied it, removing the syndicate which had governed the city since 1895. Mussolini wanted to ‘Italianise’ the Alto Adige and its capital, Bolzano. The objective was to integrate immigrants coming from all over Italy.

In the 1930s the construction of the city’s industrial area began in earnest, which led to a further influx of workers. Teaching of German was forbidden and punishable, Italian was declared the official language, the use of the name ‘Tyrol’ was banned and the German language was banished from public life.

With the Anschluss, the annexation of Austria, Nazi Germany arrived in Brennero, and it was here that the alliance with Mussolini began. Il Duce obtained solemn declarations on the intangibility of the borders of Brennero, as well as the renunciation of the Reich’s claims on the former Southern Tyrol. In 1939, Italy and Germany signed an agreement for ‘options’: South Tyrol was to decide whether to go back to Germany or remain part of Alto Adige, renouncing all ethnic protection.

The roots of “special autonomy”
After WWII, a group of South Tyroleans founded the Suedtiroler Volkspartei (Popular Party of South Tyrol) in Bolzano requesting the right for self-rule for the German speaking population. In April 1946 the foreign ministers of the four great powers (United States, England, France and the Soviet Union) rejected the Austrians’ requests for a plebiscite for Alto Adige. In September of the same year, the president of the council of Italian ministers and the Austrian foreign minister signed the Treaty of Paris, which assured special measures for the South Tyroleans. It was agreed that primary and secondary schools would provide teaching in the German mother tongue, that both (Italian and German) languages would be used along side each other in the areas of public administration, official documents and place names.

In 1948, the Italian constitution ratified the first Statute of Autonomy whereby the two provinces of Bolzano and Trento would be unified in the Trentino-Alto Adige region. But in 1956 German protests exploded into what would become a long wave of terrorism which continued intermittently until 1988.

The issue was resolved in 1971, when a new statute of autonomy for the smaller, majority German-speaking province Bozen – Südtirol/Bolzano – Alto Adige, which was supported by the German-speaking population of South Tyrol, was granted by Italy. It resulted in a considerable level of self-government and the separatist tensions soon eased.

We had our own mini-immersion in the city’s historic past when we walked around its streets and famous Christmas market before retiring to a local brewery to sample its brews. In addition, our overnight was spent in Castel Hörtenberg, a 500 year old plus mansion built by Leonard Hiertmair in one of the city’s oldest neighbourhoods.

Hiertmair served four terms as the city’s mayor and in 1584 he obtained from the emperor the title of baron changing his family name from Hiertmair to von Hiertenberg and later into “von Hörtenberg”.

In 1862, with no male heirs, the castle was bought by Hieronymus Giovanelli,  who was related to von Hörtenberg family through his wife. The Giovanelli family owned the castle until 20th century when, upon the marriage of Baroness Maria Giovanelli von Hörtenberg  to Baron Ludwig von Fuchs, Castel Hörtenberg becomes part of the von Fuchs estate. Then, a few years ago, the owners sold it to the current owners, Podini family whose background is in real-estate.

The renovation of the mansion was entrusted to the youngest daughter who, together with her father Alex, has overseen every single step of the project. The result is a delightful blend of old and new: a mix of ancient history blended with an urban style and traditional craftsmanship.

The family also own a Tuscan vineyard and an olive grove near Lake Garda which produce an excellent bio-dynamic wine and cold pressed olive oil for the Castel’s guests.

32 Comments on “Postcard from Bolzano”