I’ve previously written about our visits to various vineyards, particularly in the neighbouring Var, but have failed to mention our local vineyards in Bellet. 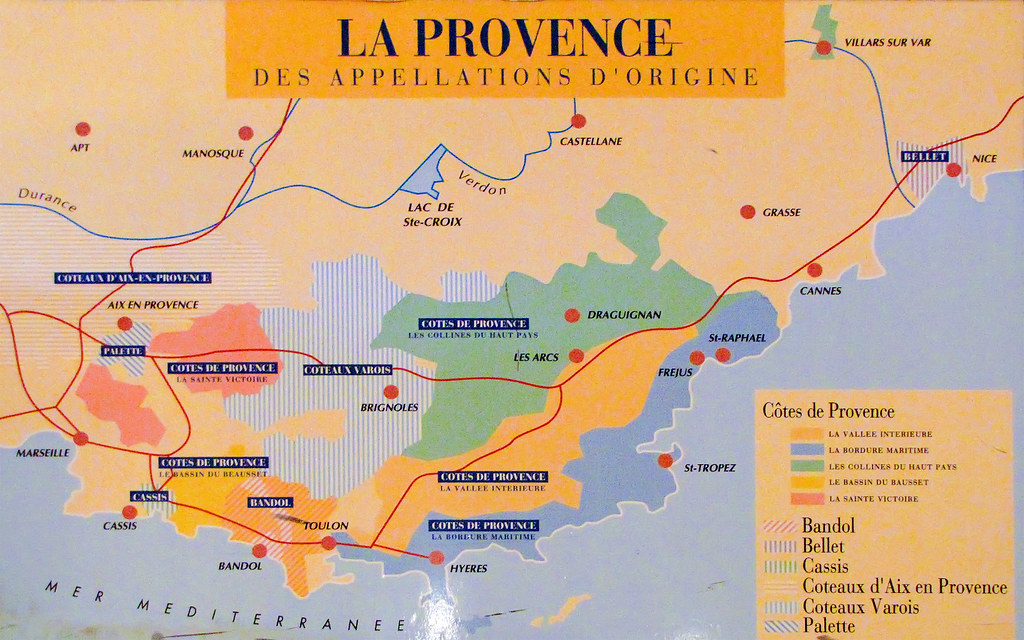 Bellet is a small appellation for red, white and rosé wines from the hills around Nice. Despite Provence’s penchant for rosé, all three colours are produced under the Bellet title. Indeed, at last count, red wines represented just over 40% of production, whites 36% and rosé just 23%. 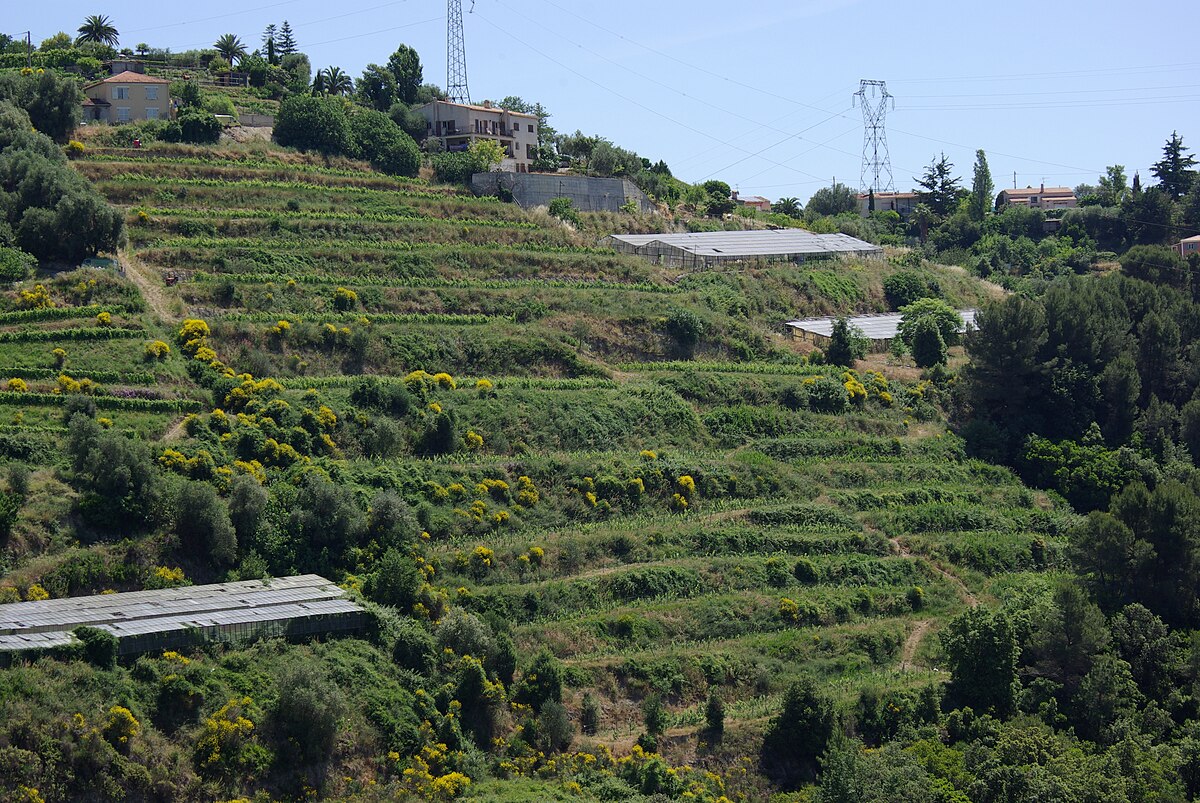 The appellation covers roughly 55 hectares (140 acres) of vines, all within the wider commune of Nice, which is the offical boundary of the appellation. The area’s western limit runs for 15km (9 miles) along the left (eastern) bank of the Var river, on the last stage of its run into the Mediterranean Sea, whose seafront runs for roughly 15km of the southern limit of the appellation.

The eastern border of Bellet runs up against that of the western boundary of the next major agglomeration on the coast, Villefranche-sur-Mer (also famous as the filming location for Alfred Hitchock’s “To Catch a Thief”) – weaving roughly 12km (7.5 miles) northwards. The northern boundary of Nice (and the Bellet appellation) weaves along the valleys and hills around eight kilometers (five miles) inland from the beaches of Nice as the crow flies.

The proximity of Nice to the border with Italy, 30km (18 miles) to the east – and therefore the western vineyards of Liguria and Piedmont – is somewhat reflected in the style of Bellet wines and in particular the grape varieties used in their production.

The key white variety of Bellet is Vermentino, a variety originally from Liguria, but which now makes up around 60% of all white Bellet wine. Vermentino’s traditional Provençal name is “Rolle”, but the variety’s popularity has occurred in local terms under its Italian name, so many producers (and even the appellation’s legal documents) now refer to it as Vermentino. 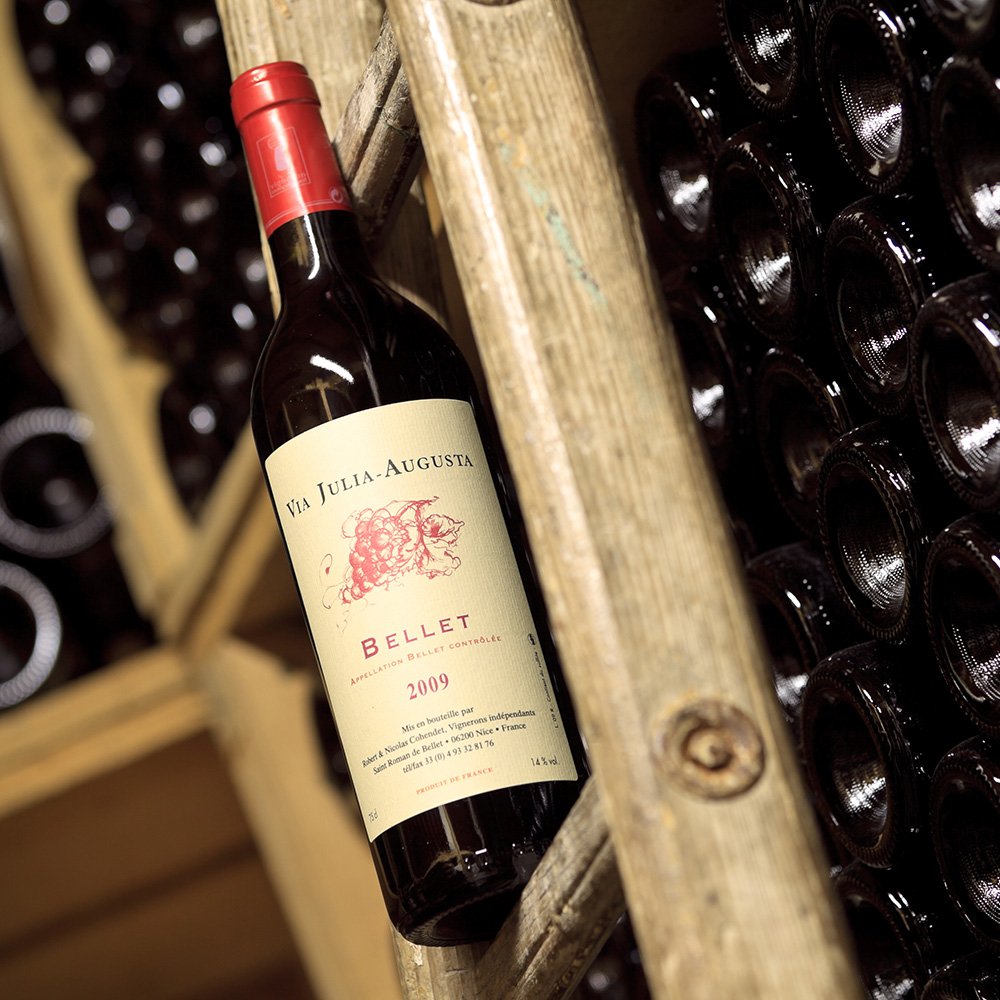 The two principal varieties used in Bellet’s red and rosé wines, Braquet and Fuella Nera also strike a distinct Italian note. Braquet is thought by some to be the same variety as Brachetto, a grape that is common in Piedmont, while Fuella Nera is actually Folle Noire masquerading under an Italian synonym.

The name Provence is a further link to the Italian connection, being a modern, shortened form of “Provincia Nostra”, the title chosen by Roman colonists in the second century BC, meaning “our province”. 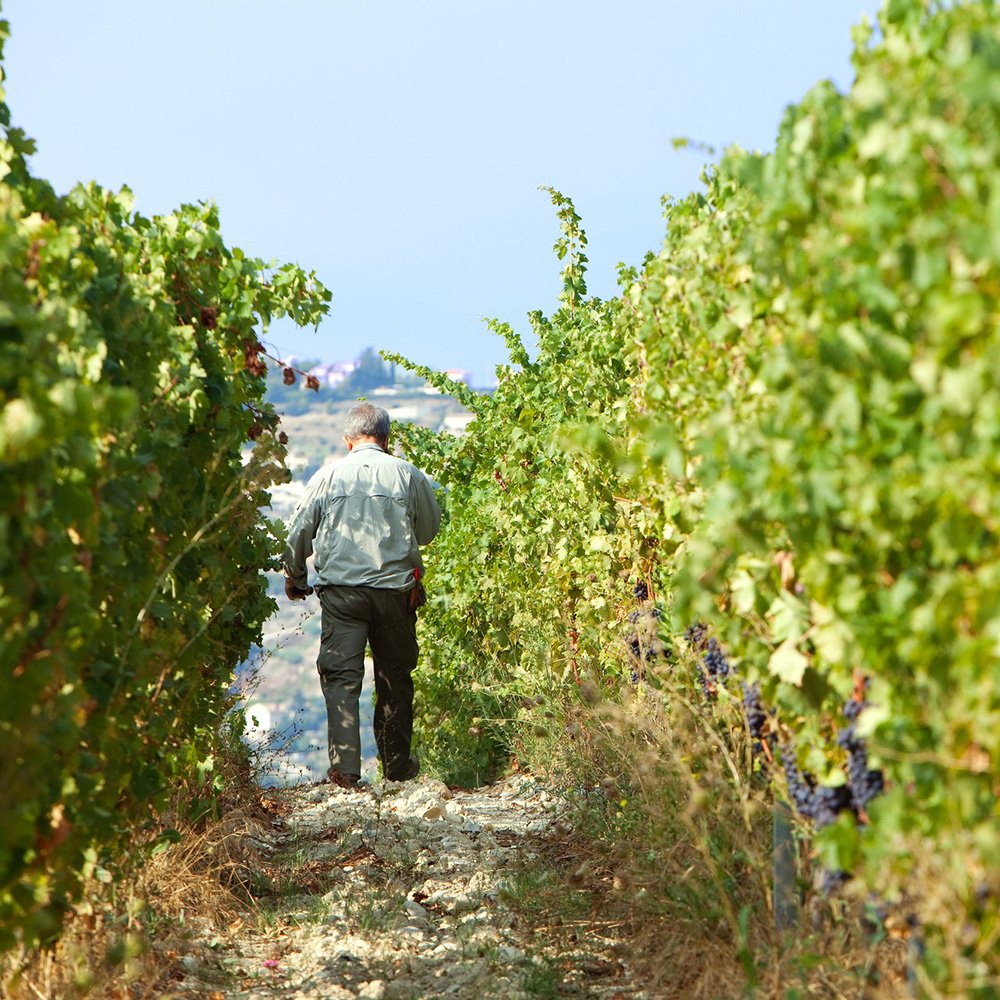 Four classic southern French white-wine grapes – Blanqueiron, Bourboulenc, Roussanne and Clairette – may be used alongside Vermentino in the white wines here, and also as minor ingredients in the rosés. The same is true of Ugni Blanc (known locally as “Roussan”).

Both Muscat Blanc and Chardonnay can also be found in Bellet, but only in white wines. 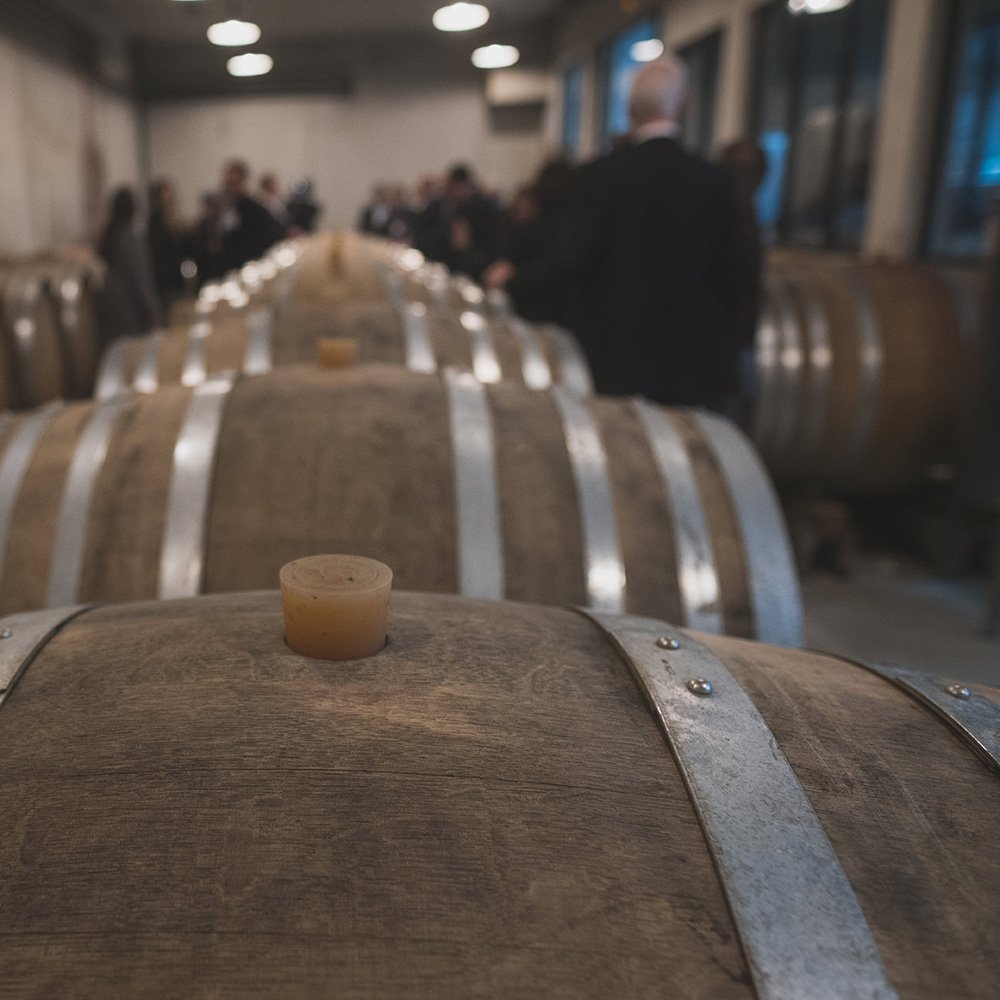 Provence staples Cinsaut (no more than 15% of any planting or wine) and Grenache play a supporting role to Braquet and Folle Noire in the appellation’s reds and rosés.

Bellet wines are largely consumed by the local market, including the many thousands of tourists who visit Nice and the surrounding area each year. This makes the task of finding a Bellet wine outside France (or northwestern Italy) something of a challenge.

The Bellet vineyards are as elusive as the wines they produce. Dotted between the houses and villas of the ever-expanding city, they are planted in the tightly-ridged hills which surround Nice to the north, east and west. Generally located on terraced sites, the vineyards occupy slopes too steep for any other use.

Sadly, the already-small Bellet viticultural area is slowly shrinking every year, losing ground to more profitable ventures such as real estate and tourism. This is despite a rich history of viticulture in the region, reputedly initiated by the Phoenicians when they established Marseille. The Greeks were the first to settle around modern-day Nice, then called “Nikaïa“, likely bringing, or augmenting, local plantings. 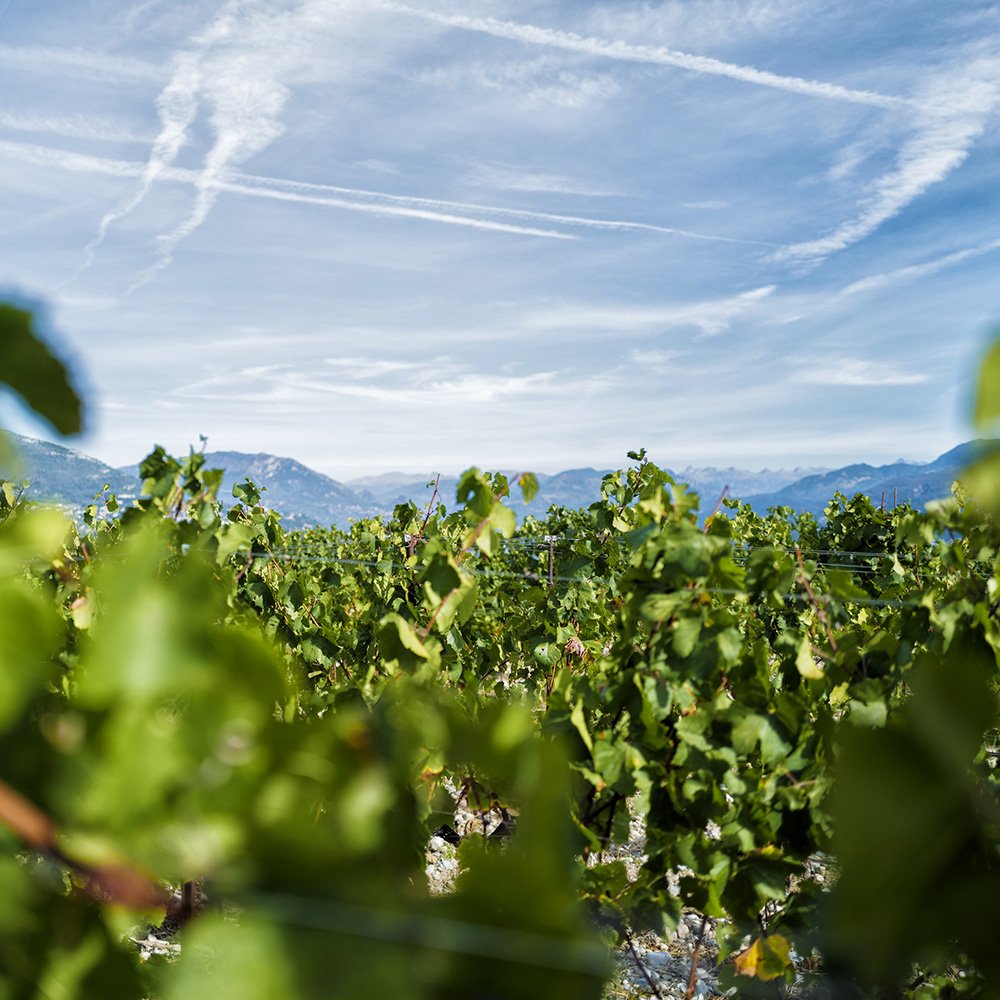 As a viticultural region, however, Bellet (or Nice) figures little in history until 17th century when its wines were mentioned by a local French governor.  The US ambassador to France and, later, president, Thomas Jefferson much admired and bought Bellet wines.

By 19th century, the region’s vineyards occupied 1,000 hectares (2,500 acres) in area. Sadly, as with much of France in the late 19th Century, phylloxera devastated viticulture in Bellet, and replanting (among numerous social upheavals, including two World Wars and increased urbanisation of the population) was slow. 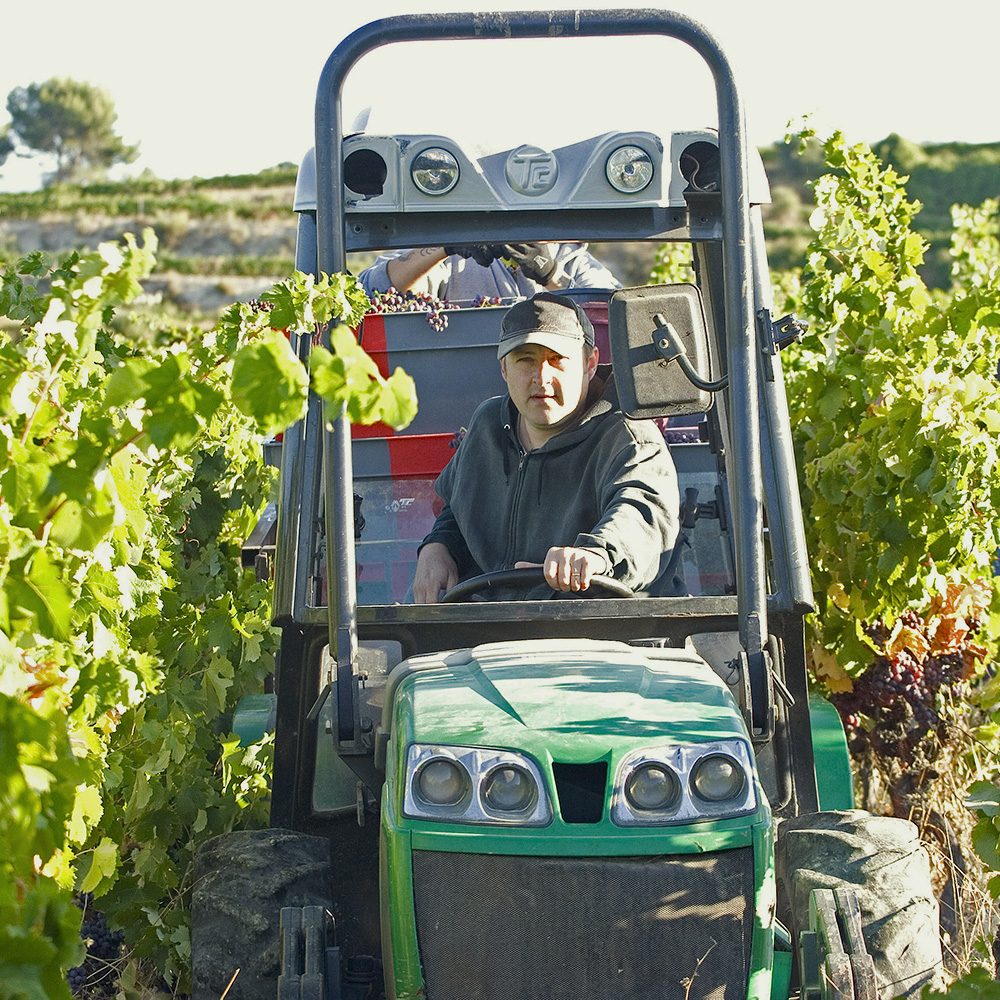 Finally,  the perseverance of the local winemakers was rewarded by the classification of Bellet wine as an “Appellation d’Origine Contrôlée“ (A.O.C.) in 1941.

In August 2007, the “Organisme de Défense et Gestion de l’Appellation Bellet“ (ODG Bellet) replaced the “Syndicat de Défense Viticole et de l’Appellation Contrôlée Bellet“. Its mission is to manage and defend the products of the Protected Appellation of Origin A.O.P. Bellet, in order to produce and market a high-quality wine from Nice.

15 Comments on “Wines of Bellet, Nice”