Yesterday I wrote about the local wines of Bellet produced by just ten vineyards, so today I’m going to cover my favourite ones from Château de Crémat, one of the oldest vineyards in France. The vineyard covers 10 hectares spread over the hills of Crémat, Saint-Sauveur and Saquier and enjoys an exceptional microclimate which allows the grapes to ripen slowly. Throughout the year, it is swept by winds coming down from the Alps and others coming from the Baie des Anges. 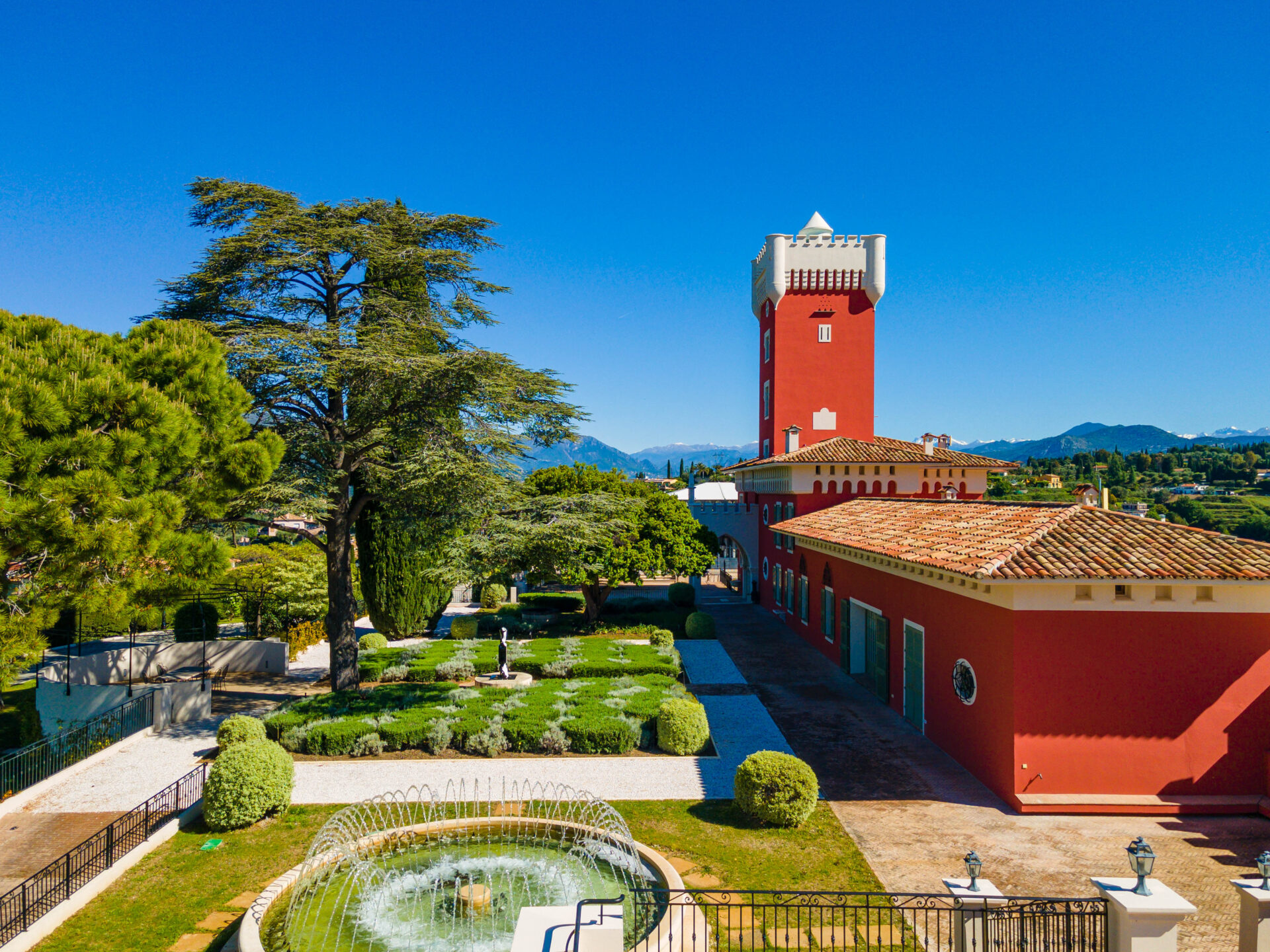 More than 2000 years ago the Romans settled on the site of Château de Crémat and dug tunnels…….which are still used today age and store its wines!

In 1900 Antoine Mari, a rich olive orchard owner, flower grower and wine merchant bought the site. Mari then constructed a château in 1906 above the afore-mentioned old Roman tunnels. In addition, he re-planted vines in vineyards that had been ravaged by phylloxera.

After the First World War Mari’s two sons decided to sell the château. The King of Spain was interested but in 1923 it was bought by a rich American the Irene Bretz, a wealthy shareholder in a railway company who was friends with the young designer Coco Chanel.

Mme Bretz used French architect Marcel Dalmas, responsible for the grand Belle Époque hotels, such as the Carlton in Cannes, to complete the interior and exterior of the château.

After the Wall Street Crash in 1929 the estate was sold again to the Thomé family who had just returned from Argentina. Pierre Thomé became president of the Syndicat of the Vignerons of Bellet and helped form the appellation in 1941.

Sadly after WWII, the appellation was close to destruction and nearly lost its appellation status.

At Château de Crémat, Jean Bagnis carried out alot of work in the cellar and the vineyards, restoring them to good order by 1947. Ten years later he and his son Charles bought the property.

As well as making wine from their own vineyards, the Bagnis family also owned the large Provençal brand l’Estandon, which now belongs to the Union des Caves Cooperatives. The Bagni’s bought grapes from various tiny producers around Bellet, who were mainly market gardeners growing carnations with a few vines as a sideline.

By 1986 the family owned 15ha, in the regions of Crémat, Saquier and Saint Saveur. 5ha of which produced white wine. Grapes from a further 23ha in Bellet, cultivated by 10 local growers, were bought but vinified separately at a neighbour’s domaine, La Tour Sarrasine between 1974 to 1982.

Wine merchants Yapp in 1988 had Château de Cremat on their list. Their notes read:

The Bagnis family are mainly responsible for the upswing in the fortunes of the appellation. Close attention is taken in the making of the wine. Bellet–Simple is wine vinified by the Bagnis’ from grapes supplied by their neighbours. Château de Cremat is made from their own grapes. Their Rosé is made from Braquet and Cinsault. The red is made from Folle Noire, Cinsault and a little Grenache and the white is made from Rolle.

The Macdonald Guide to French wines in 1988/9 wrote:

The Bagni’s sadly went bankrupt and sold the property to Jean-Pierre Pisoni in 1995 whose cellar master subsequently produced very oaky wines that were not typical of the appellation.

A Dutchman called Cornelis Kamerbeek rented the chateau from Pisoni in 2000, and enrolled at the University of Suz La Rousse to acquire the knowledge necessary to achieve his dream of becoming a winemaker, eventually purchasing the chateau and estate in 2002-3. 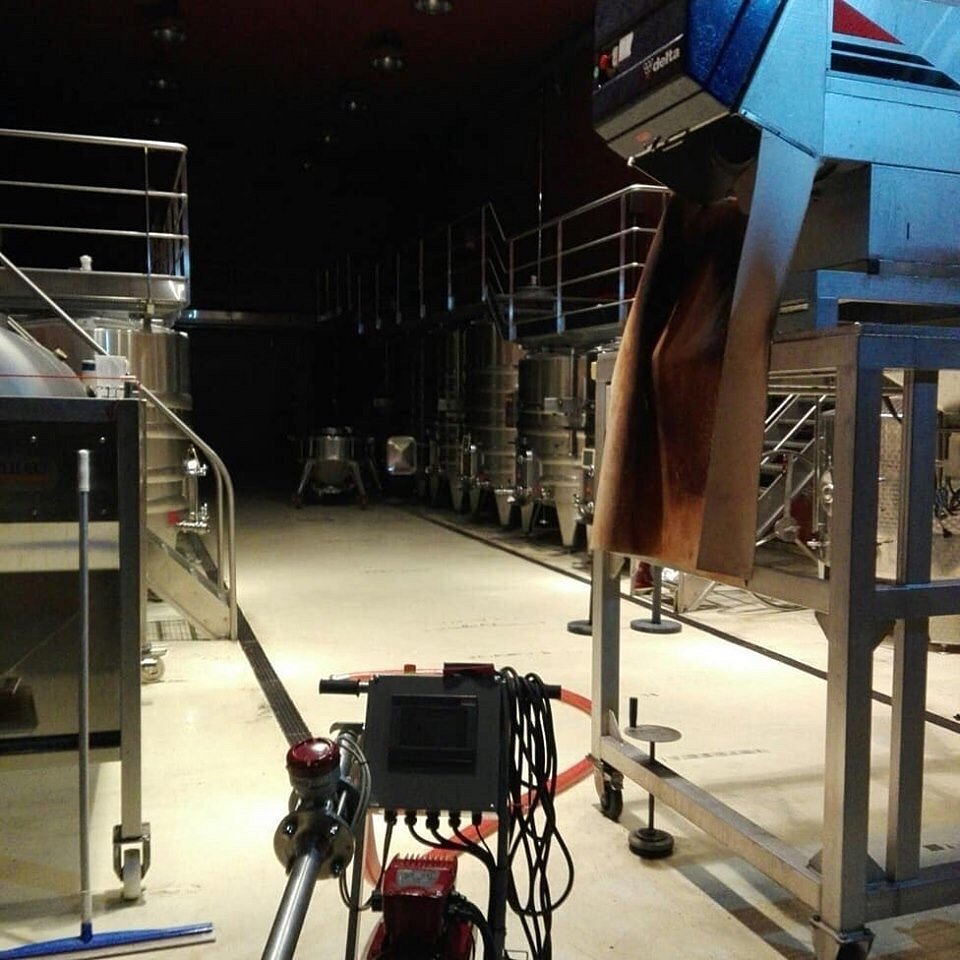 Kamerbeck modernised the entire estate , constructing an ultra-modern cellar adjacent to the Roman caves. He also transformed the vineyard into an entirely organic A.O.C. Finally Château de Crémat and its grounds were completely renovated, the latter included an open sky gallery to display the works of local artists.

In 2013 he joined forces with Olivier Bettati, a local politician, and launched the construction of a 300 m2 orange grove where star chefs revisit Niçoise cuisine for weddings, art exhibitions, concerts, galas dinners and wine tastings.

Château de Crémat was taken over in 2017 by local businessman Daniel Derichebourg and his family who are passionate about the vineyards and the region.