This week I’m getting out of the kitchen and into the wide outdoors with today’s French brand Salomon where I’m taking a look at their (currently) ultra-fashionable and wholly desirable footwear. 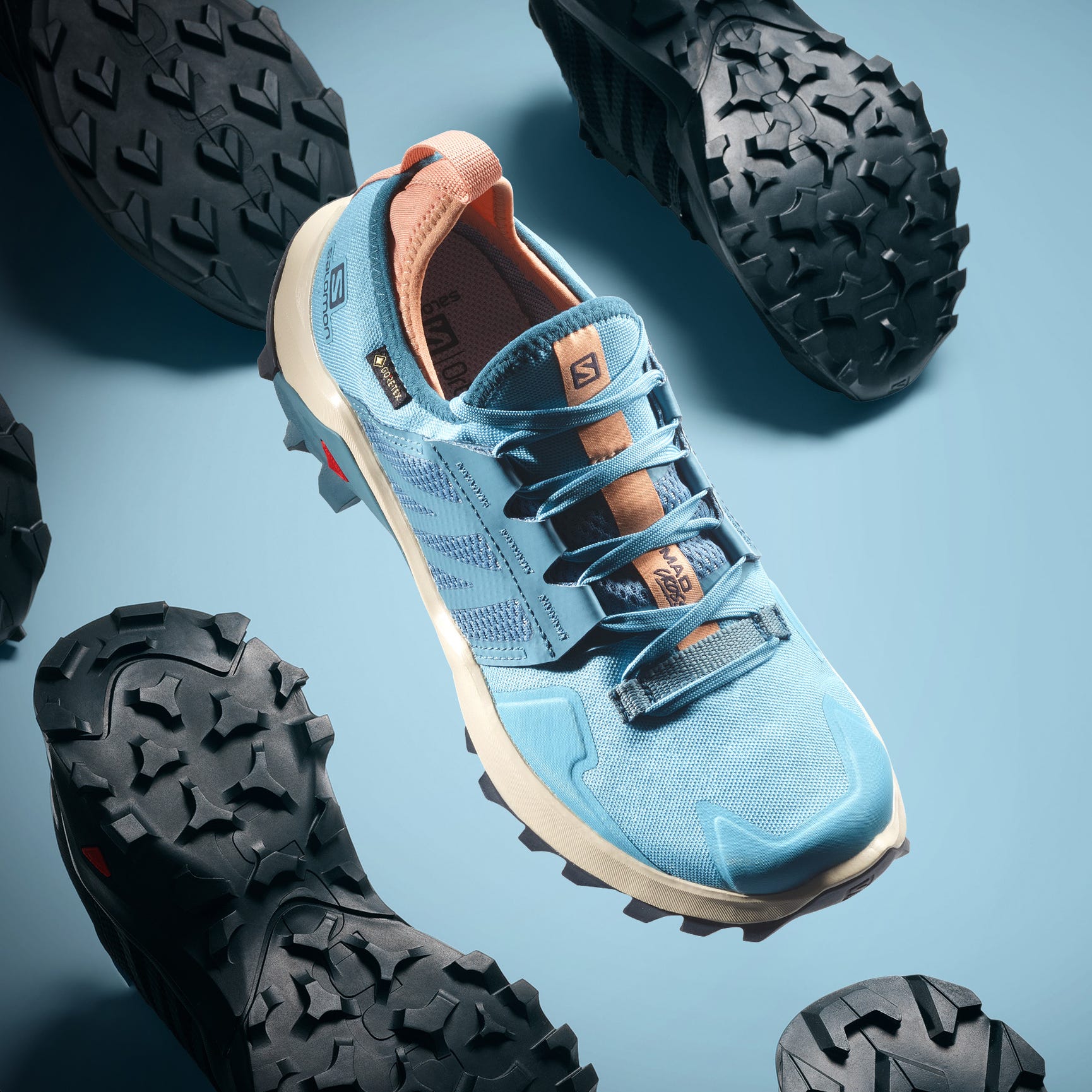 On the face of it, Salomon shouldn’t be cool. Founded in 1947 in Annecy, France – a lakeside Alpine town of canals and peach-coloured palaces – the engineering-led brand first made skiing equipment and then skiwear and clothing, branching out into shoes only in the early nineties. With its hard-wearing sneakers a firm favorite with trail runners, Salomon has always been built around function rather than fashion.

The Salomon story is really one about engineering, innovation and smart pivots, stretching back to before WWII, when François Salomon made saw blades in a little home workshop. After the war, when the newly liberated tourists started returning to the mountains to ski, François saw an opportunity to adapt his skills to ski edges which allow skis to turn sharply. But it was his son, Georges, who really took the business forward. Having studied engineering at night school, Georges’ first big idea was to build a machine to manufacture the edges, allowing him and his father to focus on developing ski equipment instead. 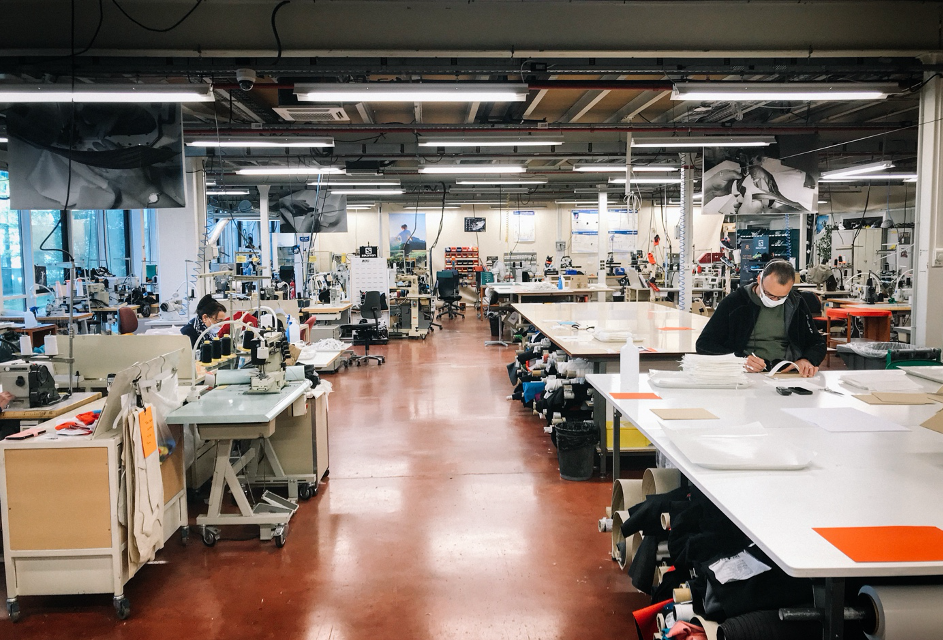 Georges came up with two game-changing ideas in the fifties, when skiers still used fixed leather straps as bindings, often resulting in broken bones as legs twisted with jammed skis. The first was a releasable binding, which attached to the toe-end of a boot; the second was a system which allowed the bindings to release on heavy impact. Today’s ski bindings are still made with the same basic design.

By 1972, Salomon was the world’s number-one binding brand, making 1 million of them  a year. It branched into ski boots in 1979, with the forward-flexing SX91 in 1984 considered the most influential ski boot of all time. In the nineties, Salomon began making snowboards, skis and Alpine hiking shoes. Meanwhile Georges’ obsession with innovation saw him buy US golf manufacturer TaylorMade, whose founder Gary Adams had designed the world’s first metal driver.

Salomon was bought by Adidas in 1997 and then sold to Chinese sportswear giant Amer Sports in 2005 when Adidas moved out of ski equipment and ski clothing. By then, Salomon was just as well known for its shoes, worn by the likes of trail-running champion Kilian Jornet Burgada, whose fastest-ever ascents of mountains including Everest, Matterhorn and Mont Blanc have brought the sport to wider prominence. More than 1 million pairs of the Speedcross shoe he wore are sold in Europe alone each year.

A move into fashion

Until 2015, the worlds of Salomon and fashion had never, ever collided. The bright-neon colourways were designed solely for high visibility on extreme hikes and runs. But the story goes that a single customer walked into The Broken Arm, an influential Paris streetwear shop, asking for a pair of Salomon Snowcross boots – which look like avant-garde aqua socks, albeit designed for trail-running in the snow rather than strutting the streets. Soon, Salomon and The Broken Arm were collaborating: the same core design as the Snowcross, but with a new outer sole and a sharp grey, green and tangerine colourway. 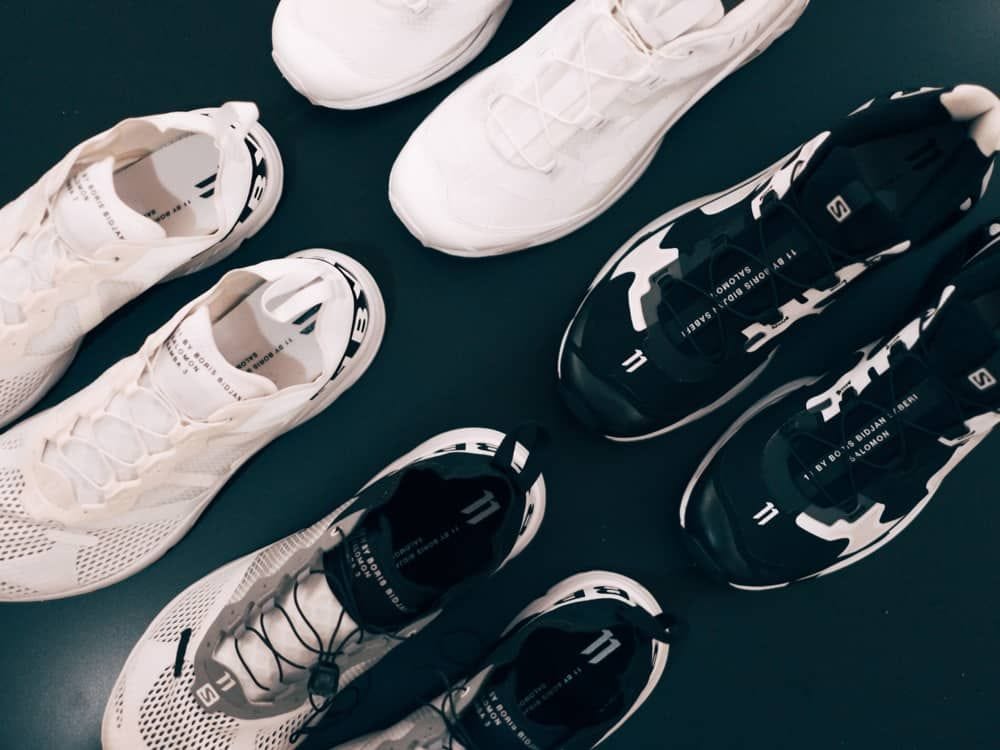 A series of seemingly surprising collaborations have followed, starting in early 2016 with German menswear designer Boris Bidjan Saberi, known for his use of technical materials, who redesigned the iconic Speedcross 3 trail-running shoe in all-black and all-white. With a growing demand for lifestyle-focused shoes, that same year Jean-Philippe Lalonde joined from Veilance, to start a new Sportstyle division at Salomon, fusing street style with performance, which began with three employees and a blank slate. 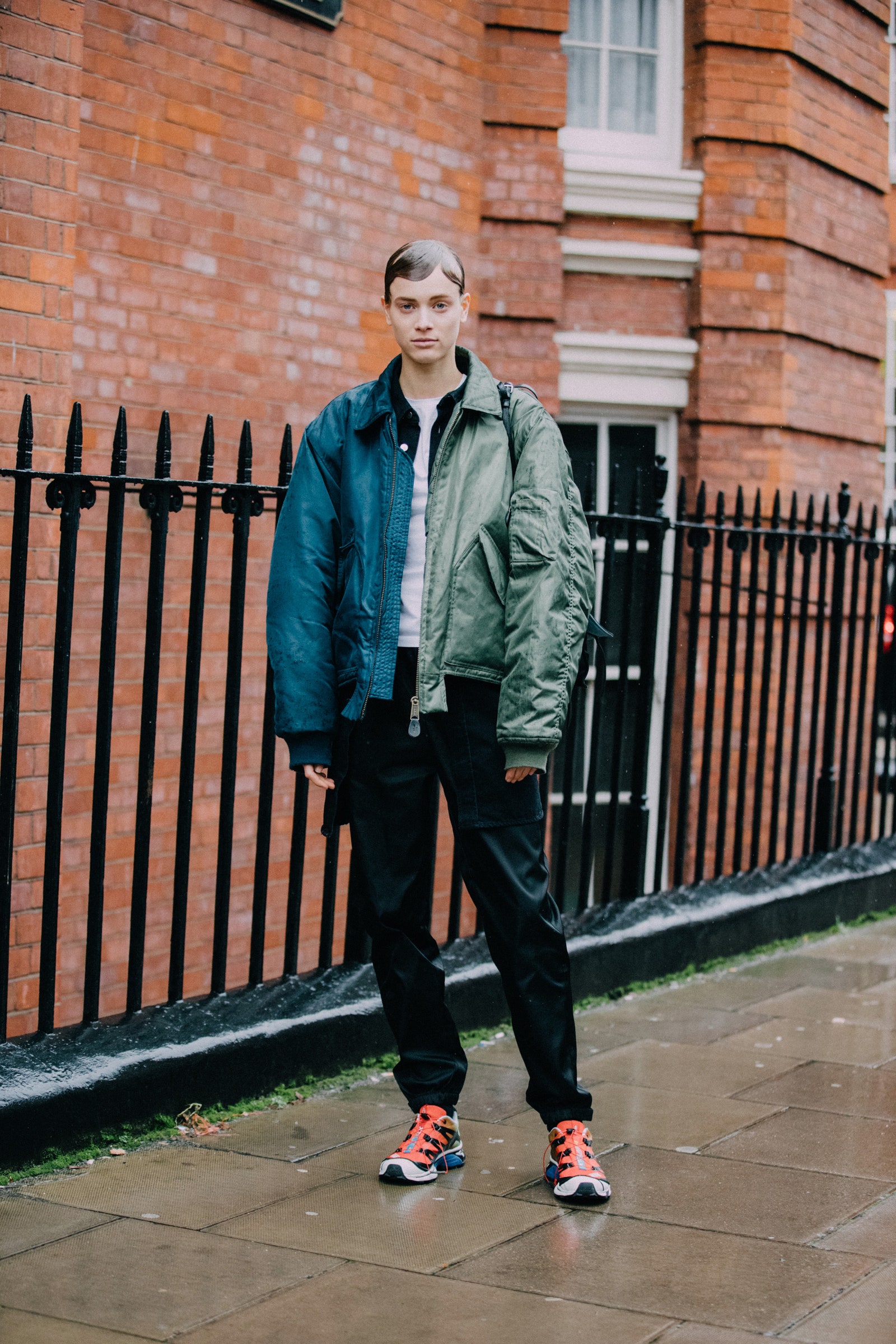 The Advanced program that Jean-Philippe subsequently created largely kept the core shoe designs the same, but added bold colorways and design features. The Sportstyle team have grown to 12, but it remains a tiny portion of Salomon’s product range, which still covers the gamut of gear for running, hiking, snowboarding and skiing. But this lifestyle arm is the fastest-growing part of the business giving it an outsized impact on perception of the brand.

Salomon even had a showroom at 2018 Paris Men’s Fashion Week and now it is firmly entrenched in the fashion world. In the past five years, Salomon sneakers have been worn by Kanye West and Rihanna, hyped by streetwear blogs while collaborating with a variety of popular niche brands. Despite being part of Chinese-owned sporting-goods giant Amer, Salomon is as popular with stylists and sneaker-heads as it is with Nordic skiers and Alpine trail runners. Its journey is a masterclass in finding a new audience while staying true to a brand’s core.

Five key learnings can be taken from Salomon’s move into fashion.

Salomon has been at the forefront of a trend for techwear where there’s been a growing interest in really functional, really technical sneakers, that’s not going anywhere. In fact, after Covid, there’s an even greater desire for really functional products. The great thing about all Salomon’s products is that they really do what they’re supposed to do. They just work.

Part of Salomon’s appeal is its authenticity. Salomon’s Sportstyle sneakers are made with exactly the same commitment to performance as the rest of the Salomon product range. Most of their collaborations are based on existing core designs, never straying too far from the core of the brand, which is about product technology,. Even in the city, people want functional designs that protect them and keep them comfortable.’

Many brands now want to collaborate with Salomon, but it will only do so when it ‘feels organic’. That doesn’t mean playing it safe, though, as seen with the brand’s collaboration with London-based Palace Skateboards, whose audience is younger and more street-focused, whereas Salomon’s is older and more outdoorsy. But it felt right and has allowed the company to grow its customer base.

4. Always feedback to the brand

At the Salomon office in Annecy, there’s a quote from Georges Salomon above reception that reads:

I’m fascinated by what I’ll do tomorrow.

Teams in Annecy constantly work on solving design problems, building prototypes of everything from Nordic ski poles to trail-running vests – which has fed into the Sportstyle division.

Salomon has recently started repurposing old designs for a new market. The brand is set to re-issue three classic models as part of its latest collaboration with The Broken Arm. And there are plans to release more classic designs when Salomon celebrates 30 years since it first made shoes, initially to compete in the 1,000km Raid Gauloises ultramarathon.

All images courtesy of Salomon